Four influential Egyptians were allegedly tapped up to back US recognition of Jerusalem as Israel's capital. MEE looks at their profiles Four Egyptian television and film personalities have allegedly been directed by Egypt's secret service to publicly back Donald Trump's decision to recognise Jerusalem as Israel's capital.

In four phone conversations, a man named by the New York Times as Captain Ashraf al-Kholi told Mofid Fawzy, Saeed Hassaseen, Yousra and Azmi Megahed that while the Egyptian state would condemn the move, it wanted highly influential people like them to help convince Egyptians the plan was in their country's interests.

Middle East Eye looks at the four alleged agents of the Egyptian state. 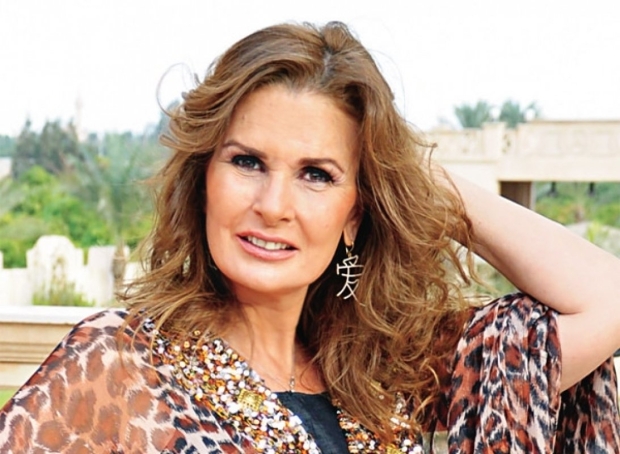 One of the biggest Egyptian actresses, known both regionally and internationally. She describes herself as a "Nasserist" and is known to support the Egyptian state.

The 66-year-old's first acting breaks were in the 70s and Yousra, real name Civene Nessim, has appeared in nearly 60 feature films and more than a dozen serials.

Youssra has received over 50 awards in recognition of her work as a UN Development Programme goodwill ambassador.

She demonstrated against Israeli involvement in the Lebanese civil war, and demanded the Israeli ambassador be expelled from Egypt.

Yousra told the Egyptian news website Masrawy she had never heard of Ashraf al-Kholi: "This is impossible. The report is not true." A TV presenter and journalist of many years, known for his flamboyant dress sense and hairstyle.

He has hosted the programme Talk of the Town, broadcast on state television, for nearly three decades and was also a co-host for Al-Qahira Al-Youm.

After a seven-year hiatus following the 2011 Egyptian revolution, Fawzy is due to return to TV, joining the privately owned pro-government CBC channel.

Both al-Watan and CBC Channel are owned by Egyptian businessman Mohamed al-Amin.

He is nicknamed "Moustafeed" (or "beneficiary") for appearing to always side and promote government opinions.

The New York Times said Fawzy quickly denied taking part in any such conversation and immediately hung up the phone when contacted. A former army brigadier who became a sports presenter and talk show host in 2016.

He currently presents the al-Malaaf programme on the al-Aseema channel.

The Times said Megahed confirmed his conversation with the secret services officer and agreed to his request based on his personal assessment of the need to avoid a fresh outbreak of violence.

"I am friends with Ashraf and we talk all the time,” he told the newspaper. “Another intifada would be bad. I have no problem saying all of the things you have heard in that call in public.

"We should have buses pick up all the people who say they want to go fight for Jerusalem and actually drive them to Jerusalem.

"Go fight if you are so tough. People are sick of the slogans and all that. I only care about the interests of my country."

On television, after the conversation with the spy, he told his audience of the issue of Jerusalem: "Enough already. It got old." Elected two years ago as an independent candidate, Hassaseen is a member of the Egyptian parliament and a supporter of the Sisi government.

He is also the former owner of the television channel al-Aseema, which he sold to the Egyptian intelligence services a month ago.

The New York Times reported Hassaseen as telling the secret services officer: “Give me orders, sir. I am at your command.”

Hassaseen said he would sue the New York Times for its article, telling al-Balad: “No intelligence officer has contacted me... and no one dictates my opinions to me." The government interlocutor, according to the New York Times.

Described as a captain in the secret intelligence services, nothing is known of Kholi save for his dedication to the Egyptian state.

“The point that is dangerous for us is the intifada issue,” Captain Kholi said in one of the conversations. “An intifada would not serve Egypt’s national security interests because an intifada would revive the Islamists and Hamas. Hamas would be reborn once more.”

“At the end of the day, later on, Jerusalem won’t be much different from Ramallah. What matters is ending the suffering of the Palestinian people.

"Concessions are a must, and if we reach a concession whereby Ramallah will be the capital of Palestine, to end the war, then we would go for it.” 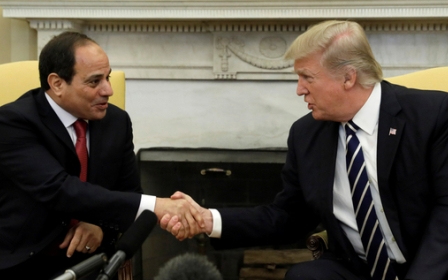 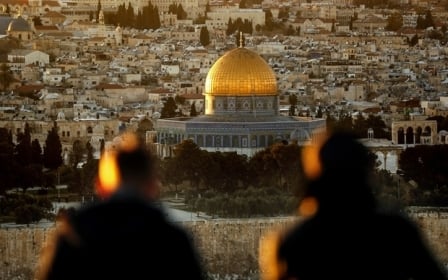