Head of the Taliban delegation Abdul Salam Hanafi (R), accompanied by Taliban officials (2R to L) Amir Khan Muttaqi, Shahabuddin Delawar and Abdul Latif Mansour, walks down a hotel lobby during the talks in Doha on 12 August 2021 (AFP)
By
MEE and agencies

Efforts to stall the Taliban's total takeover of Afghanistan have failed, as the group lays claim to the capital following the evacuation of President Ashraf Ghani, who fled the country earlier on Sunday.

President Ghani is said to have fled to Uzbekistan, telling reporters that he left the country to avoid further bloodshed.

An Afghan government delegation was set to travel to Qatar earlier on Sunday to meet with representatives of the Taliban in hopes to slow down the group's rapid takeover, but those efforts have faltered.

Instead, Qatar has called for a "peaceful transfer of power" and an immediate, comprehensive and permanent ceasefire in all Afghan territories.

The Taliban's advance onto Kabul marks a victorious end to its 10-day offensive to take back power after it was toppled by US-led forces two decades ago in the aftermath of the 9/11 attacks. Qatar on Saturday called on the Taliban to cease fire and halt its offensive as the local government's US-trained forces rapidly collapsed.

Qatari Foreign Minister Mohammed bin Abdulrahman al-Thani, during a meeting with a top Taliban representative in Doha at the time, urged the group to stand down and "reduce escalation'.

Doha, which hosts the Taliban's political office, has facilitated on-and-off meetings between the Taliban and the Afghan government for months, with little sign of progress.

With the country's second- and third-largest cities, Kandahar and Herat, in Taliban hands, there was little to no resistance as the group descended into the capital, Kabul, which was effectively the last stand for government forces.

Meanwhile, Nato announced on Sunday that it still supports efforts to reach a political solution, which it described as "more urgent than ever".

"We are helping to maintain operations at Kabul airport to keep Afghanistan connected with the world," a Nato official told AFP.

"We also maintain our diplomatic presence in Kabul. The security of our personnel is paramount, and we continue to adjust as necessary."

Nato troops have withdrawn from Afghanistan following US President Joe Biden's decision to pull out of the country, paving the way for the Taliban comeback.

The militant group has declared its intention to seize power in Afghanistan in a "peaceful transfer of power". A spokesperson from the Emirati airline flydubai told Reuters that it will suspend flights to Kabul from Monday until further notice.

On Wednesday, Turkish President Recep Tayyip Erdogan left the door open to a possible meeting with the Taliban's official leader, whom he did not name, to discuss the situation regarding Kabul international airport, which Ankara wants to continue to protect.

The Taliban’s spiritual leader, Haibatullah Akhundzada, has not been seen in public since 2016. The group's current public face is Mullah Abdul Ghani Baradar, one of the co-founders of the Taliban, who is leading the political office and is part of the group's negotiating team in Doha. 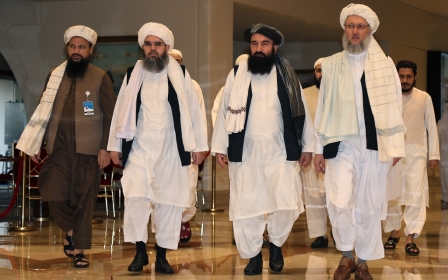 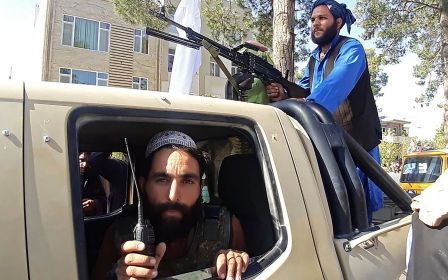