Turkey-backed-opposition fighters regroup on the western outskirts of al-Bab on February 9, 2017 (AFP)
By
MEE and agencies

Rebels backed by Turkey have now taken much of the Syrian town of al-Bab from Islamic State (IS), Turkish Prime Minister Binali Yildirim said on Tuesday.

"Al-Bab has been largely taken under control,” Yildirim Reuters told the ruling AK Party in parliament on Tuesday in comments reported by Reuters.

“Our aim is to prevent the opening of corridors from territories controlled by terrorist organisations to Turkey,” he said.

His comments echo those of Turkish President Recep Tayyip Erdogan on Sunday, who said that Turkey-backed forces had entered the centre of Al-Bab and that it would be captured soon.

"Daesh forces have begun leaving al-Bab completely," he said, using an Arabic acronym for the Islamic State (IS) group.

Erdogan also said that the final goal of the Turkish military incursion into Syria was not just to retake the city of al-Bab from IS, but to cleanse a border region - including the IS de facto capital, Raqqa - of the militants.

Al-Bab has been the scene of intense fighting between the rebels and Turkish forces one side and IS on the other for several weeks. The town is only 30km south of the Turkish border.

The Turkish army launched an ambitious campaign inside Syria on 24 August, codenamed Euphrates Shield, to rid its border from IS militants and stop the advance of Kurdish militia.

Al-Bab is the militant group's last stronghold in the northern province of Aleppo and is also being targeted by Syrian government forces.

The statement came as Turkey’s Hurriyet newspaper reported that rebel forces and those of Syrian President Bashar al-Assad have created a security corridor to avoid clashes around al-Bab.

The reports of unusual cooperation between the warring factions have yet to be confirmed.

The newspaper said that the zone was like the demilitarised "Green Line" in Cyprus, created in the 1970s between the Turkish Cypriot and Greek Cypriot communities.

The corridor has been set up to the south of the town and is anything from 500 metres to one kilometre wide. 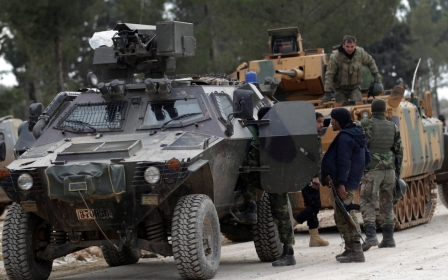 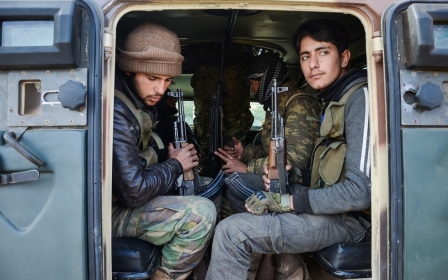