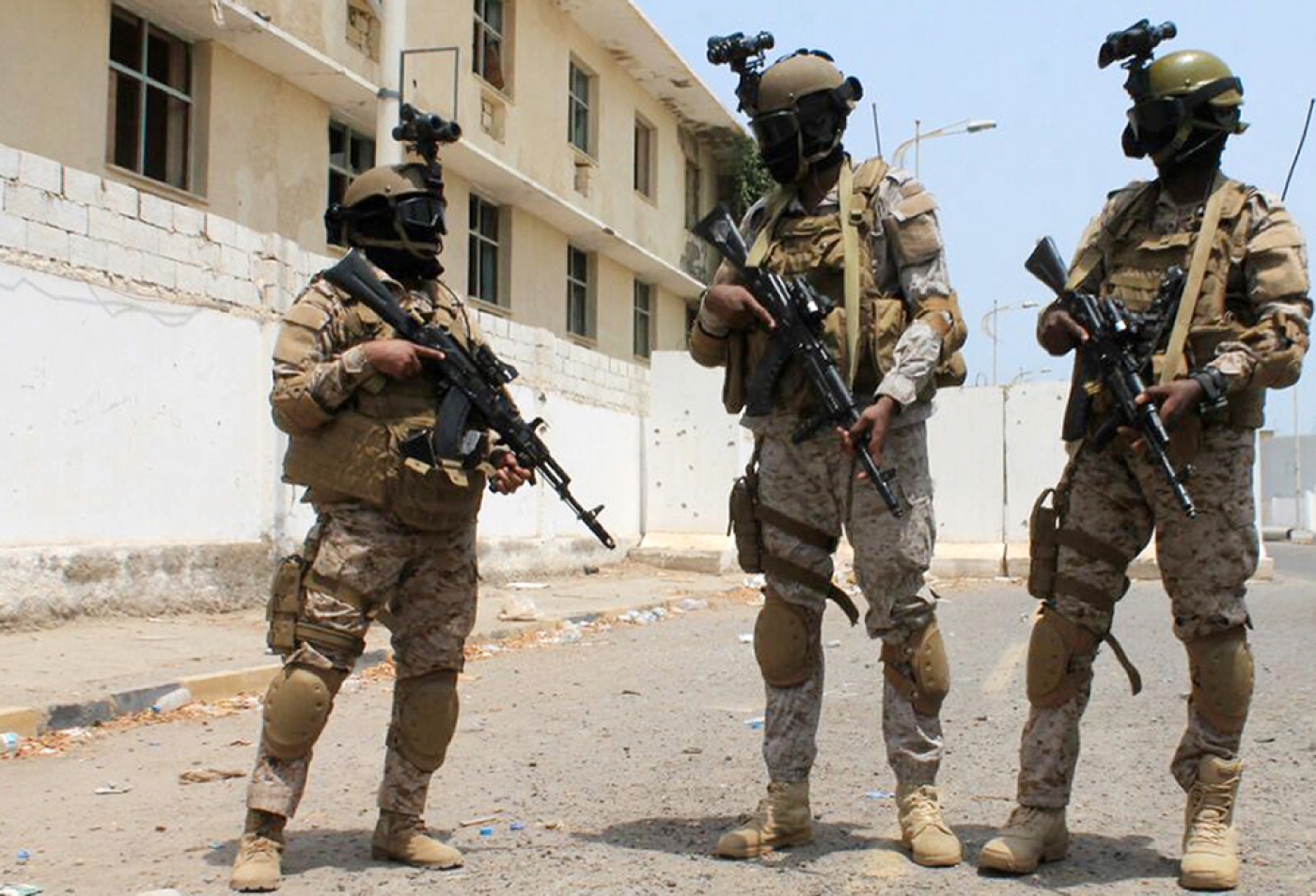 A bomb destroyed the secret police headquarters in Aden on Saturday, residents of the southern Yemen city said, in an attack that one official blamed on al-Qaeda.

The four-storey building in the Tawahi neighbourhood of Aden was razed by the blast, which occurred at around 6 am (0300 GMT) and could be heard across the city, residents said.

One local official, who declined to be named, said the bombing was carried out by al-Qaeda in the Arabian Peninsula (AQAP).

"These elements have since [the start of] August destroyed or removed secret police files in Aden," the official said.

The explosion caused no casualties, the official said, adding that AQAP members had withdrawn from the area after the blast.

AQAP, which the United States says is the global network's most dangerous branch, has taken advantage of months of violence and chaos in Yemen to make territorial gains, overrunning in April the port of Mukalla, capital of the eastern Hadramawt province.

Meanwhile, a helicopter from the Saudi-led forces battling anti-government militiamen in Yemen crashed along the Saudi border, killing the two pilots, the coalition said on Saturday.

"The two pilots fell as martyrs when their aircraft crashed while they were defending the borders of Saudi Arabia from these aggressors," the coalition said in a statement published by the official SPA news agency.

It said that the Apache helicopter went down in the Jazan region of the kingdom, adding that an inquiry had been launched into the causes of the crash.

Yemen's Iran-backed Houthi militia said on Friday night that they had shot down a Saudi Apache in the same region.

Saudi Arabia has led a coalition of Arab countries conducting air strikes on anti-government militiamen in Yemen since late March.

Meanwhile, dozens of people, mostly civilians, have been killed in fighting and air strikes by a Saudi-led coalition in Yemen's rebel-held third city Taiz, seen as the gateway to recapturing the capital.

Backed by the coalition, loyalists to president Hadi have recently made sweeping advances against the Houthi militia.

They retook the southern port and second city Aden last month, and have seized four additional southern provinces in their advance towards Taiz, some 330 kilometres (205 miles) south of Sanaa.

Rima Kamal, spokeswoman in Yemen for the International Committee of the Red Cross, said the violence on Friday had killed 80 people by late evening, adding that it was unknown if people in the city were "dead or alive under the rubble".

"My colleague was told that by noon yesterday, there were 50 killed; in the evening it went up to 80. These are figures we are receiving from various sides," she told AFP.

Doctors Without Borders said Friday that 65 civilians had been killed and several hurt in bombing runs in Taiz's Salah neighbourhood.

The two sides have fought over Taiz for months, but clashes there began intensifying in mid-August as the loyalists pushed north after consolidating their gains in the south.

Heavy fighting that began on Sunday killed more than 80 fighters from both sides people in 24 hours, military sources said.

Kamal said Saturday that "civilians are suffering on multiple fronts. There was an overwhelming number of civilians killed yesterday."

She said shelling and clashes were ongoing on Saturday, with residents saying fighting around a presidential palace in Taez had killed three civilians. Yemen War
Yemen loyalists take back another province from rebels