An Algerian court sentenced prominent anti-government activist Amira Bouraoui to a year in prison on Sunday amid a growing climate of repression, one of her lawyers said.

"This conviction is unjust, there is no evidence. We are going to appeal," lawyer Mustapha Bouchachi told AFP.

Bouraoui, a 44-year-old gynaecologist, is a prominent activist in the "Hirak" protest movement that secured the resignation of former president Abdelaziz Bouteflika last April.

The mother of two was convicted on six counts, including "insulting Islam", "insulting the president" Abdelmadjid Tebboune and "incitement to violate [the] lockdown" during the coronavirus pandemic. Bouchachi said: "These kind of lawsuits, which have been going on for months, won't calm the political situation.

"It's not the best way to open up towards society, activists and this peaceful revolution," she added, referring to the Hirak movement.

Bouraoui was taken into custody after being arrested at her home on Wednesday.

A former activist with the Barakat or "That's Enough!" movement, she came to prominence in 2014 when she opposed Bouteflika running for a fourth term.

In recent days, Algerian authorities have arrested and prosecuted numerous activists in a bid to prevent protests from resuming as the coronavirus lockdown is lifted.

Most prosecutions are being carried out under a new penal code hastily passed on 22 April amid the public health crisis.

The recent wave of arrests and prosecutions has led some opposition activists to say that the rights situation in Algeria today is worse than during Bouteflika's rule, particularly with regard to media freedom.

The North African country has gradually been relaxing its coronavirus lockdown measures since 7 June.

Still, even though large gatherings have been forbidden since mid-March, hundreds of protesters turned out on Friday to resume the weekly protests that marked the political scene before the virus lockdown - particularly in the northwest Kabylie region, according to local sources.

In some cities, security forces clashed with protesters, particularly in Bejaia, 245km (150 miles) east of Algiers, where according to some videos circulating on social networks, the police used tear gas bombs and rubber bullets to disperse the demonstrators - which led to clashes in the city centre, the North Africa Post reported.

Violent clashes between the #Kabyle people and the Algerian occupation forces in #Bejaia, in the #Kabylie occupied territory.#Algeria #MAK pic.twitter.com/CvG3EuohdM

The authorities arrested almost 500 people across the country during Friday's banned demonstrations, though most were subsequently released, said Said Salhi, vice president of the Algerian Human Rights League (LADDH).

Before the latest wave of arrests, the National Committee for the Liberation of Prisoners (CNLD) said about 60 people linked to the Hirak movement were in detention.

The movement started in February 2019, and after obtaining the resignation of Bouteflika after 20 years in power, protests continued, demanding an overhaul of Algeria's political system that has been in place since independence from France in 1962. 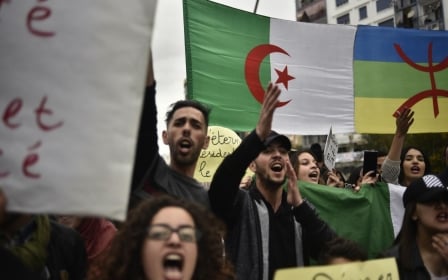 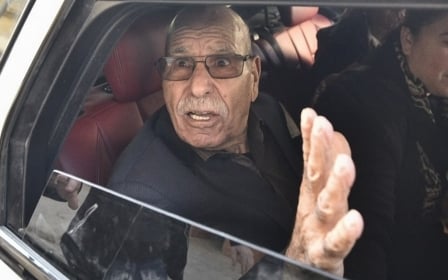