The dismissal of police chief Abdelghani Hamel, who was tipped to run in the 2019 election, has shocked Algeria 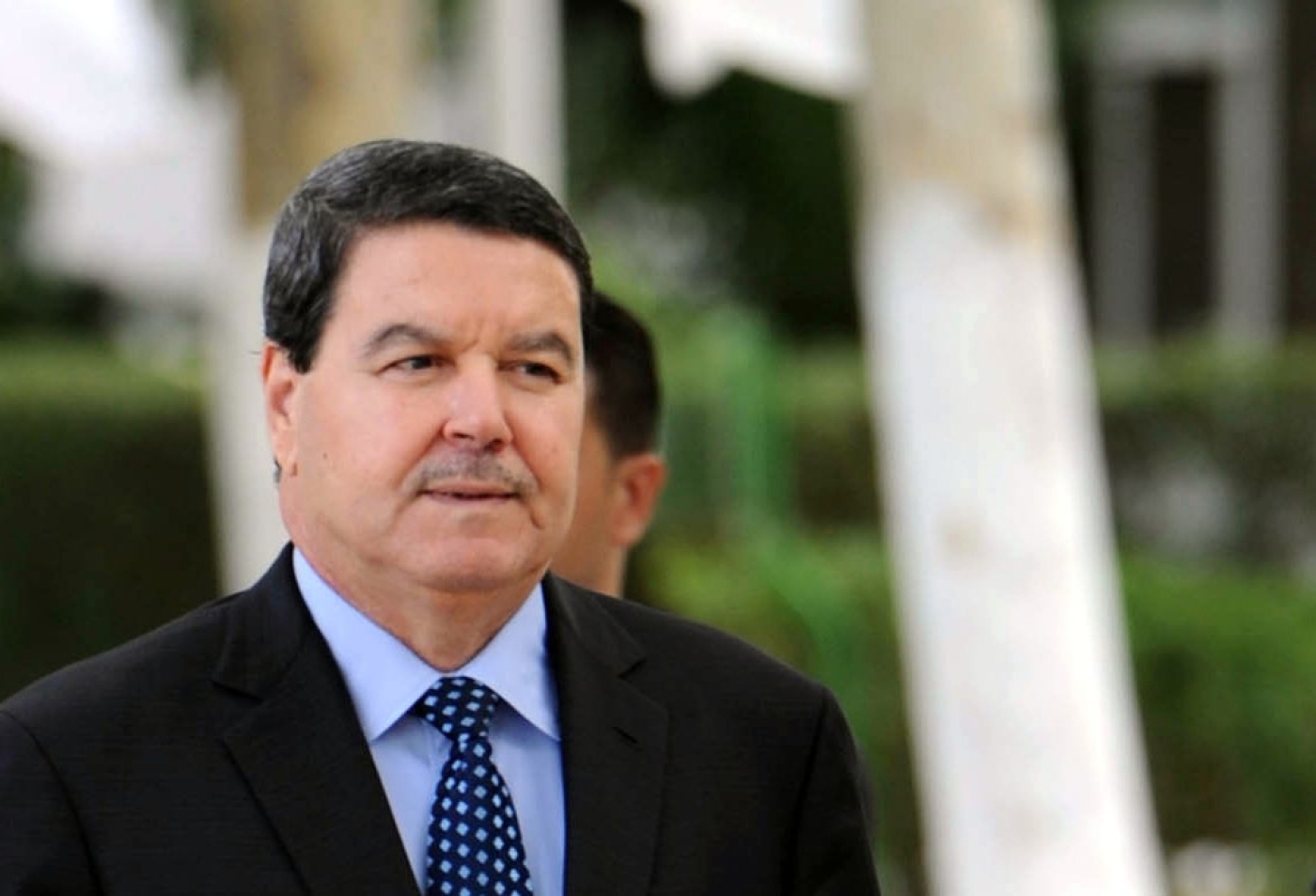 ALGIERS – When the dismissal came it was sudden. General Abdelghani Hamel, 62, the country’s highest-ranking security official and a stalwart supporter of President Abdelaziz Bouteflika, was sacked by the country’s leader. His replacement was retired Colonel Mustapha-Lakhdar El Habiri, 79, who until then had been head of civil protection.

No reason was given for Hamel's sacking on Tuesday, raising more than a few eyebrows in Algiers. Hamel belonged to Bouteflika's very select inner circle, which also includes Ahmed Gaid Salah, the military chief of staff and a handful of other advisers and confidants.

Under Hamel’s direction, the national police - also known as the Directorate General for National Security (DGSN) - had risen in importance during the past 10 years, becoming an indispensable check, for Bouteflika and his entourage, on the power of the Department of Intelligence and Security (DRS), the Algerian secret service which was officially dissolved in January 2016.

Some analysts considered the “amiable and competent” officer - as his relatives in Algiers described him - as a potential candidate to succeed Bouteflika, who is 81 and weak from illness.

Some considered Hamel as a potential candidate to succeed Bouteflika, who is 81 and weak from illness

A former border guard chief and head of the Algerian Republican Guard, Hamel had already weathered a major crisis in October 2014, when hundreds of officers marched on Algiers to protest against their working conditions and his policies.

Hamel was able to douse the anger which fanned the protests, including cuts to overtime, and punished the police chiefs who were behind the action. But this summer, the police strongman stumbled.

The cause of Hamel’s downfall began with the seizure of 701kgs of cocaine in the western Algerian port of Oran, an incident which has now come to monopolise Algerian media coverage.

On 29 May, special forces from the Algerian Navy boarded a ship sailing from Valencia, Spain and discovered the drugs, which were believed to have originated from Brazil.

The national police investigated and quickly dismantled an alleged trafficking ring, arresting an Algerian businessman known as "The Butcher" and his associates.

A number of other suspects, mentioned by the media, have high public profiles, including judges, prosecutors, mayors, property developers and the children of prominent politicians. The media reported that all had links to the main defendant through his core property investment business.

According to the media, even Hamel’s “personal chauffeur” appeared on the list. But the DGSN denied the allegations and said that the driver was “one of its fleet of drivers and not the personal chauffeur of the head of National Security”.

Translation: Gaid Salah: The seizing of 701 kilogrammes of cocaine is 'the best proof of the efficiency of naval forces' efforts'

These revelations, along with an ever-growing list of suspects, have created a sense of turmoil among Algiers’ political and media circles.

In 1998, a series of scandals targeted General Mohammed Betchine, adviser to then-president, Liamine Zeroual, to weaken the head of state. It worked: by September, Zeroual announced his departure and called early presidential elections.

Abdelmoumen Khalifa, a billionaire who made a fortune in Algeria during the early 2000s by cheating on money transfers, was eventually extradited from London to Algeria to stand trial, in which several high-level officials were implicated.

In 2016, the scandal which enveloped state energy company Sonatrach resulted in prison sentences for several individuals, including a former vice president of the firm.

And during the summer of 2017, mounting tension about the role of money in the upper echelons of politics resulted in the surprise fall of prime minister Abdelmadjid Tebboune.

In the current atmosphere of paranoia, even the slightest mention of corruption prompts fears of condemnation from the manifold branches of government.

On 25 June, the minister told parliament that the confiscation of “electronic devices, cell phones and video surveillance cameras [had] revealed that certain individuals had been involved in the corruption case and paid kickbacks in exchange for favours”. He also said that the war on corruption and crime was part of a "deep-rooted policy of state”.

If you want to fight corruption, you need to be clean yourself

It was apparent that the seizure of the cocaine and the resulting fallout was part of a fully fledged anti-corruption campaign.

Then Hamel referred to the case while speaking to journalists at the Algerian police headquarters on 26 June, the International Day Against Drug Abuse and Illicit Trafficking, and in doing so delivered three significant messages.

Second, even though the police had already admitted that a DGSN driver was among the suspects, Hamel said that “though our department has no direct ties to the inquiry, we will hand over to the judiciary any files in our possession pertaining to the case”.

But it was Hamel's closing remark, which was especially cautionary in tone and repeated several times, that caused the biggest stir.

“If you want to fight corruption,” the police chief said, “you need to be clean yourself.”

Hamel's words found no favour among Algiers' decision-making circles, where it was regarded as critical of the investigators.

A government official told MEE: “By accusing other security forces of negligence and publicly revealing the existence of files that have yet to be shared with the judiciary, Hamel may also be saying that the struggles between the different branches of the system is getting worse.”

Translation: Who is Abdelghani Hamel, the general dismissed from the DGSN, speaking to? A troubling statement: 'If you want to fight corruption, you need to be clean yourself.' This says a lot about heated insider infighting.

Another top-level official told Middle East Eye that the “the unity of the security forces and institutions needs to remain a priority to deal with various challenges, such as the fight against corruption that is taking on alarming proportions, and even affecting core areas of government. It will not go unpunished.”

The unity of the security forces and institutions needs to remain a priority to deal with various challenges, such as the fight against corruption

Algeria is scheduled to hold elections in 2019. Presidential coalition parties -  including the National Liberation Front (FLN), of which Abdelaziz Bouteflika is president, and the National Rally for Democracy (NRD) of Prime Minister Ahmed Ouyahia - have all appealed to the leader to run for a fifth term.

But potential candidates jostling for power are likely to be quizzed about corruption in a country which is regularly beset by financial scandals. Many of those in Bouteflika's circle want to clear out any hint of scandal so that Bouteflika's reign, unlike that of many Algerian politicians, will end cleanly.

Algeria's political classes, and the rest of the country, face a long hot summer.

- The article is based on an a translation of a story that was originally published by Middle East Eye's French website. 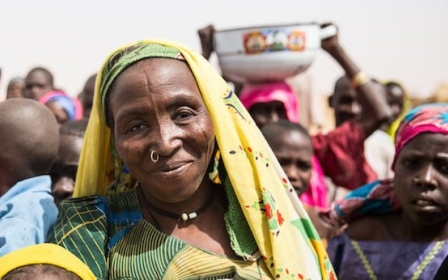 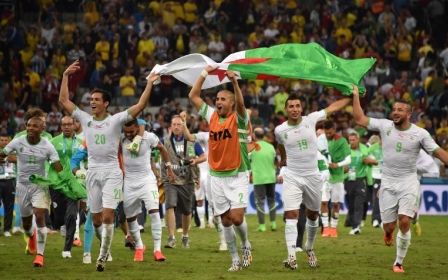 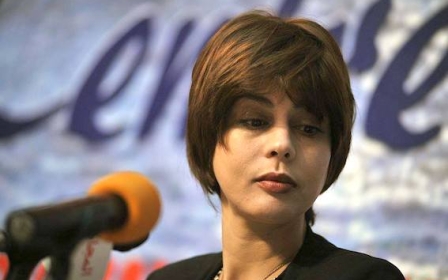