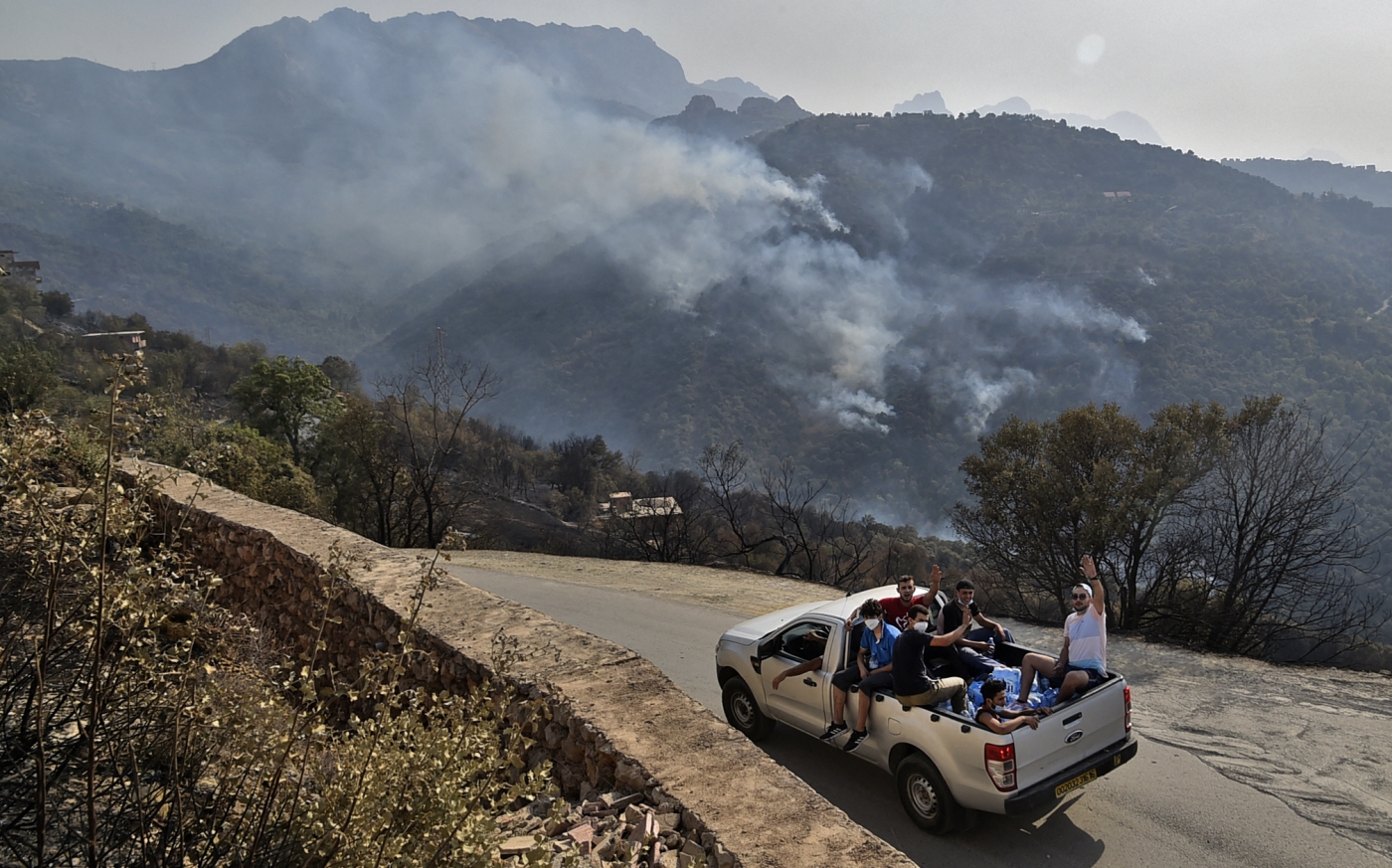 Algerian sitting alongside belongings in the back of a pick up truck gesture in greeting as they drive across from forest fires, in the Ait Daoud area of northern Algeria, on August 13, 2021 (AFP)
By
MEE staff

Algeria's emergency services said wildfires were largely under control after dozens were arrested on Sunday over the lynching of a man they suspected of being behind the flames which have ripped through the north African country.

Police said they had arrested 36 people, including three women, over the killing of Jamal Ben Ismail, a 35-year-old who friends said had been involved in helping tackle the raging forest fires.

"A preliminary enquiry... into the homicide, lynching, immolation and mutilation... of Jamal Ben Ismail... led to the arrest of 36 suspects including three women," police chief Mohamed Chakour told reporters. Ismail was murdered after he arrived in the Algerian city of Tizi Ouzou, one of the areas hardest hit by the forest fires.

According to the victim’s friends, Ismail had travelled to the district from Miliana, in the state of Ain Defla, 150km west of Algiers, to help fight the fires and evacuate those most in danger.

Ismail was reportedly accused of initiating the fires when he was apprehended by a group of people. He was then allegedly arrested for his own safety.

In harrowing videos circulating on social media, an angry mob is seen to pull Ismail from a police car before beating him up.

At one point, his bruised body can be seen lying lifeless on the ground, moments before his corpse was burned.

Images of the scorched body have also been shared widely online.

On Sunday, firefighters were still struggling to put out 19 blazes in Algeria, with over 90 people - including 33 soldiers - so far killed in wildfires since 9 August.

"Most of these fires have been brought under control and don't represent a danger to residents," said Colonel Farouk Achour, a spokesman for the civil protection authority, according to AFP, adding that authority's efforts were focusing on the "protection of inhabited areas, notably El Tarf, Bejaia, Jijel and Tizi Ouzou."

He added that more than 74 fires had been extinguished in the past 24 hours.

The largest country in Africa, Algeria has only 4.1 million hectares of forests, with a meagre reforestation rate of 1.76 per cent per annum.

Every year, the country is affected by forest fires, with nearly 44,000 hectares of vegetation going up in smoke in 2020. Algerian authorities also arrested several suspected arsonists last year.

Though the government has blamed arsonists and weather conditions for the fires, others have criticised their lack of planning for what has become a regular event in the country. 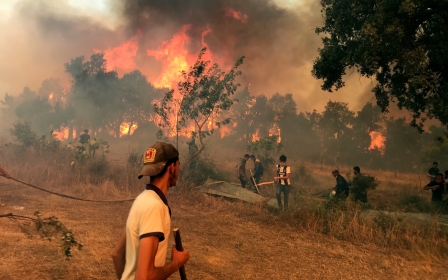 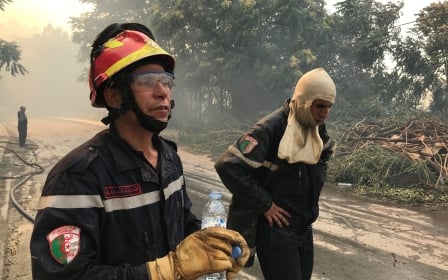