Americans freed by Iran over the weekend reunited with their families on Monday at a US military base in Germany, but relatives of another hostage expressed serious disappointment he had not been released.

Tehran released four Iranian-American dual nationals, some of whom had been held for years, in a prisoner swap, while a fifth American was freed separately.

In exchange, Washington granted clemency to seven Iranians. And it withdrew international arrest notices for 14 Iranians.

The prisoner swap came as the UN nuclear watchdog confirmed Iran had put a nuclear bomb beyond its immediate reach and the US and EU lifted their most draconian economic sanctions.

US diplomats insisted, to widespread scepticism, that the two breakthroughs were entirely separate.

On Monday, three of the freed Americans were receiving medical checkups at US military facilities in Landstuhl, Germany.

Relatives and supporters of Washington Post reporter Jason Rezaian and Marine veteran Amir Hekmati saw them for the first time since being released and shared group photographs.

The family of Saeed Abedini was expected to arrive later.

The fourth freed Iranian-American, named as Nosratollah Khosravi-Roodsari, apparently chose to remain in Iran. Very little is publicly known about him.

Rezaian, 39, told his editors he was "feeling good" physically as he met with them for the first time since his release from Iran's notorious Evin prison following a July 2014 arrest, The Washington Post reported.

In a photograph released by the paper, the usually portly Rezaian appeared to have lost a significant amount of weight.

"I want people to know that physically I'm feeling good," Rezaian told the Post, dressed in a gray hooded sweatshirt and blue jeans.

"I know people are eager to hear from me, but I want to process this for some time."

The Post noted that recovery in similar cases can take months or even years.

Relatives met with Hekmati for about 15 minutes, along with Congressman Dan Kildee of Michigan, according to a family statement.

On his Twitter feed, Kildee shared what he said was a personal message from Hekmati.

"Dear Mr President, thank you for making my freedom and reunion with my family possible. I'm humbled that you were personally involved in my case and proud to have you as my president," the message read.

The American released separately, Matthew Trevithick, returned home to Massachusetts on Sunday for an emotional reunion with his family after 40 days in prison, according to The Boston Globe.

His detention was not publicly acknowledged until his release.

"We're very excited. We were happy to hear Matt's voice today. We are thrilled he is out of Iran," his mother Amelia Newcomb told CBS Boston before his arrival.

But amid all the rejoicing and teary-eyed reunions, one family was left deeply disappointed.

"Why did Iran prisoner swap not include my father?" asked Sarah Moriarty, daughter of ex-FBI agent Robert Levinson, who has been missing for nine years.

Speaking on behalf of her "crushed and outraged" family, Moriarty denounced "the calculated risk that was taken to decide that five hostages were enough for this deal".

"A deadline to wrap up everything about our current relations with Iran in a pretty bow on 16 January ... meant to our family that our government was satisfied with leaving my father behind. Again," Moriarty added. 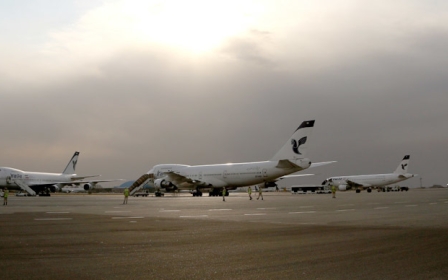 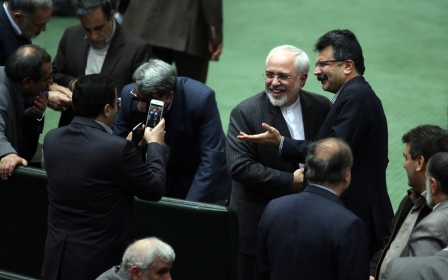