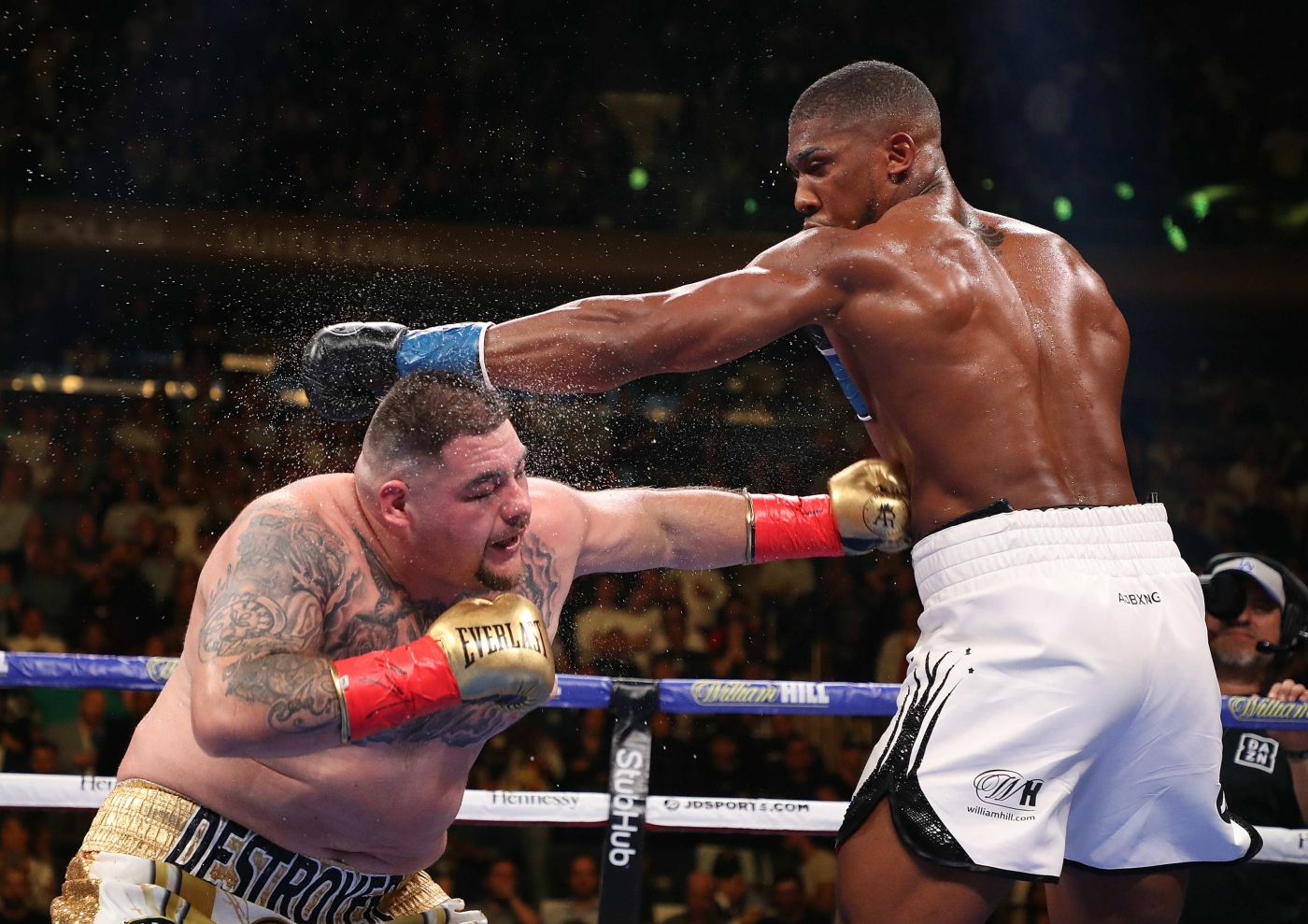 Ruiz, left, produced one of boxing's biggest upsets by beating 29-year-old Joshua with a seventh-round stoppage in June (AFP)
By
MEE and agencies

Amnesty International has attacked the decision to sanction Anthony Joshua’s heavyweight  boxing rematch with Andy Ruiz Jr in Saudi Arabia, citing the murder of the journalist Jamal Khashoggi, human rights violations and the conflict in Yemen.

The fight, set to take place on the outskirts of the capital Riyadh on 7 December, was approved by the International Boxing Federation (IBF), World Boxing Association (WBA) and World Boxing Organisation (WBO) on Friday.

Joshua, who will is aiming to take back his heavyweight titles after unexpectedly losing his first professional fight to Ruiz in New York at Madison Square Garden on 1 June, welcomed the announcement on social media with the message: "Neutral grounds - LETS GO."

Felix Jakens, Amnesty International UK's head of campaigns, called for Joshua to "inform himself of the human rights situation and be prepared to speak out about Saudi Arabia's abysmal human rights record".

"If Anthony Joshua fights Andy Ruiz Jr in Saudi Arabia, it's likely to be yet another opportunity for the Saudi authorities to try to 'sportswash' their severely tarnished image," he added.

"Despite some long-overdue reforms on women's rights, Saudi Arabia is currently in the grip of a sweeping human rights crackdown, with women's rights activists, lawyers and members of the Shia minority community all being targeted.

"There's been no justice over the gruesome murder of Jamal Khashoggi, and the Saudi-led military coalition in Yemen is carrying out indiscriminate attacks on homes, hospitals and market-places with horrific consequences for Yemeni civilians."

The Mexican-American world heavyweight champion Ruiz produced one of boxing's biggest upsets by beating the 29-year-old Briton with a seventh-round stoppage.

Joshua, previously undefeated and fighting for the first time in the United States, was defending his IBF, WBA and WBO titles but was knocked down four times in the fight.

Promoter Eddie Hearn had already confirmed three days after the bout that Joshua had triggered the contracted rematch clause for what he called a "must-win" fight for the 2012 Olympic super-heavyweight champion.