Despite President Obama's determination to shutter the facility since he came to office, his efforts have thus far proven unsuccessful 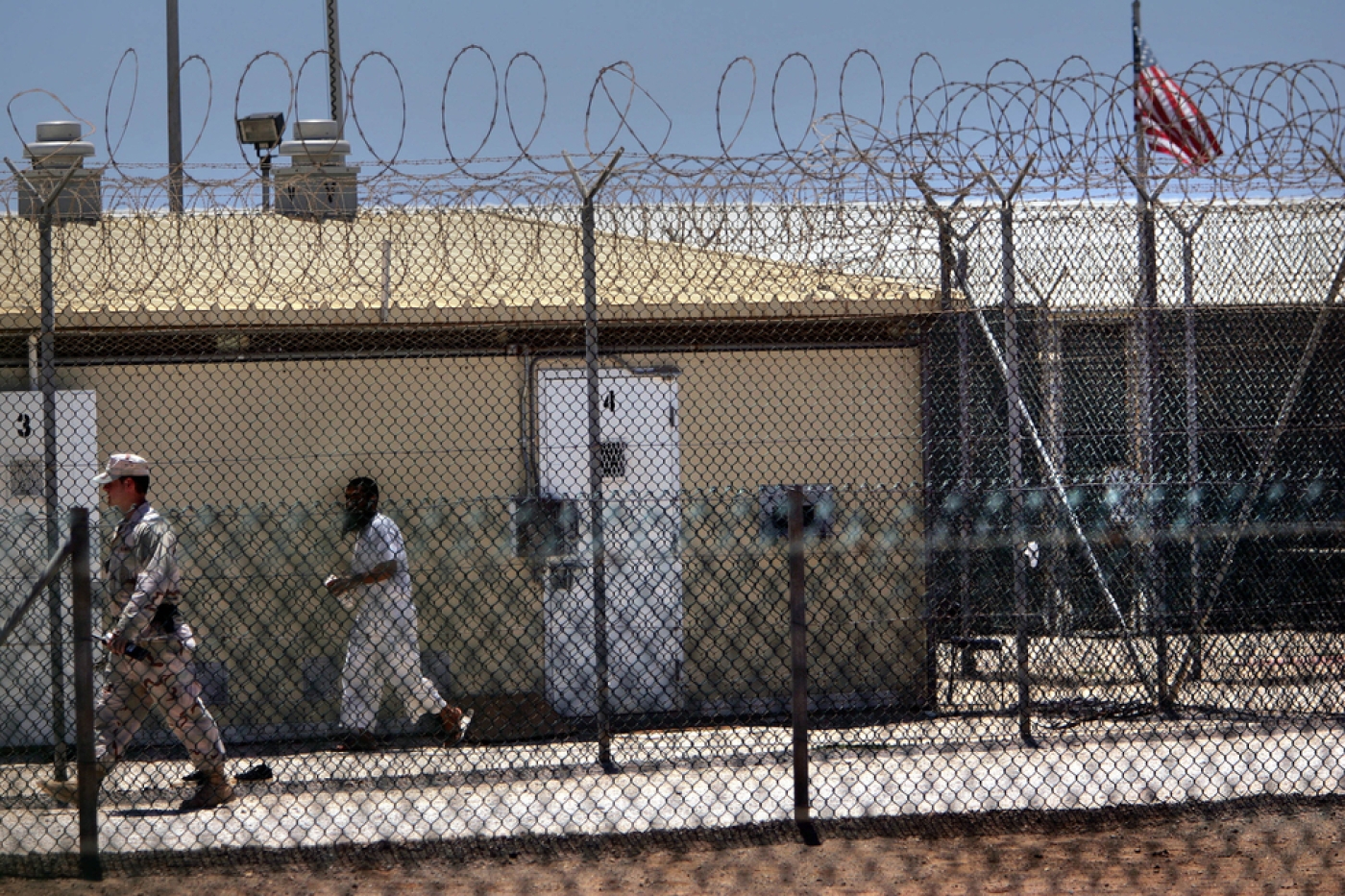 At its peak in 2003, the US naval base in southeast Cuba held 684 detainees (AFP)
By
James Reinl

NEW YORK, United States – These are unsettling times for the 91 men clad in orange jumpsuits who whittle away the hours behind Guantanamo Bay’s razor wire fences in southeast Cuba.

US President Barack Obama, a Democrat, announced plans this week to meet his long-stated goal of shuttering the facility, on a US naval base, before he leaves the White House in January 2017. Republicans have vowed to fight him tooth and nail.

Those locked inside are uneasy, said Shayana Kadidal, a lawyer for some inmates. They range from those who pose little danger up to Khalid Sheikh Mohammed, the alleged architect of the 9/11 attacks, and four of his suspected co-conspirators.

“They’re aware of the politics. There’s anxiety over the upcoming US elections and of being moved to the US. If they are moved, given the hysteria of them escaping, they’re worried about being held in solitary confinement and much worse conditions than they are currently in.”

On Tuesday, 14 years after the prison opened and seven years after Obama took office, the president argued it was “finally” time to close a facility that has sparked legal rows, garnered disapproval from allies and been featured in anti-Western propaganda.

The proposal, which was requested by Congress, is Obama’s last-ditch bid to come good on a campaign pledge by coaxing lawmakers to change the law that bans moving detainees accused of violent extremist acts to US soil.

Obama did not “want to pass this problem onto the next president,” he said. If the lockup remains open, future generations would “ask why we failed to act when the right course, the right side of history, and justice and our best American traditions was clear”.

The plan involves finding overseas homes for the 35 detainees who have been deemed safe enough to transfer. Since 2009, 26 countries have accepted 94 inmates for resettlement, mostly in Europe and the Middle East.

This plan could prove tricky. The US has determined 29 Yemeni inmates eligible for transfer, but the war and insurgency in Yemen makes relocation there troublesome, meaning US diplomats must cut deals with other countries that could host them.

Of the remainder, 10 face charges in military commissions and 46 are subject to detention under the laws of war – although they undergo periodic case reviews that could see some deemed eligible for transfer overseas.

Officials expect to have reduced the numbers to between 30-60 detainees later this year, who either face trial by military commission or have been classed as too dangerous to free but do not face charges.

They would be transferred to a facility on US soil. Pentagon officials have scoped out 13 sites, including Fort Leavenworth, a leafy military complex in Kansas, and others in Colorado and South Carolina.

The plan slashes Guantanamo’s annual $445mn price tag. After one-time moving and construction costs of as much as $475 million, detention on US soil would save $65-$85 million each year, officials said.

Long wary of letting violent zealots into the US, Republicans have vowed to block Obama in Congress, where House Speaker Paul Ryan said they have enough votes to override any presidential veto.

That scenario would leave Obama the option of using his executive powers to transfer detainees, but at the risk provoking a constitutional row that would drag on long after he has left the Oval Office.

The public and the military may side with conservatives. Last month, Pew Research Center, a polling group, found that 42 percent of Americans approved of closing the facility while 49 percent wanted it kept open.

According to the news agency Reuters, military officials have undermined their commander-in-chief by deliberately creating obstacles to the transfer of detainees overseas.

Analysts are split on how the final chapter in shuttering the facility will play out.

Harvard Law School professor Jack Goldsmith said Obama has already resigned himself to leaving office with some 50 dangerous militants caged in the facility – and this week’s proposal is just political showmanship.

“Obama’s least bad option, it seems, is to appear to want very much to close Guantanamo, which he does, and to talk and act as if he is doing all he can, but to capitulate in the end,” Goldsmith told MEE.

Josie Setzler, from the pressure group Witness Against Torture, said moving detainees to a US facility while still denying them their day in court falls short of Obama’s long-stated promise of a just closure.

“Obama’s plan for closing the prison at Guantanamo, which includes indefinite detention without charge or trial, is a monument to the pathetic failure of his policy,” Setzler told MEE. “Any plan to further detain these men in the US is unacceptable; they should be tried fairly in federal court or released.”

Obama inherited Guantanamo Bay from his predecessor, George W. Bush, who opened it in 2002 to hold alleged militants caught in Afghanistan and, later, Iraq. Their “enemy combatant” status meant they could be denied some legal rights, Bush said.

Shortly after his inauguration in 2009, Obama signed an executive order to close the facility, sometimes referred to as “Gitmo,” within one year. At its peak in 2003, the US naval base in southeast Cuba held 684 detainees.

“For years officials barely even tried to close the prison. All the while, men detained there suffered abuse, including by forced-feeding,” added Setzler. “The lives of men kidnapped and tortured by the US continue to be sacrificed to cynical, domestic politics.” 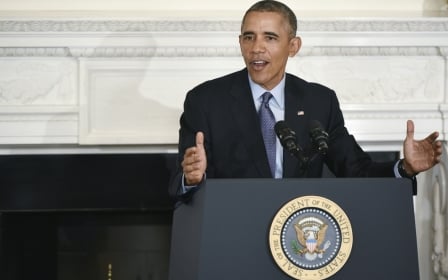 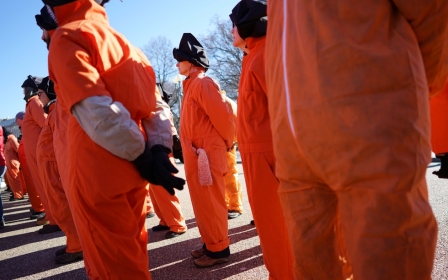