Israeli forces arrest a Palestinian inside the Al-Aqsa compound, as settlers storm the site during the Jewish New Year, 26 September 2022 (Wafa)
By
MEE staff

Hundreds of Israeli settlers stormed the Al-Aqsa compound in occupied East Jerusalem on Monday as the Jewish New Year began over the weekend, amid Palestinian protests.

On Monday morning, hundreds of settlers entered Al-Aqsa compound from the Mughrabi Gate under strict protection from security forces and toured the site.

Wafa news agency reported that Israeli forces had barricaded several gates leading to Al-Aqsa compound, including the Damascus Gate, the Via Dolorosa route and other entry points to Al-Aqsa.

The Islamic Waqf, a Palestinian-Jordanian body that runs the affairs of Al-Aqsa compound, said that Israeli settlers stormed the site in groups of 50 people, while Israeli forces barred Palestinian entry to the site.

Waqf said that Israeli forces had assaulted Palestinians in the Al-Aqsa compound, arrested six Palestinians and drove some of them out, firing tear gas canisters inside the site.

An older Palestinian man lost consciousness when Israeli forces pushed him and he fell on his head on concrete stairs.

Some settlers were filmed blowing the shofar, a musical horn, outside the gates of Al-Aqsa compound and in Bab Al-Rahmah cemetery.

Israeli forces had deployed a surveillance plane in the sky of Jerusalem to monitor the movement of people in the city who had climbed on top of Al-Qibli mosque inside the Al-Aqsa compound.

Since the early hours of Monday, Israeli forces barred Palestinians under the age of 40 from entering the Al-Aqsa compound, checking their ID cards and erecting barriers in different areas of the Old City.

Sheikh Ekrima Sabri, a veteran imam at Al-Aqsa mosque, told Arab48 that it was "not permissible to leave Jerusalemites alone in the field to defend Al-Aqsa, and Arab and Islamic countries must move to support Al-Aqsa mosque and protect it from occupation".

Fakhry Abu Diad, a Palestinian activist in Jerusalem, described the scene on Monday morning in Jerusalem as a siege. "Occupation authorities imposed a strict siege on Al-Aqsa mosque, setting up a number of military barricades at its entrances, and all the roads that lead to it, closing the Old City with military checkpoints, controlling the roofs of houses and the walls of the Old City, to prevent the arrival of the people of Jerusalem to the mosque," Abu Diad told the news site.

"The storming of the Al-Aqsa mosque by the occupation and its settlers comes within the framework of the Israeli escalation against our people, their land and their holy sites," the PA's presidential spokesman, Nabil Abu Rudeineh, said.

"A number of settlers blowing trumpets at the gates of Al-Aqsa Mosque under the sight and hearing of the occupation police is a dangerous escalation in the series of continuous attacks on Al-Aqsa Mosque, and an attempt to impose a new fait accompli."

Israeli settler groups are expected to enter Al-Aqsa compound in the upcoming weeks in large numbers as they mark the Jewish New Year this week, Yom Kippur on 5 October and Sukkot between 10 and 17 October. 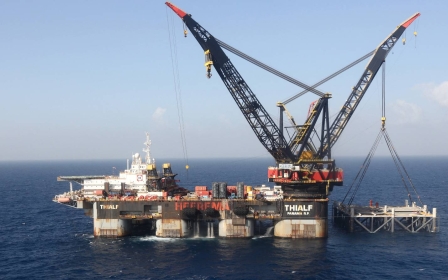