Saudi Arabia has called for an urgent meeting of Arab League foreign ministers in Cairo next week to discuss Iran’s intervention in the region, an official league source told Egypt’s MENA state news agency on Sunday.

Bahrain and the United Arab Emirates supported the Saudi request, which was also approved by Djibouti, the current chair of the pan-Arab bloc, said the document shown to AFP by diplomats on Sunday.

Tensions have been rising between Saudi Arabia and Iran, including over League members Qatar and Lebanon.

Sunni Muslim powerhouse Saudi Arabia and Iran, the predominant Shia power, are long-standing rivals based as much on geostrategic interests as religious differences.

Facing off across the Gulf, the two energy-rich powers have for decades stood on opposing sides of conflicts in the Middle East.

According to the memo, the Saudi request for an Arab League meeting was based on a missile the Sunni-ruled kingdom says its air defences intercepted near Riyadh after being fired from Yemen on 4 November.

A Saudi-led coalition has been battling Shia Houthi rebels in Yemen, and it has accused the Iran-backed rebels of firing the missile.

But Iran denied any involvement in the missile attack, with President Hassan Rouhani warning that the Islamic republic's "might" would fend off any challenge.

According to the memo, Saudi Arabia also decried what it described as "sabotage" and "terrorism" over a pipeline fire in Bahrain on Friday that temporarily halted oil supplies from its territory.

"The attempt to blow up the Saudi-Bahraini pipeline is a dangerous escalation on Iran's part that aims to terrorise citizens and to harm the world oil industry," Sheikh Khalid bin Ahmed al-Khalifa wrote on Twitter.

Tehran rejected any involvement in the incident, calling the allegation "childish".

In its request for the meeting of Arab foreign ministers, Saudi Arabia referred to those two incidents "in addition to the violations committed by Iran in the Arab region, which undermines security and peace, not only in the Arab region, but around the globe," according to the memo.

Saudi Arabia has been at the forefront of a dispute with Qatar since 5 June, leading a group of nations including Bahrain, Egypt and the UAE in accusing Doha of supporting terrorism, charges Qatar denies.

Riyadh has for its part been accused of being behind last weekend's resignation of Lebanese Prime Minister Saad Hariri, in a televised address from Riyadh.

In his broadcast, Hariri accused Iran and its Lebanese ally Hezbollah of taking over Lebanon and destabilising the broader region, saying he feared for his life.

The Arab League has 22 members, but Syria's membership was suspended at the end of 2011 after months of brutal repression of anti-government demonstrations and an opposition movement supported by Gulf monarchies. 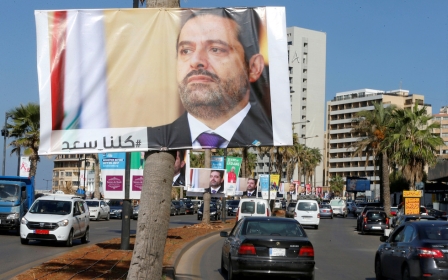 Diplomacy
Saudis forced out Hariri over refusal to tackle Hezbollah in Lebanon: Sources 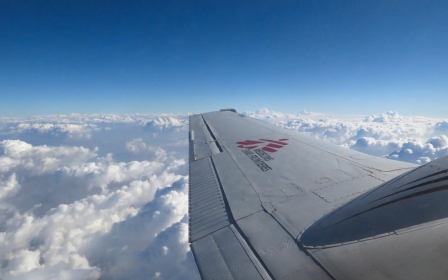