And in Algeria, public and private institutions struggle to stay afloat while Iraq fears the consequences of Turkey's offensive More than 3,300 people have been arrested in Egypt since 20 September, according to rights groups (AFP)
By
Mohammad Ayesh

Egypt's state prosecution has decided to release 500 defendants accused of protesting against the government in recent weeks, according to the London-based newspaper Al-Quds Al-Arabi.

Egyptian security services have arrested more than 3,300 people, including academics, lawyers and journalists, since protests kicked off on 20 September following a call to action from tycoon-turned-whistleblower Mohamed Ali.

Among the 500 defendants to be released are journalists Nasser Abdel-Hafiz and Engy Abdel Wahab, the paper reported. News of their release was welcomed by Diaa Rashwan, head of the Egyptian Journalists Syndicate, and the Journalist's Syndicate Council.

In a recent report, the Egyptian Commission for Rights and Freedoms, an independent human rights organisation, said at least 3,332 people have been detained since 20 September.

The organisation believes there are another 40 detainees who could be added to its list, but their families have refused to offer more information.

Algeria veering into the red

Algeria's state and private economic institutions could go bankrupt in a matter of weeks as a financial crisis engulfs the country, Algerian newspaper El-Khabar reports.

Unemployment in Algeria has reached about 12 percent overall and around 25 percent among young people, including university and college graduates and certificate holders.

If unemployment rates increase any further, social conditions will deteriorate, the paper said.

The crisis is unfolding after government support for many of the institutions was halted as the state has struggled with declining revenues as a result of stagnating oil prices.

Several Iraqi officials have voiced concern over an influx of thousands of Islamic State (IS) group members to Iraq as a result of the Turkish military operation in Syria which started this week, according to the Saudi newspaper Asharq Al-Awsat.

Iraqi President Barham Salih said he considers the Turkish military operation to be "a dangerous escalation that will enhance the ability of terrorist organisations to rearrange their remnants".

Hashim al-Hashemi, an expert on armed groups in Iraq, told Asharq Al-Awsat that after Washington's decision to pull back its troops in Syria earlier this week, Syrian Democratic Forces (SDF) will have only the threat of IS to use as a bargaining chip with the US and the West moving forward.

Al-Hashemi estimates there around 10,000 IS fighters detained by the SDF. 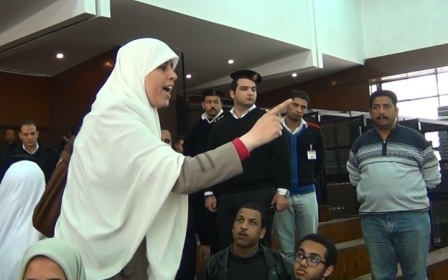