Meanwhile, the US and Kuwait join forces on cybersecurity and there are calls for Jordan to cut ties with Israel following a former minister's remarks Sudanese-Americans protest against last month's military coup in Sudan in front of the White House in Washington, DC, on 13 November (AFP)
By
Mohammad Ayesh

The Egyptian government is seeking to support the military forces that carried out the coup in Sudan on 25 October, in anticipation that a power vacuum in Khartoum could lead to crises in Cairo, reported the London-based Al-Arabi Al-Jadeed newspaper.

Sources in Egypt said that a delegation of three high-level Egyptian figures was working on the management of the Sudanese file under the personal supervision of the head of the General Intelligence Service, Major-General Abbas Kamel.

This delegation visited ousted Prime Minister Abdalla Hamdok at his residence, where he has been kept under house arrest, and offered to arrive at a solution that would ensure that all parties could break the current impasse without further loss.

The sources said that officials in Egypt were involved, throughout the past three days, in contacting high-level officials in Saudi Arabia and the UAE in an effort to prevent the collapse of the situation in Sudan.

Sources have revealed that the aim of coordination with the Emirati and Saudi sides is to build a pressure lobby to absorb the pressure on coup-leader General Abdel Fattah Al-Burhan, and to try to gain more time to convince Hamdok and the civilian components that there is still time for a political solution to the crisis without entering a cycle of protests and outcry, the newspaper reported.

US and Kuwait join forces to combat cyber crime

Kuwait and the United States have launched a joint programme to promote cooperation in combating electronic crimes and strengthening cybersecurity.

The US Ambassador to Kuwait, Alina Romanowski, called for continuous coordination on the issue between the two countries.

"Nowadays, the world has become more coherent than ever. This comes with advantages but also has risks." She confirmed Washington's commitment to Kuwait by strengthening cybersecurity.

This came during a two-day workshop organised by the Department of Electronic Crimes of the Kuwaiti Ministry of Interior, in cooperation with the US Department of Justice.

The number of IT cases in Kuwaiti courts during the first half of 2019 was 1,057, an increase of more than 3,300 percent compared with the first six months of 2018, according to the Kuwaiti Ministry of Justice.

Calls for Jordan to cut ties with Israel

Jordanian deputies have demanded their government cut relations with Tel Aviv following remarks by a former Israeli minister in which he described Jordan as an "alternative" home for the Palestinians, according to a report published by Independent Arabic.

The remarks were made by former intelligence minister and Israeli Knesset member Eli Cohen.

Cohen said Jordan was the Palestinian state because the majority of the country's inhabitants were of Palestinian origin.

Jordanian parliamentarian Saleh al-Armouti said the statements were a threat to Jordan's security and an explicit attack on the country.

Armouti and others called on the Jordanian government to cut diplomatic ties and to abolish the agreements signed with Israel and lodge an official complaint in international forums against Israel.

Kuwaiti authorities have halted all requests for charities wishing to make financial transfers to Lebanon, according to Kuwait's Al-Jarida newspaper.

The move came as a result of "Lebanon's instability at the political and financial levels", the newspaper quoted government sources as saying.

The Ministry of Foreign Affairs added Lebanon to the list of suspended countries days after Kuwait stopped the transfer of charitable funds to Ethiopia.

Kuwait has stopped issuing visas for Lebanese people in the wake of the political crisis between Lebanon and the Gulf countries, which came after Saudi Arabia and the UAE were angered with the remarks of the Lebanese information minister who criticised the war in Yemen. 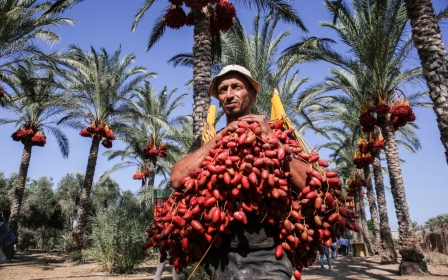 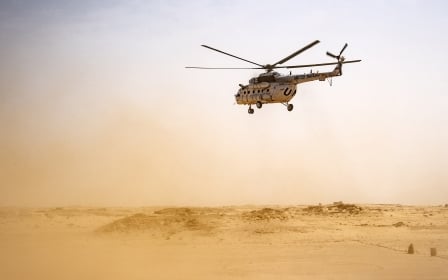