Hundreds of businesses in Kuwait are facing bankruptcy owing to the coronavirus pandemic, according to The New Arab.

A Kuwaiti government report revealed that the total debt of business owners amounted to nearly $2.5bn, said the newspaper. The report of the Macroeconomics Department of the Kuwaiti Council of Ministers stated that the total number of defaulting businesses has reached 1,600.

The owners of those companies were expected to obtain funds from Kuwaiti banks with a government guarantee after the approval of a law to save the affected entreprises. However, parliament refused to pass the law.

The Kuwaiti National Assembly refused to pass the draft law on a “financial guarantee" to businesses affected by the crisis, while the Minister of Finance Barak al-Shaitan emphasised that the rejected bill aimed to revive the economy in general and covers all economic sectors.

Mhamed El-Khalifa, leader of the Moroccan Istiqlal party, has strongly criticised French President Emmanuel Macron's recent controversial statements about Islam and Muslims, saying that they were contradictory to all values, including the principles of the French Republic.

'Muslims who live in France are not a burden, but rather took part in building the country'

In an exclusive interview with Arabi21 , Khalifa said Macron was resorting to "war" against Islam and Muslims as a political card to win upcoming elections.

Khalifa stressed that “Muslims who live in France are not a burden, but rather took part in building the country”.

He also praised the position of Turkish President Recep Tayyip Erdogan in response to Macron’s statements, while expressing his appreciation of the Moroccan and Pakistani stances, as well as the reaction of the Muslim street.

The Moroccan politician said that the reaction of Muslim communities worldwide proved that Muslims were deeply aware of their religious identity, saying Macron was "waging a losing war against Islam and Muslims”.

An Egyptian court has sentenced political activist and engineer Mamdouh Hamza to six months in prison and included his name on a terrorism list over his publishing of a tweet, reported Al-Quds Al-Arabi. The court convicted Hamza of "inciting violence and spreading fake news" as well as "endangering the security of society" with his tweet.

The tweet included a call to the inhabitants of El-Warraq island, a Nile river community in Cairo under threat of redevelopment, in which he said: “Do not give up on your rights and do not yield to those who are selling the land. Together we are stronger.”

The activist’s trial sparked a wave of indignation and anger, with the Civil Democratic Movement arguing "the charges were vague, fake, and lack evidence, which defames his position", according to the newspaper.

Previously, seven human rights organisations condemned Hamza’s trial and described the charges against him as "vague, contrived, lacking evidence and based on the infamous anti-terrorism law and the emergency law. He is being punished for exercising his legitimate right to peacefully express his opinions on social media platforms".

Kristalina Georgieva, managing director of the International Monetary Fund (IMF), has warned that the global economy is facing a severe recession and a challenging path.

Georgieva revealed that the IMF was studying "a set of options for further adapting the fund's lending mechanisms to support countries eligible to receive loans".

She said in an exclusive interview with the Saudi newspaper Asharq Al-Awsat: "We expect that by the end of 2020 the world economy will shrink by 4.4 percent compared to the beginning of the year. We know that our path is rocky and the journey will be challenging."

Georgieva stressed that the G20 initiative to suspend debt service for poor nations was "important" because it had already led to the postponement of loan payments estimated at $5bn this year. 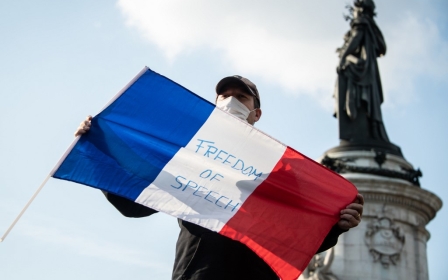