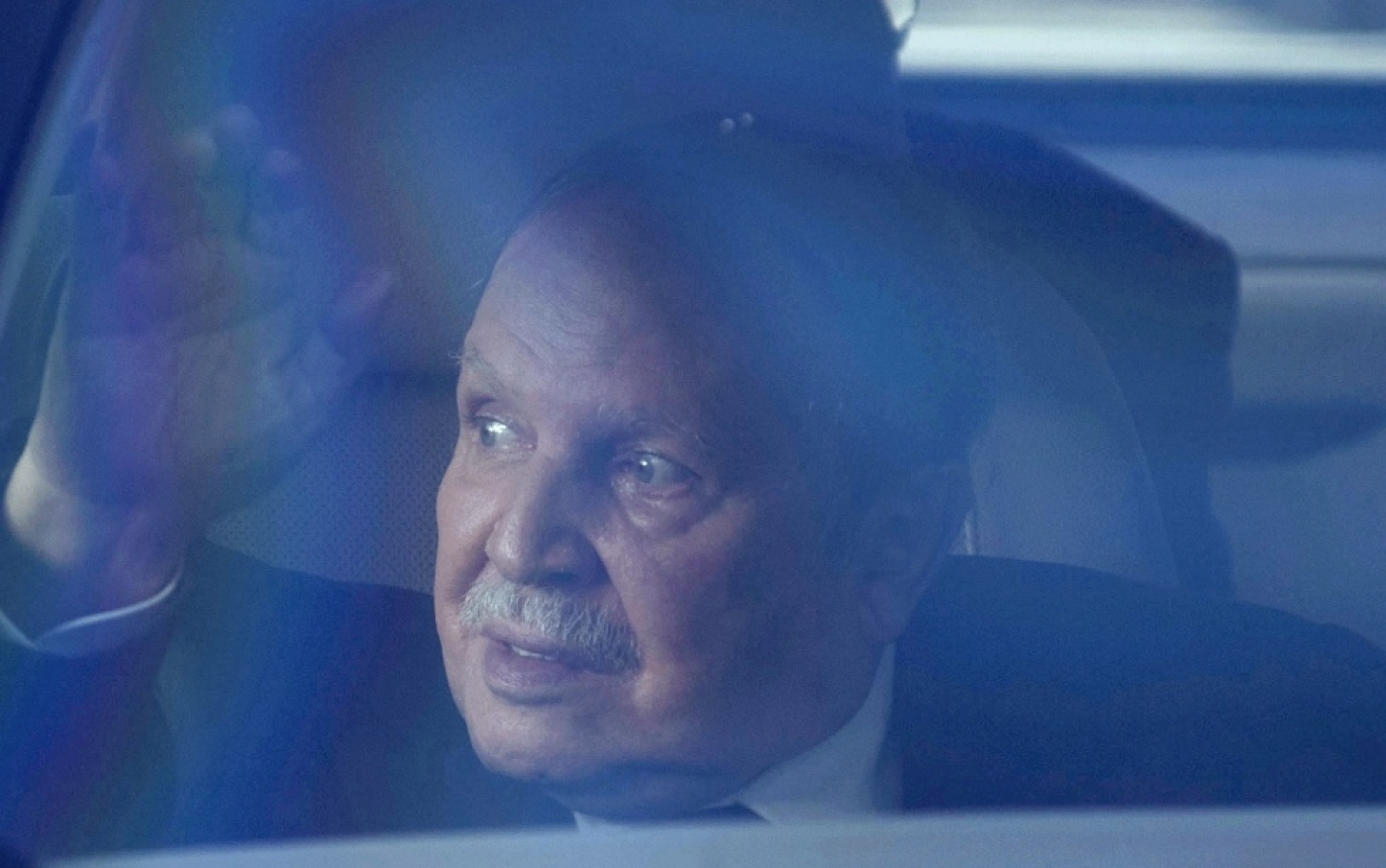 With an elected president, two-chamber parliament and a constitutional council, Algeria certainly looks like a democracy, even if the army has played a key political role since the war of independence.
Former premier Sid Ahmed Ghozali, questioned by Algerian news website TSA, did not mince his words.
President Abdelaziz Bouteflika, who is running for a fourth term in an April 17 election, "by law, has considerable powers" but "in fact, absolutely not".
The role of Algeria's military intelligence and security service, the DRS, has been in the spotlight since an unprecedented charge levelled against its chief.
All-powerful General Mohamed "Toufik" Mediene, who has held the job since 1990, was asked by Amar Saadani, secretary general of the ruling National Liberation Front, to stop meddling in politics and resign.
The affair caused a sensation in Algeria, where General Toufik is now suspected of being opposed to another term for Bouteflika, even though the incumbent's bid is supported by the armed forces chief of staff, General Ahmed Gaid-Salah.
In an unexpected twist, the accusation gave rise to a wave of solidarity with the feared DRS, which was on the front line during Algeria's bloody civil war of the 1990s when Islamist militancy was crushed.
Newspapers charged that the "presidential clan" was behind Saidani's attack and accused Bouteflika, who holds the title of supreme commander of the armed forces, of working to divide the army, a charge he has dismissed as "fictional".
It was the army which called on Bouteflika to run for the presidency back in 1999, when his six rivals pulled out complaining of electoral fraud.
When he took office 15 years ago as the military's chosen candidate, Bouteflika, now 77 and in frail health, vowed he would not be "a three-quarters president".
Since independence from France in 1962, the army has either directly named the president or played the kingmaker through an "authoritarian election", according to sociologist Mohammed Hachemaoui who said a "praetorian college" rules Algeria using "unwritten rules".
Political scientist Karim Amellal said the "opaqueness" of state institutions in Algeria is rooted in the 1954-1962 independence war.
Strong hold
"The military command exercises a strong hold over the whole of the political, economic and social system" in the oil-rich North African state, according to Madjid Benchikh, a jurist and former dean of the Algiers Law Faculty.
"By selecting the head of state, it dominates the whole institutional and administrative system because the president of the republic is the central piece," he said.
But for Ahmed Ouyahia, chief of staff in the president's office and several-times prime minister, "the presidency has never lost its authority ... Ever since Bouteflika's election, he has been a 100 percent president ... To say the army decides is a lie."
Benchikh said the source of DRS's power is its decisive role in state appointments.
"As an organ of the army, it has more than just its say on the nomination of most officials. From that point onwards, they do not or cannot act outside the system of allegiance to the military command and its DRS," he explained.
Ghozali said this applied to hundreds of thousands of people, including all state employees, "from the top of the ladder, the president of the republic, to the head of a dairi (sub-prefecture) and even below."
"Nobody can be named without the accord of the services (GRS)."
Hachemaoui, the sociologist, said the army's network and influence thus reaches all state organs, including the central bank as well as Algeria's foreign, religious affairs and information ministries.
The DRS does not only have its appointees at every level of the state administration, it also "preempts public powers", he said.
For Hachemaoui, the agency even sets up opposition parties, independent newspapers and civil society groups.
Algerian expats start voting in presidential polls
More than one million Algerians living outside the North African country on Saturday started casting their ballots in Algeria's presidential elections.
According to the state-run Algerian radio, expatriate voters headed to polling stations in different countries from the early hours on Saturday.
Voting for expatriates is expected to last until Thursday.
Algerian Foreign Minister Ramtane Lamamra said earlier that his ministry has prepared 398 polling stations for the voting of an estimated 1.9 million Algerians living outside the country.
Ailing Algerian leader in rare appearance
Meanwhile, Algeria's ailing Bouteflika made only his second appearance on the campaign trail on Saturday, accusing his main rival of fomenting violence via television.
On Thursday, former prime minister Ali Benfis, who is running against Bouteflika, predicted a "violent earthquake that will shake the foundations of those who support a president for life."
Benflis has repeatedly warned against electoral fraud, which he calls his "main adversary," and which he says defeated democracy in the 2004 election.
On Saturday, Bouteflika attacked Benflis, accusing him of "terrorism via the television", in reference to warnings made by the ex-prime minister against electoral fraud.