Canada has suspended the sale of advanced drone optics to Turkey over allegations that the technology is being used in the conflict between Azerbaijan and Armenia, Foreign Minister Francois-Philippe Champagne announced on Monday.

Canada imposed a freeze on arms sales to Turkey last year after Ankara's incursion into northern Syria, but continued to sell non-lethal military technology, including drone optics, to its Nato partner.

On Friday, Prime Minister Justin Trudeau said Ottawa was investigating the use of drones made in Canada in the disputed Nagorno-Karabakh region between Armenia and Azerbaijan, a key ally of Turkey.

Champagne said the Canadian government will stop allowing the sale of military technology to Turkey while the probe is underway.

"In line with Canada’s robust export control regime and due to the ongoing hostilities, I have suspended the relevant export permits to Turkey, so as to allow time to further assess the situation," Champagne said in a statement on Monday.

"Canada continues to be concerned by the ongoing conflict in Nagorno-Karabakh resulting in shelling of communities and civilian casualties."

The group had raised concerns about Wescam's relationship in a report released in September.

"Based on an analysis of Canada's international obligations, domestic arms controls, and an evaluation of Turkey’s recent conduct during warfare, Canada's export of Wescam sensors to Turkey poses a substantial risk of facilitating human suffering, including violations of human rights and international humanitarian law," the report reads. Turkey is Wescam's second largest customer after the United States, according to Project Ploughshares.

"Thanks to advanced Turkish drones owned by the Azerbaijan military, our casualties on the front shrunk," Azerbaijan President Ilham Aliyev told the Turkish news channel TRT Haber. "These drones show Turkey’s strength. It also empowers us."

The Turkish government has long rejected Canada's restrictions on arms sales to Ankara.

"They didn't explain why they took this step," a Turkish official told Middle East Eye in April after Ottawa extended its arms embargo against Ankara.

"It might be about domestic politics as the Armenian and Greek lobbies in the country have some political power."

Turkey has been Azerbaijan's closest ally in its conflict with Armenia.

Nagorno-Karabakh has caused friction between Azeris and Armenians since the early part of the last century when Moscow opted to make the territory part of Soviet Azerbaijan rather than Soviet Armenia.

The majority of the inhabitants of the region are Armenian. The modern military conflict, which has killed more than 30,000 people, dates back to 1988 with the start of the collapse of the Soviet Union, with separatists in the region pushing to join Armenia.

In 1994, a ceasefire agreement was reached giving Armenians in Nagorno-Karabakh de-facto self-rule in the unrecognised Republic of Artsakh. But despite the relative stability, military flare-ups in and around the territory became a common occurrence.

Clashes erupted last month with each side accusing the other of striking first. The ongoing flare-up has killed hundreds. 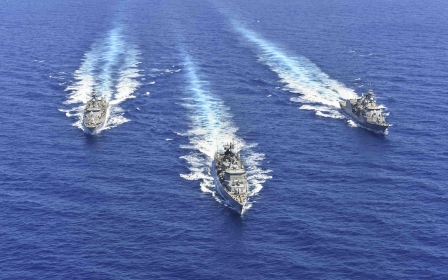