Bahrain says PM's Ramadan greetings to Qatar only a social call, not a policy change A senior Bahraini official has dismissed a phone call between his country’s prime minister and the emir of Qatar as unrepresentative of Bahrain’s stance towards Qatar.

On Monday, the official Qatari news agency (Qana) reported that the emir of Qatar, Tamim Bin Hamad Al Thani, received a phone call from the prime minister of Bahrain, Khalifa Bin Salman Al Khalifa, to convey his country’s greetings on the occasion of the start of the holy month of Ramadan.

The phone call, acknowledged by the official Bahraini news agency (BNA) on Tuesday, marks the first official contact between the two Gulf neighbours since the beginning of the diplomatic crisis with Qatar in 2017.

“The call between his royal highness the prime minister and the emir of Qatar does not represent the official position of the kingdom of Bahrain and does not affect its commitments with its brotherly countries of Saudi Arabia, UAE, and Egypt regarding Qatar’s implementation of its commitments to the agreements of 2013 and 2014,” the Cabinet Affairs Minister Mohamed Ibn Ibrahim al-Motawaa said in a statement, published by the BNA. Another statement put out on Tuesday by Prime Minister Al Khalifa's office said the phone call was restricted to Ramadan greetings.

Al Khalifa, 83, has been serving as prime minister since the independence of Bahrain in 1971.

There was speculation on Tuesday that the phone call had sparked old tensions within the Bahraini government and between it and other gulf countries.

Last year, a gulf diplomatic source told Middle East Eye last year that the UAE crown prince Mohamed Bin Zayed hopes to sideline Khalifa, who is considered the strongest and most influential figure in the country.

The source said that older Gulf leaders consider Khalifa to be Bahrain's real ruler and the guarantor of Sunni Muslim security, while they saw the emir as "weak".

But, according to the source, the younger, powerful crown princes of the UAE and Saudi Arabia, Bin Zayed and Mohammed Bin Salman, are now siding with the Bahraini emir and wish to sideline his prime minister. 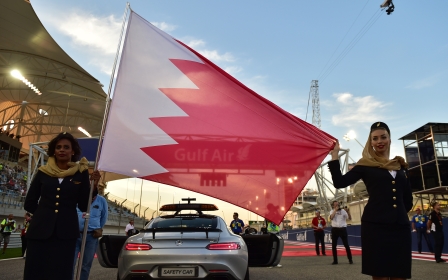 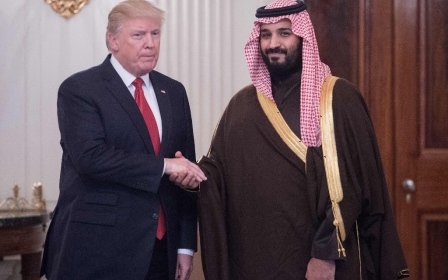