Ice cream company Ben & Jerry's has announced that it will be ending its sales in the occupied Palestinian territories.

In a statement on Monday, the company said it was "inconsistent with our values" adding that they "hear and recognize the concerns shared with us by our fans and trusted partners. "

"We have a longstanding partnership with our licensee, who manufactures Ben & Jerry’s ice cream in Israel and distributes it in the region," read the statement.

"We have been working to change this, and so we have informed our licensee that we will not renew the license agreement when it expires at the end of next year."

They also said they would "stay in Israel through a different arrangement" without elaborating. Ben & Jerry's freezes when it comes to Palestine
Read More »

The company, which since its founding in 1978 has championed a number of liberal causes, has faced criticism for selling ice cream produced in Israel in illegal settlements in the occupied Palestinian territories.

In 2015 it was targeted by the Boycott, Divestment and Sanctions campaign over its policy in Israel.

The Adalah Justice Project, a US-based pro-Palestinian campaign group, welcomed the move on Monday, describing it as a "huge win for the Palestinian struggle for freedom."

The group added, however, that they would continue to call for a "complete disengagement from all business dealings with apartheid Israel."

Ben & Jerry's have been vocally supportive of the Black Lives Matter movement and other progressive causes on social media, but went silent in mid-May after Israel launched air strikes on the Gaza Strip.

Users on social media criticised the company for presenting itself as a champion of liberal causes while ignoring the plight of the Palestinians.

The 11-day Israeli military operation on the Gaza Strip in May resulted in the killing of at least 248 Palestinians and the destruction of a number of buildings, including schools, medical centres and media offices. Twelve Israelis were also killed by rockets fired from Gaza. 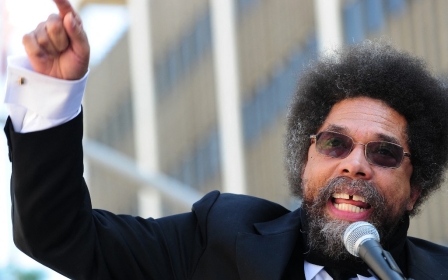