The decision to lift the sanctions could come within the next two weeks, sources told Foreign Policy The Biden administration is planning to lift sanctions imposed by former US President Donald Trump on International Criminal Court officials as early as this week, according to a report by Foreign Policy.

"Much as we disagree with the ICC's actions relating to the Afghanistan and Palestinian Situations, the Administration is thoroughly reviewing sanctions pursuant to Executive Order 13928 as we determine our next steps," a State Department spokesperson told Middle East Eye on Thursday. 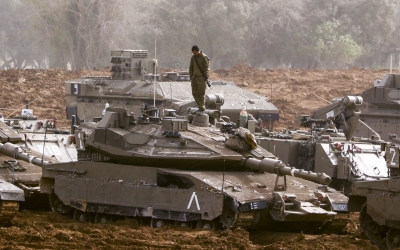 The reported move also comes one month after ICC prosecutor Fatou Bensouda announced the decision to open a formal investigation into war crimes in the Palestinian Territories.

The Biden administration was firm in its opposition to the investigation, saying that it would oppose actions that treat Israel unfairly.

"We have serious concerns about the ICC's attempts to exercise its jurisdiction over Israeli personnel. The Palestinians do not qualify as a sovereign state and therefore are not qualified to obtain membership," State Department spokesman Ned Price said during a news briefing on 3 March.

Sources told Foreign Policy that the decision to lift the sanctions could come within the next two weeks, while another official cautioned that no formal decision has yet been announced.

Trump first authorised sanctions on ICC officials through an executive order in June 2020 after the court decided to open an investigation into suspected war crimes in Afghanistan, including by the US.

Former US Secretary of State Mike Pompeo had discussed the executive order with Prime Minister Benjamin Netanyahu prior to its announcement, according to an Axios report.

The White House issued a press statement following the executive order saying that the ICC was pursuing "politically-motivated investigations" against the US and its ally Israel.

Then, last September, Pompeo announced the US imposed travel restrictions and financial sanctions on the ICC's Bensouda and a senior aide for engaging in "illegitimate attempts to subject Americans to its jurisdiction".

The move to lift the Trump-era sanctions would also come after months of pressure on the Biden administration from human rights organisations.

In February, more than 80 groups signed a letter that called on Biden to repeal the Trump-era designations.

"These actions were an unprecedented attack on the court's mandate to deliver justice and the rule of law globally, an abuse of the US government’s financial powers, and a betrayal of the US legacy in establishing institutions of international justice," the letter read.

Still, last December, Netanyahu asked Biden to keep the sanctions in place, according to a report published in Axios.

Neither Israel nor the United States are signatories of the Rome Treaty, which established the ICC, but Afghanistan and Palestine are. 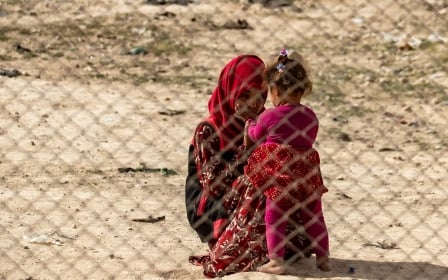 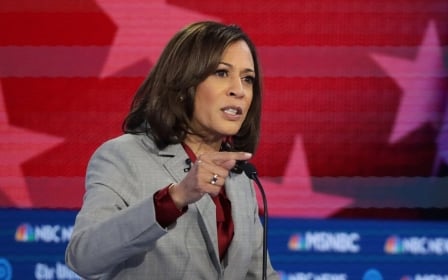