Bin Salman in New York: All eyes on Aramco 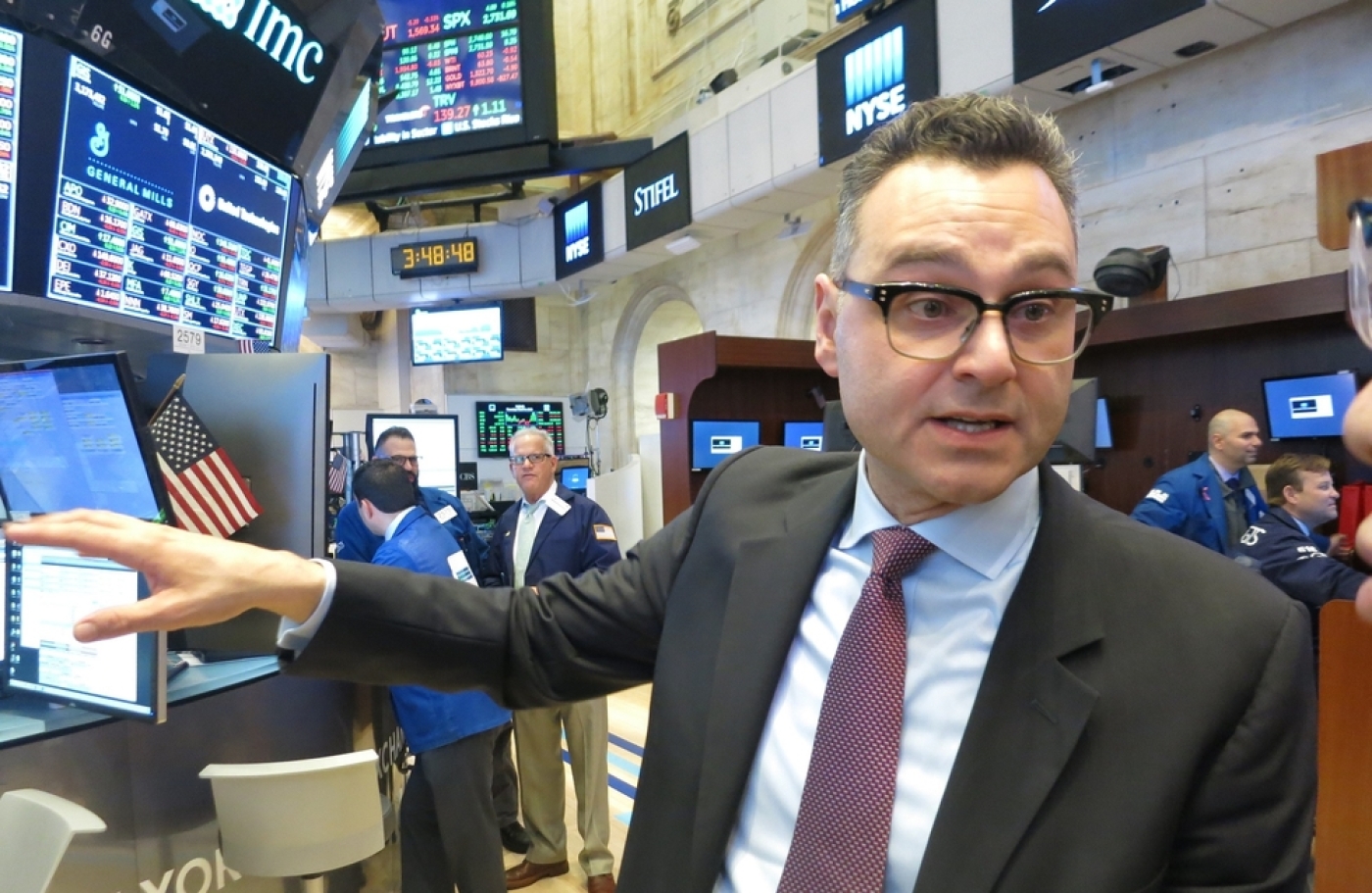 Alex Ibrahim, NYSE’s head of international capital markets, says US is a 'deep market for the oil sector' (MEE/James Reinl)
By
James Reinl

On a recent visit to the New York Stock Exchange (NYSE), financiers told Middle East Eye that the planned initial public offering (IPO) of oil firm Saudi Aramco should occur on Wall Street – the only venue Riyadh will net the cash it needs to fund an ambitious reform agenda, they said.

They likely made that case on Monday to the kingdom’s crown prince, Mohammed bin Salman, who met top Wall Street figures on his first official US visit since becoming King Salman’s heir apparent last year.

“The conversation with Saudi Aramco, the prince and the management team is a private conversation,” Alex Ibrahim, NYSE’s head of international capital markets, told MEE at the headquarters of the venerable 226-year-old exchange.

“But if you look at the US capital markets and compare it to London, Hong Kong: look at the size of this market and how many oil companies are listed here … this is a very deep market for the oil sector and they should take that into consideration when they decide.”

The world’s other big exchanges are equally keen to host the eagerly-anticipated IPO of up to five percent of state oil behemoth Saudi Aramco, which the 32-year-old royal talked up to be worth as much as $2 trillion.

It would represent a much-needed shot in the arm for a Britain that is careening out of the European Union, while a Hong Kong listing would help China’s ambition to put itself at the heart of the global economic order.

Likewise, US President Donald Trump could present an Aramco sell-off in Manhattan as payback for his largesse to a modernising kingdom while fulfilling his campaign trail pledges of bringing investments and jobs to the US.

Far from a done deal

Expectations spiked again on Monday when Aramco CEO Amin Nasser told Bloomberg that the state oil company was working hard for an IPO in the second half of this year – dulling fears that it could be pushed back to 2019.

“We are doing a lot of work to prepare the company for listing,” said Nasser, adding that the venue is still up in the air. “Don’t forget this is a very complex process. Aramco’s size and complexities is something that requires time.”

All eyes will be on Mohammed al-Jadaan, the kingdom’s finance minister, at the Saudi-US CEO Forum in New York on Tuesday, for extra detail on the statement he made last week that the Aramco IPO was still “on track”.

Others set to attend the forum include JPMorgan Chase chief executive Jamie Dimon, Henry Kravis, who is CEO of private equity firm KKR & Co LP, and Adena Friedman, CEO of Nasdaq, another bourse vying for the mammoth listing.

The Aramco IPO will help fund the crown prince's ambitious economic agenda, including a business zone in the kingdom’s northwest, known as NEOM.

But the IPO venue is far from a done deal, Albert Goldson, executive director of the New York-based analysis firm Indo-Brazilian Associates, told MEE. It marks a scary step for royal autocrats who have used Aramco as a “piggy bank” to fund pet projects and keep subjects happy for decades.

Listing on an exchange such as New York or London will involve levels of transparency that Aramco has never seen, including requirements to publish accounts and reveal exactly how much crude lies beneath the kingdom’s sands.

“That’s effectively been guarded as a state secret so far,” Eckart Woertz, a senior research fellow and expert on Gulf hydrocarbon markets at the Barcelona Centre for International Affairs, a think-tank, told MEE.

New York offers the deepest pool of investors, which makes it an attractive venue for an IPO that will likely dwarf the sell-off of Alibaba, the Chinese e-commerce firm that was priced at $21.8bn on the NYSE in 2014.

But the regulatory burden on Wall Street throws up even more red tape than is found in London. A US listing has the extra complexity of a feisty legal scene that could threaten any Saudi assets held in the US, said Woertz.

Chevron and four other major energy producers are already battling a civil case in US courts, filed by Democratic Party politicians, for allegedly misleading the public for years about their role in global warming.

'Not just about oil'

The Justice Against Sponsors of Terrorism Act (JASTA) could be riskier still. The law allows the Saudi government to be sued on the grounds that it helped to plan the 9/11 attacks on the US, an allegation that Riyadh denies.

Ellen Wald, author of Saudi, Inc: The Arabian Kingdom's Pursuit of Profit and Power, said bin Salman has likely discussed such issues while stateside, but the US Securities and Exchange Commission (SEC) regulator will not bow to political pressure.

“You can’t negotiate with the SEC for less strict regulations,” Wald told MEE. “Either Aramco decides it wants to do something with the New York Stock Exchange and it’s going to fly with the regulations – or it’s not. They don’t give exceptions.”

But that does not mean there is no political pressure involved, added Wald. The crown prince will be loath to offend Riyadh’s security guarantor – particularly as US-Saudi ties under Trump are blossoming after the rocky years of the Obama administration.

“This is absolutely not just about oil,” said Wald, who is also a scholar at the Arabia Foundation, a Washington-based think-tank. “American companies have been working in Saudi Arabia since the 1940s and what was almost the very beginning of the country.”

The other big question is when, said Goldson. Saudi oil chiefs may now be talking about a listing on the Riyadh-based bourse, the Tadawul, this year as a “pilot project” ahead of a bigger, international sell-off in 2019 or beyond.

Hovering around $67 a barrel, oil prices are at their healthiest in years, Goldson said. But an Aramco valuation will reflect current prices and known reserves – meaning bin Salman must be confident of reliable crude prices when he triggers a sell-off.

That could be the biggest gamble of the deal and see the IPO yield significantly less than the prince’s $2 trillion valuation. Wald cannot see it dipping “anything below $1 trillion”, but Woertz predicted a drop to as low as $800bn – bad news for bin Salman's costly agenda.