IS blows up ancient monastery in Iraq

The 1,400-year-old monastery is the latest in a long line of destroyed antiquities by the Islamic State New satellite imagery shows that the Islamic State (IS) group in Iraq has demolished a 1,400-year-old monastery near the town of Mosul.

The chapel was used a place for worship for monks and later for coalition soldiers during the Iraq War in 2003, according to a report published by the Associated Press on Wednesday.

Named Dair Mar Elia, or St Elijah in English, the monastery is named after the Assyrian Christian monk who constructed the church around 582AD. Iraqi Christians have worshipped at the site for well over a millennia.

In 1743, a Persian army killed nearly 150 monks when they refused to convert to Islam. For centuries, Christians across the region would conduct a pilgrimage to the monastery, and it was later transformed into a military base during the US invasion of Iraq.

Imagery experts told AP that the destruction took place between August and September of last year.

While the chapel has withstood centuries of conquering militaries and empires, IS has been on the warpath to destroy historical antiquities of mosques, shrines, and churches in both Syria and Iraq.

Last March, IS began bulldozing the UNESCO heritage site Hatra, a city founded in 200 BC.

The director-general of UNESCO, Irina Bokova, said back in July 2014, “I call on all actors to refrain from any form of destruction of cultural heritage, including religious sites. Their intentional destruction are war crimes and a blow against the Iraqi people’s identity and history.”

In October, IS blew up portions of the ancient city of Palmyra in Syria.

Known as the "Pearl of the Desert," the ancient oasis town of Palmyra situated about 210km northeast of Damascus became famous as a stopping point for caravans travelling on the Silk Road.

Both the citadel and the ruins are on the UNESCO World Heritage list and before the war around 150,000 tourists a year visited Palmyra.

IS has already destroyed the shrine of Baal Shamin and the 2,000-year-old Temple of Bel, regarded as Palmyra's masterpiece, as part of a campaign to destroy pre-Islamic monuments, tombs and statues it considers idolatrous. 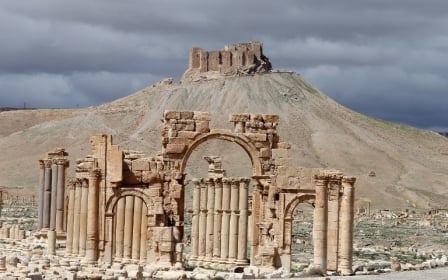 Islamic State
IS blows up Arch of Triumph in Syria's Palmyra 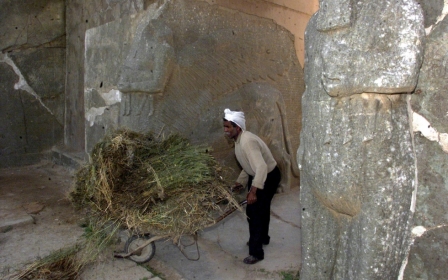