Israel rolled out the red carpet for Jair Bolsonaro's visit, just days before the Israeli election (Reuters)
By
MEE and agencies

Plans for a Brazilian "diplomatic office" in Jerusalem was unveiled on Sunday during a visit to Israel by the South American country's far-right President Jair Bolsonaro, signalling that an embassy move is, for now, off the cards.

Bem vindo to Israel @ernestofaraujo, Minister of Foreign Affairs of Brazil & President @jairbolsonaro. Obrigado for opening a diplomatic office in Jerusalem! Israel and Brazil are true friends sharing common values and we will strengthen the cooperation between our two countries. pic.twitter.com/yj2Qavz9NV

Bolsonaro, who on Sunday declared his love for Israel in Hebrew, has signalled he wants to follow Washington's suit and controversially move the Brazilian embassy from Tel Aviv to Jerusalem. However, military leaders in his cabinet have opposed such a plan.

The four-day visit by the Brazilian comes a week before Israel's closely contested 9 April elections, in which the right-wing Prime Minister Benjamin Netanyahu is battling a popular centrist candidate and corruption allegations, which he denies.

Netanyahu said he and Bolsonaro would sign "many agreements," including security deals, and that the Brazilian leader would visit Judaism's holy Western Wall, "in Jerusalem, our eternal capital".

Bolsonaro is bringing with him Foreign Minister Ernesto Araújo, whose main point in life is the Adolf Hitler was a left-winger https://t.co/0cLckld5lZ

"My friend Mr President, we are making history together. When you took up office last January, we opened a new era in Brazil-Israel relations," Netanyahu said.

"You have come with an honourable delegation of ministers, MPs and business people. This is the largest Brazilian delegation that has ever come to Israel, and in the coming days we will sign many agreements between us."

Israel's energy minister announced on Sunday that Brazilian state-run oil firm Petrobras will bid in a new tender to explore for oil and gas off Israel's shore.

"It was agreed that Petrobras ... will take part in a process of oil and gas exploration in Israel," Energy Minister Yuval Steinitz told Army Radio.

Earlier this month, a Brazilian government official told the Reuters news agency no decision had been made on the embassy move, but "something will have to be said about the embassy during the trip".

The official, who spoke on condition of anonymity, added that a formal announcement might not come during the visit.

Golan Heights: Trump aims to 'shore up' support for Netanyahu ahead of Israeli vote
Read More »

Visiting Brazil for the presidential inauguration in January, Netanyahu said Bolsonaro had told him that moving the Brazilian embassy in Israel to Jerusalem from Tel Aviv was a matter of "when, not if".

Like Netanyahu, Bolsonaro is an outspoken admirer of US President Donald Trump, who moved the United States' embassy to Jerusalem last May, five months after breaking with international consensus and recognising the city as Israel's capital.

Like Trump, Bolsonaro also enjoys strong evangelical support at home. Netanyahu has courted US evangelical leaders during his current decade in power.

However, in an interview in February, Brazilian Vice President Hamilton Mourao, a retired army general, told Reuters that moving the embassy was a bad idea because it would hurt Brazil's exports to Arab countries, including an estimated $5bn in sales of halal food that comply with Muslim dietary laws.

Netanyahu says Bolsonaro's delegation is the largest to have arrived in Israel in the history of relations between the two countries. He adds that Bolsonaro will visit the Western Wall when he is in Israel.

Bolsonaro's economic team and the country's powerful farm lobby have advised against relocating the embassy to Jerusalem.

Israel captured East Jerusalem along with the West Bank and the Gaza Strip in the 1967 Middle East war. Palestinians seek to establish a state in the territories, with East Jerusalem as its capital.

So far, only the US and Guatemala have broken with international consensus by opening embassies in Jerusalem.

Paraguay backtracked on a decision last year to move its embassy, while Israel and the US have talked with Honduras about its mission moving to Jerusalem. Diplomacy
'The decision is taken': Brazil to move its embassy to Jerusalem, says Bolsonaro 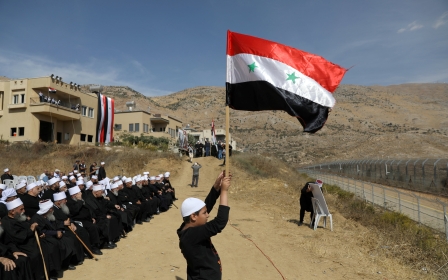 Israeli Elections
Golan Heights: Trump aims to 'shore up' support for Netanyahu ahead of Israeli vote 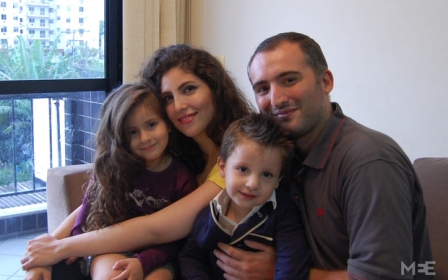 Refugees
From Syria to Brazil: Following a century-old route to a new life