Idlib-based Tauqir Sharif, who was deprived of citizenship in 2017, says appeal process amounts to 'rubber stamping a kind of medieval exile' 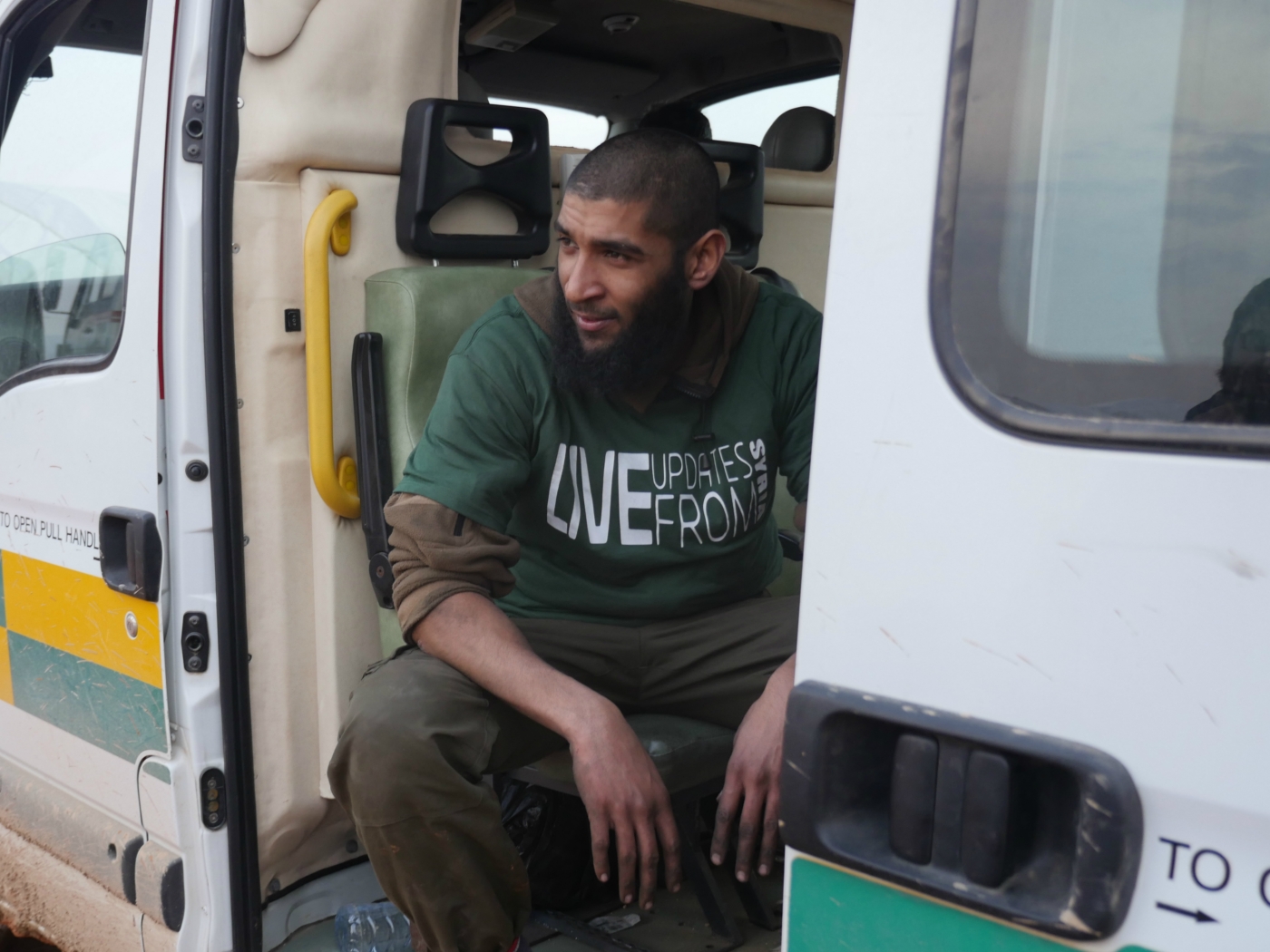 An aid worker in northern Syria, who has been stripped of his British citizenship, is to boycott his own appeal in protest at a process which he says is an “affront to justice”.

In a letter to be sent on Thursday to the court that was due to hear his case, Tauqir Sharif will say that he “no longer wants to be party to a system that is rubber-stamping a kind of medieval exile process against its own people”.

Sharif, who is from London, will complain about the secretive nature of the appeal process, in which appellants are not allowed to see or challenge some of the evidence used by the government against them. 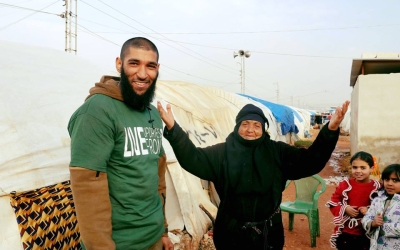 Why I am boycotting Britain's two-tiered justice system
Read More »

He told Middle East Eye that the only evidence that had been shared with him by the government was a heavily redacted statement by a border guard who interviewed him in 2012 as he was passing through the port of Dover as part of a Syrian-bound aid convoy, and who observed that he was wearing a jacket with a “jihadi symbol”.

Sharif said this referred to a patch with the words of the Shahada - the Muslim statement of faith - in Arabic. He said he had been given the patch during an aid mission to Gaza in 2009 and wore it for luck.

He will also highlight concerns that the government's use of citizenship revocation orders has created a “two-tier justice system” that he says has been used in a discriminatory fashion against British Muslims and the children of immigrants, and call on others to join his boycott.

“I always believed that we had a robust legal system in the UK. I felt safe knowing that if I was ever to be falsely accused, I would always have my day in court and be able to adequately defend myself,” Sharif writes in the letter, which MEE is also publishing on Thursday.

“This is an assumption all British people have, and should have. But this all changed when I began the process of defending myself against the citizenship removal.”

Sharif has been working on aid projects in Syria since 2012 and has been based in the Atmeh refugee camp in northern Idlib since early 2013. He lives there with his wife, who is also British, and five children who have all been born since he moved to Syria.

In May 2017, the British government wrote to Sharif via his family to inform him that he had been deprived of citizenship on the grounds that he had been assessed to be “aligned with an al-Qaeda-aligned group” and could “present a risk to the national security of the United Kingdom”.

Sharif denies any links with armed groups or proscribed organisations. He says his charity, Live Updates for Syria, employs around 200 people and runs 41 aid projects in Idlib, the last area of Syria still under the control of Syrian opposition forces.

Appellants in citizenship revocation cases are usually protected by anonymity but Sharif waived that right in March in order to raise awareness about the government's increased use of the powers against British nationals who have travelled to Syria.

He says he has effectively been left stateless and stranded in Syria by the British government and would have no other option but to seek political asylum in Turkey if the situation in Idlib became too dangerous for his family to remain there.

More than 100 people were stripped of citizenship in 2017, compared with 14 in 2016 and just 33 between 2010 and 2015, amid government concerns about the security threat posed by returnees from Syria.

They include people suspected of links to the Islamic State group and now being held in camps in northeastern Syria, such as Shamima Begum, but also several based in Idlib, as exclusively reported by MEE two years ago.

At least 26 appeals against citizenship revocation orders are currently in progress at the Special Immigration Appeals Commission, according to information obtained by MEE via a freedom of information request earlier this year.

Appeals can take years to be heard and the process is complicated by the use by the government of “closed material”, usually provided by the intelligence services, which appellants and their lawyers are not allowed to see.

Instead, government-vetted lawyers known as special advocates are appointed to represent them but are not allowed to speak to the appellant once they have seen the closed evidence.

Moazzam Begg, the outreach director for Cage, a rights group that advocates for people affected by counter-terrorism policies, told MEE that Sharif had "dedicated his life to helping the Syrian people".

He said that SIAC and the special advocates system had served to perpetuate a "cycle of discrimination and injustice".

"These courts have a history of making decisions on the basis of 'closed evidence' which cannot be reasonably seen, let alone challenged," said Begg.

Sharif told MEE that he was still waiting for a date for his case to be set two-and-a-half years after losing his citizenship.

He said he was now representing himself after his former lawyers had advised him that he had only a slim chance of succeeding in his appeal because those who had been successful had usually won on technicalities rather than on the substance of the case. 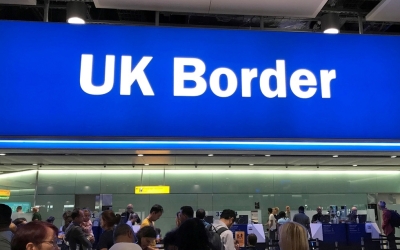 Last year, two British men of Bangladeshi heritage overturned citizenship revocation orders on the grounds that they had been wrongly assessed to be Bangladeshi nationals and left stateless as a result.

The British government can only rescind citizenship in cases in which the person targeted is assessed to hold another nationality as well.

Sharif says he does not consider himself to be a dual national but he appears to have been stripped of citizenship on the grounds that he has Pakistani citizenship rights through his parents, who came to the UK as children.

“After speaking to lawyers, I realised that there is no point continuing with this process because most people had won on a technicality that they were not a dual citizen,” said Sharif.

“I wanted to win on the fact that I am innocent and that I haven't been found guilty of anything. At this point it is better for me to boycott the proceedings until there is a fairer system.”

Sharif's father, Mohammed Sharif, told MEE that his son's situation had taken a toll on his family in the UK.

"We haven't seen him for nearly seven years now, and it has been very hard for his mother in particular. We have never met our grandchildren there and obviously we cannot go and visit them," he said.

"But the whole family supports what he is doing. We are very open about the situation and the whole community supports him. All he has done is helped people. He is born and bred in the UK and to think he could be deported to Pakistan is ridiculous. He has only been there once and that was during the floods in 2009 when he went as an aid worker."

Citizenship deprivation powers have been utilised and defended by successive home secretaries on the grounds that they are a necessary measure to keep the public safe, but Tauqir Sharif said he hoped that future governments would look again at the issue.

“That is one of the things I am calling for. There are a lot of good people in the UK. Maybe if the government were to change the legislation and the laws will change. I still have that hope.” 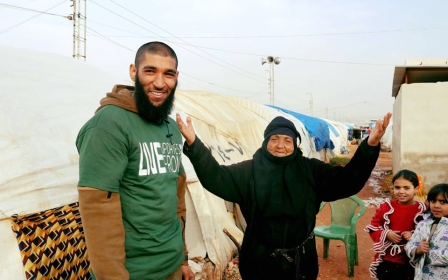