British battleship to escort all UK vessels through Strait of Hormuz HMS Montrose, a British frigate now in the area, will now accompany the vessels (AFP)
By
MEE and agencies

A British warship will accompany UK-flagged vessels through the Strait of Hormuz to defend freedom of navigation, a change in policy after the government previously said it did not have the military resources to do so.

Tensions have spiked since British forces captured an Iranian oil tanker near Gibraltar which the UK said was heading for Syria in defiance of EU sanctions.

Tehran then last Friday seized a British-flagged tanker in the Strait. The British government has previously advised UK-flagged vessels to avoid the Strait of Hormuz where possible and to notify the navy if they must cross it.

HMS Montrose, a British frigate currently in the area, will now accompany the vessels, a government spokesman said.

"The Royal Navy has been tasked to accompany British-flagged ships through the Strait of Hormuz, either individually or in groups, should sufficient notice be given of their passage," the spokesman said.

"Freedom of navigation is crucial for the global trading system and world economy, and we will do all we can to defend it," he added in a statement.

Britain has been seeking to put together a European-led maritime protection mission to ensure safe shipping through the Strait of Hormuz after Iran's seizure of the tanker in what London said was an act of "state piracy".

Jeremy Hunt, who was foreign secretary until a cabinet reshuffle on Wednesday, said on Monday it was "not possible for the Royal Navy to provide escorts for every single ship". Dominic Raab has now replaced him as Britain's top diplomat.

According to an official, who asked not to be named, the government had been working on the plan for a few days and was not the result of a change of direction under new prime minister Boris Johnson, the Reuters news agency reported.

The Department for Transport is advising shipping companies to give sufficient notice of their travel plans so they can be protected.

On any given day, about 15 to 30 large British-flagged ships travel through the Gulf, with up to three passing through the Strait of Hormuz.

The United States, Britain and other nations are meeting in Florida on Thursday to discuss how to protect shipping in the Gulf from Iran.

Washington, which has by far the strongest western naval contingent in the Gulf, has been calling for its allies to join it in an operation to guard shipping there.

But European countries, which disagree with a US decision to impose sanctions on Iran, have been reluctant to sign up to a US-led mission for fear of adding to tension in the region.

France, Italy and Denmark support the idea of a European Union-led flotilla in the Gulf, three EU diplomats said on Tuesday. Germany has said it is too early to discuss how it might take part.

Iran says it is the guarantor of security in the waterway.

Tehran will not allow any disturbance in shipping there, Iran's IRNA news agency quoted Deputy Foreign Minister Abbas Araqchi as saying on Tuesday, as reported by Reuters.

Further exacerbating tensions between Tehran and London, on Wednesday the UK's High Court ruled that Britain's Ministry of Defence (MoD) was not liable to pay at least £20m ($25m) in interest on £387m ($480m) owed by the UK government to Iran from a decades-old British tank sale.

The UK had argued that no interest was due since the body to which the sum was owed is under EU sanctions.

Britain's Sunday Times newspaper successfully applied for a secrecy order on the case to be lifted. The contracts were cancelled after the shah was deposed in the 1979 Islamic Revolution, but Tehran had already paid for the undelivered tanks and demanded the money was returned.

In May, The Guardian newspaper reported that it understood that the MoD had rejected a plea from the UK Foreign Office to hand over the £400m, saying it was not prepared to give the money to the Iranian Revolutionary Guard Corps.

The UK Foreign Office believes if the money were transferred, as an international arbitration court has ruled it should be, it would be more likely that Nazanin Zaghari-Ratcliffe, a British-Iranian charity worker jailed in Iran, would be released.

The issue of whether there is an Iranian body to which the UK can lawfully pay the £387m remains to be determined. 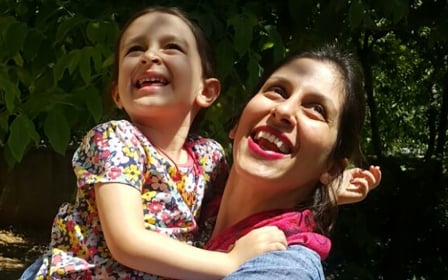 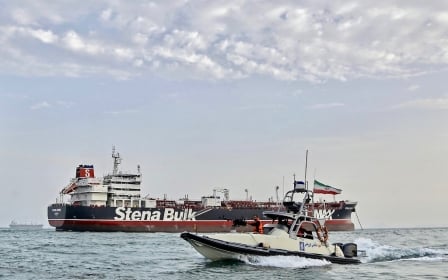