Business as usual? How G20 countries have reacted to Riyadh after Khashoggi

Some have condemned, some have stayed silent. Which world leaders does Mohammed bin Salman especially need to watch out for? 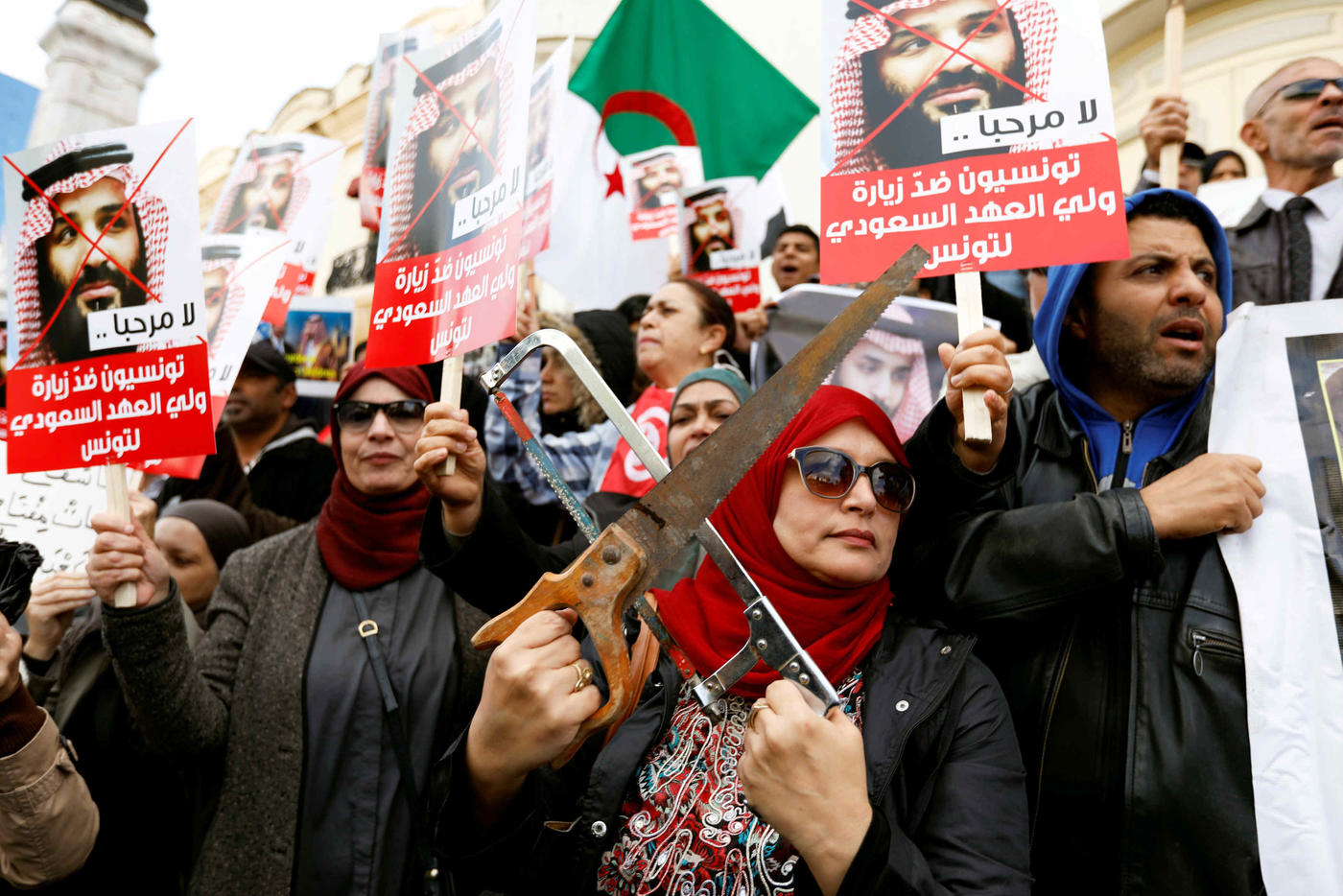 Weeks of criticism following the murder of Jamal Khashoggi has not deterred Saudi Crown Prince Mohammed bin Salman from continuing his public relations blitz around the world.

Following a whistle-stop tour of the Middle East and North Africa, which saw protests against him in Tunisia and rumours of Morocco's king snubbing an audience with him, the crown prince has landed in Argentina, where he will attend the G20 summit.

The annual gathering hosts world leaders from the 20 largest economies, many of whom sell weapons to Saudi Arabia and rely on it for oil. While some condemned Riyadh over Khashoggi's death, others had even hinted at imposing sanctions on Saudi Arabia over the journalist's murder, and its war in Yemen.

But has the world moved on, and gone back to business as usual with Riyadh?

Here's a rundown of the countries attending the G20 summit in Buenos Aires, and how, if at all, their relations with Saudi Arabia have changed following the murder of Jamal Khashoggi.

Like many countries in the global south, South Africa did not condemn the Saudi government for the murder of Khashoggi, which was carried out by a team of Saudis sent from Riyadh. The CIA has concluded that Mohammed bin Salman was almost certainly behind the assassination.

There's no sign Saudi Arabia's purchase of South African arms will be interrupted any time soon. However, the weapons contracts were criticised recently when concerns were raised at home that South Africa-made weapons were being used by Riyadh to bomb Yemen.

Weapons supplied by the South African to the Saudis include ammunition, armoured vehicles, surveillance and military technology.

In recent years Russia has attempted to build ties with Saudi Arabia. Following Khashoggi's murder, Moscow has attempted to capitalise on the strain the scandal has put on the relationship between Riyadh and western powers.

Russia has refused to condemn Saudi Arabia over Khashoggi's death and sent a team of billionaire oligarchs to a major investment conference in Riyadh, dubbed "Davos in the Desert", days after the murder. Other countries downgraded their delegations to the conference or shied away from it altogether.

Tokyo has been silent over Khashoggi's murder and issued no statement acknowledging it.

Saudi Arabia is a key backer of Softbank, a Japanese financial house, and invested heavily in its Vision Fund, the world's largest technology fund, which has invested in major US tech giants like Uber.

China's foreign ministry said it was "aware" that an investigation was ongoing over Khashoggi's murder but has stayed mostly silent over the incident.

Beijing has, however, shown an interest in building stronger ties with Saudi Arabia.

According to the Stockholm International Peace Research Institute (SIPRI), in 2017 China supplied $20m worth of arms to Saudi Arabia. But analysts say that Chinese arms would not be able to fill the gap left by US weapons if an American embargo is imposed on Riyadh.

Despite not condemning the Khashoggi murder, Indonesia criticised Saudi Arabia after it executed Tuti Tursilawati, an Indonesia maid, without telling its embassy in Riyadh.

The issue has sparked widespread criticism within the Indonesian government and sparked a conversation in Indonesia over workers rights inside Saudi Arabia. Jakarta has only recently resumed sending workers to the kingdom following a moratorium after the death of a domestic worker.

Tursilawati's death, however, has meant relations remain frosty at this moment between the two countries.

While the world focused on Khashoggi's death, Brazil was electing its next president.

Following a bitter election campaign, Jair Bolsanaro, 63, a far-right nationalist, was chosen to lead Brazil. But since his victory last month, the former military officer has made no comments on Saudi Arabia or Khashoggi.

Germany has issued the most robust response to Khashoggi's murder. Earlier this month, the Germans halted all new arms licenses to Saudi Arabia and banned 18 Saudis suspected of murdering Khashoggi from travelling to the country.

An audio recording of Khashoggi's death has been given to Germany by Turkey, where the murder took place. But whether Chancellor Angela Merkel will shake Mohammed bin Salman's hand remains to be seen.

Narendra Modi's government has not commented on the scandal. The silence could be down to New Delhi's hopes of gaining a piece of Saudi Arabia's Vision 2030 projects. Saudi Arabia is planning investment projects worth $500bn in India as part of its futuristic economic scheme.

The kingdom accounts for about 20 per cent of India's total annual imports. Saudi Arabia is India's largest supplier of crude oil and the Gulf country hosts more Indian labourers than any country, an important source of remittances.

While France condemned Khashoggi's murder and described it as a "serious crime", it has remained silent on whether it would follow Germany and suspend weapons sales to Saudi Arabia.

The French are currently the third-largest suppliers of arms to Saudi Arabia, with deals totalling more than $12.6 billion.

But despite being handed the Khashoggi murder audio by Turkey, France's hesitation to tear up its arms deals may mean that it is business as usual with the Saudis. French Defence Minister Jean-Yves Le Drian has even denied France was handed the tapes by Turkey and accused the country of playing games.

Mexico, where a new left-wing president takes office next week, has issued no statement on the murder.

Canberra said it was "deeply concerned" over the death of Khashoggi, but said that it wanted to wait for the outcome of Riyadh's own investigation into the murder before commenting further.

Following the assassination, there were calls from opposition Green Party MPs for the Australian government to boycott the "Davos in the Desert" investment conference, but no change was made. In the past, Australia has attempted to secure closer trade ties with Saudi Arabia and negotiated a defence deal.

Prime Minister Justin Trudeau has said that Canada had listened to the Khashoggi death tape, but made no comments on whether it would axe Canada's largest arms deal.

Despite its diplomatic disputes with Saudi Arabia, Canada has not cancelled its Saudi arms sales or stopped oil imports from the Gulf kingdom.

Earlier this month, Mohammed bin Salman reportedly "threw a fit" over Britain's plans to introduce a resolution at the United Nations calling for a cessation of hostilities in Yemen.

Hunt also raised concerns over Khashoggi's murder during the meeting, having issued a joint statement with France and Germany condemning the killing.

Despite widespread condemnation over the war in Yemen and Khashoggi, the UK has not hinted at changing its arms sales arrangement with Saudi Arabia, the second-largest customer of British arms.

US President Donald Trump can expect the warmest welcome from the 33-year-old heir to the Saudi throne.

Last week, Trump said in a statement that his administration would stand by the Saudi leader, whether he was responsible for Khashoggi's murder or not.

"Our intelligence agencies continue to assess all information, but it could very well be that the crown prince had knowledge of this tragic event – maybe he did and maybe he didn’t!" Trump said in the written statement.

"That being said, we may never know all of the facts surrounding the murder of Mr Jamal Khashoggi. In any case, our relationship is with the Kingdom of Saudi Arabia."

Despite reports that the CIA concluded that Mohammed bin Salman ordered the journalist's killing, and senior Republican senators confirming this analysis, Trump has denied the US intelligence agency pointed that way.

Nevertheless, America has banned 18 Saudi suspects, including the crown prince's top aide Saoud al-Qahtani, from visiting, and issued sanctions against them.

Mohammed bin Salman will likely face the coldest reception from Turkish President Recep Tayyip Erdogan if they are to meet at all. The two leaders have not met since Turkey broke the news that Khashoggi had been killed inside Saudi Arabia's consulate in Istanbul last month.

Since then, Turkey has leaked various accounts of the murder and has played a recording of Khashoggi's killing to several western powers, including the US, Britain, Canada, France and Germany.

It has also called for an international investigation into the murder, independent of the Saudi authorities. Erdogan has said the "highest levels" of the Saudi leadership were to blame for the murder.

Seoul has remained silent on the Khashoggi murder. The two countries have shared strong ties for many years, with Saudi Arabia being South Korea's top supplier of crude oil.

Buenos Aires did not comment on the Khashoggi murder, but prosecutors in Argentina begun launching a war crimes investigation into Mohammed bin Salman following a complaint lodged by Human Rights Watch.

The group submitted its complaint to an Argentinian judge, as Argentina is one of the few countries which recognise universal jurisdiction for war crimes and torture.

However, it is thought that a conviction or criminal probe is highly unlikely. The two countries share common trade relations but have never had a diplomatic spat.

Having met with Saudi Arabia's ambassador in July, Salvini described the Gulf kingdom as a source of "stability and reliability both in bilateral relations and as an actor in the... Middle Eastern chessboard".

The Italian government has not commented on Khashoggi murder or the war in Yemen. Italy is the third-largest supplier of weapons to Saudi Arabia, according to the SIPRI. 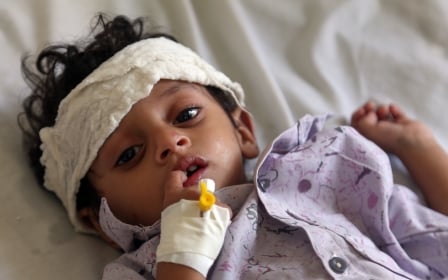 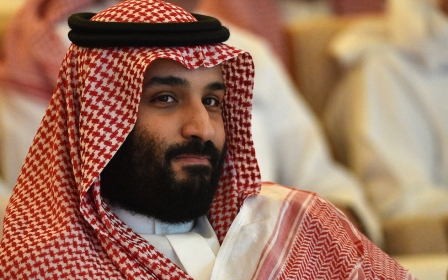 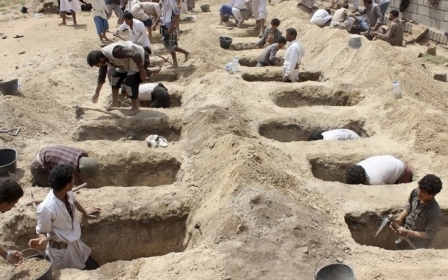