Canadian firm was hired to lobby US and Russian presidents to support Nabil Karoui but campaign denies involvement, and firm's head even says he's now unsure if Karoui knew 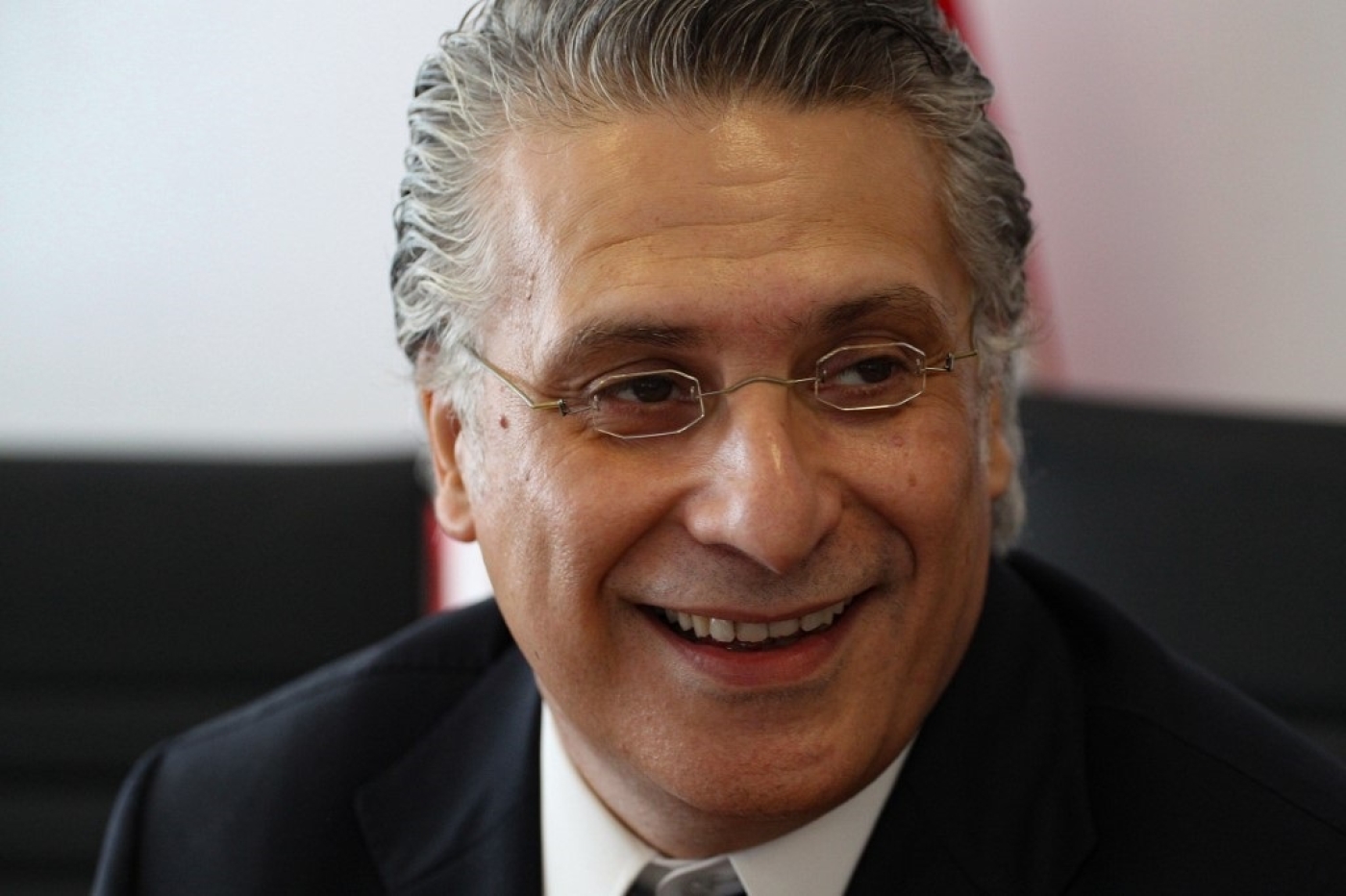 A lawyer representing jailed Tunisian presidential candidate Nabil Karoui has confirmed that he and his campaign have "no connection" to a $1m contract with a Canadian lobbying firm taken out in late August to secure Karoui's election.

In a 19 August contract, Montreal-based Dickens & Madson pledged to arrange meetings with US President Donald Trump and Russian President Vladimir Putin ahead of Tunisia's first round of presidential polls on 15 September, according to records filed with the US Justice Department this week.

The goal, the contract said, would be “to assist the devising and execution of policies for the beneficial development of Tunisia and for the attainment of the presidency of the Republic of Tunisia”.

The four-page contract was signed by Ari Ben-Menashe, a Tehran-born former Israeli intelligence officer who founded Dickens & Madson, and Mohamed Bouderbala, whose identity, along with his relationship with media mogul-turned-presidential candidate Karoui, remained unclear as news of the agreement made waves in Tunisia.

“We don’t know anything about the identity of the person who has signed the contract, the mysterious Mohamed Bouderbala,” wrote Samy Ghorbal, a Tunisian journalist, on Facebook. “If anyone has any info, I’m a taker.”

But on Thursday afternoon, Karoui's lawyer, sending a statement through a member of the candidate's campaign, told MEE: "We confirm that there is absolutely no connection between our candidate and this company or this man Bouderbala."

The campaign said it had no idea about the contract and that Bouderbala has no relationship "either by far or close" with Karoui whose lawyers called Dickens & Madson on Thursday to share their concerns.

The lawyer's comments came soon after MEE spoke with Ben-Menashe, who said he was not sure whether Karoui was aware that his firm had been hired.

"I don't know if he knew or not," he said, describing Bouderbala briefly as "somebody that claimed he had a relationship with [Karoui]".

When asked if Ben-Manashe was now wondering whether Karoui or his campaign had any idea the contract had been inked, he replied: "Yes, that's right".

Ben-Manashe declined to comment on whether efforts had already been made to lobby Trump and Putin. The White House did not respond to MEE's request for comment on whether Dickens & Madson had made contact or set up meetings to discuss Tunisia or Karoui.

Many other questions remained on Thursday including how Ben-Menashe was paid - and who paid him exactly.

According to a document filed with the US Department of Justice on 26 September to comply with the Foreign Agents Registration Act, Dickens & Madson received $250,000 from Karoui “on or about” the day before. A further $750,000 is due in mid-October.

But Karoui's assets were frozen by a Tunisian judge in July.

'It's hard to overturn this kind of etiquette, once it has spread'

The US Justice Department had not responded to MEE's request for comment by the time of publication.

Youssef Cherif, a Tunis-based analyst and deputy director of Columbia Global Centers, part of Columbia University, said the revelation that Karoui may not have known about the contract "could change everything".

"However, if Ben-Menashe is so duped, that's a bigger problem for him. I don't think you can get money without verifying, file it with the Department of Justice, then just say that you didn't know," said Cherif. "In any case, it reminds us of how corrupt the business of lobbying in the US is."

If it is, in fact, true that Karoui and his team had no idea about the contract, the damage may already be done, he added.

"It's hard to overturn this kind of etiquette, once it has spread," Cherif said. "Many ended up victims of these kinds of attacks, even if completely unfounded." Karoui, 56, was arrested on tax evasion and money laundering charges in August but managed to secure the second-highest number of votes in the first round of the election in September from behind bars, where he has remained.

He and his supporters have accused the government of pressuring judicial authorities to upend his campaign, allegations authorities have consistently refuted.

Earlier this week, a Tunisian court denied a request for Karoui's release ahead of the election run-off, scheduled for 13 October.

Dickens & Madson signed a contract with Sudan’s military council this May, pledging to lobby the US, Saudi and Russian governments for funding, equipment and training for the Sudanese military, according to a copy of the contract filed with the US Justice Department.

In the same agreement, the firm said it would also approach eastern Libyan commander General Khalifa Haftar to fund the council in exchange for Sudanese military support of Haftar’s forces, which launched an offensive to take Tripoli in April.