In a historic first, the Assyrian language enters a US public school district 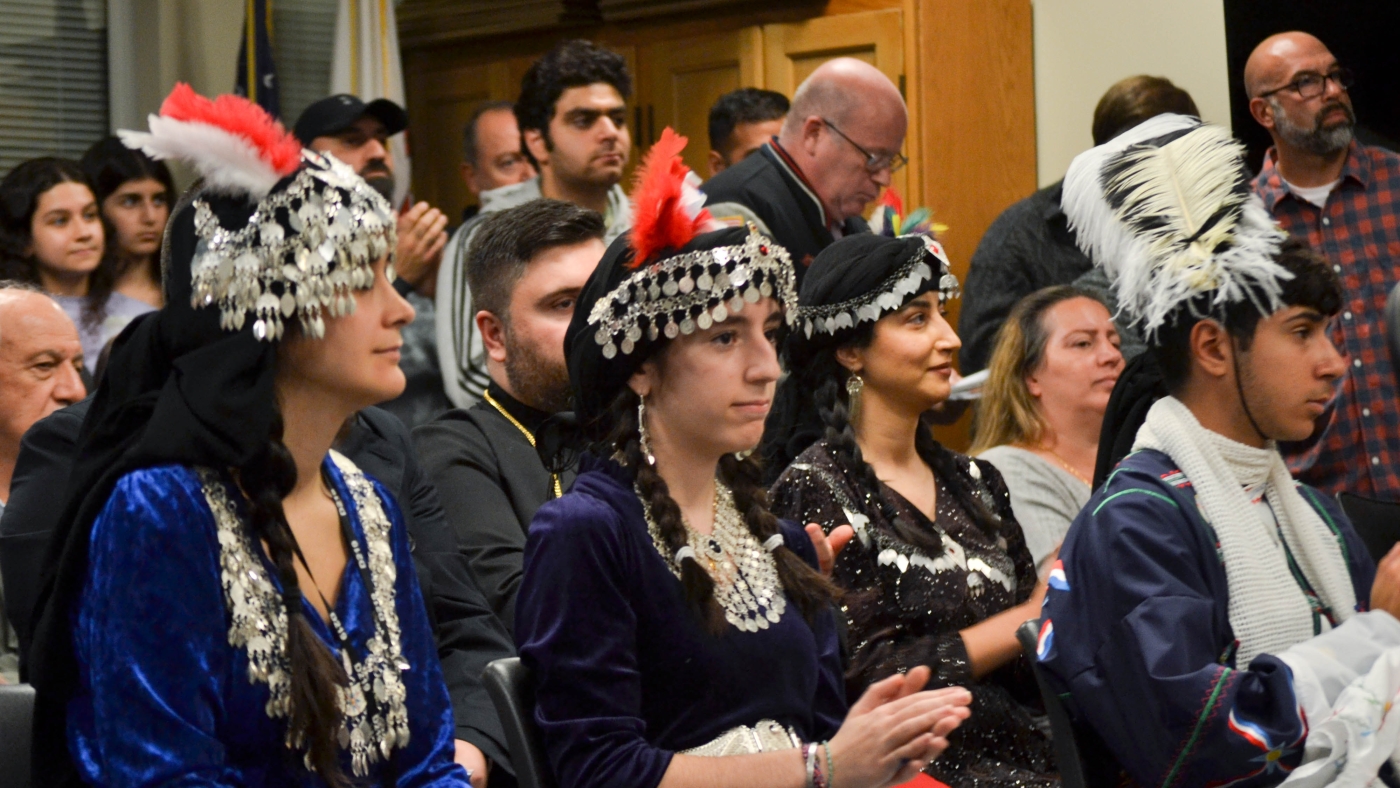 Ornament-adorned headwear glittered under the fluorescent lights illuminating a small room in a school district’s offices just outside of Chicago, Illinois. Groups of teachers, students and community members showed off their jooleh’d khomala, traditional Assyrian clothing, from their seats facing members of the district board of education.

The room was silent, aside from a roll call that would determine the fate of a historic proposal bringing the ancient, living, Assyrian language to a public high school district for the first time in US history. Then came the celebrations.

On Tuesday evening, the seven-member board of the Niles Township high school district 219 (D219), which encompasses parts of three suburbs of Chicago, voted unanimously in favour of an accredited Assyrian language and culture course that fulfills graduation requirements. It’s a first in the United States and a milestone for the city’s storied Assyrian community. 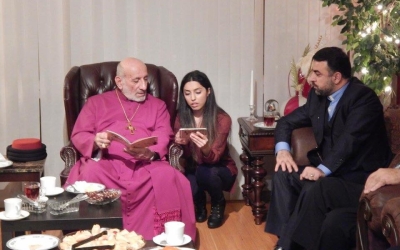 Beginning in the 2023-2024 academic year, the district will offer the course to the more than 4,000 students enrolled at its Niles North and Niles West High Schools.

The milestone comes after more than seven years of advocacy spearheaded by Assyrian parents, students, and administrators, beginning with the formation of "D219 Suraye", a group of parents and guardians of Assyrian students enrolled in the district, in 2015.

“When we had first started Suraye, at one of the first meetings, one of the requests was ‘Why aren’t we offering Assyrian class?’” Caroline Benjamin, a co-sponsor and founding member of D219 Suraye, told Middle East Eye. “I remember feeling like, ‘Oh my gosh, this is so much bigger than anything I could take on’.”

Chicago is home to one of the world’s largest populations of Assyrians, who make up a distinct ethnic group native to parts of modern-day Iraq, Iran, Turkey, and Syria. An estimated 100,000 live in the city, though estimates vary between the census and local nonprofits.

D219 Suraye estimates 25-30 percent of students enrolled in the district are Assyrians.

According to D219, more than 60 percent of its student body reports speaking a language other than English, with the most common being Urdu, Spanish, Assyrian, and Arabic. The district did not confirm whether those languages are listed in order of spoken frequency.

Ramina Samuel, a co-sponsor of Suraye who worked on the effort and is a counsellor at Niles North, said the success of the effort is the result of a shifting attitude toward guardian engagement in student life.

“A lot of times with our Middle Eastern families, they're coming from a culture where they put their full trust in the school system, and they're not as involved in the process of their students' learning,” she told Middle East Eye. “That's very different here in the US. You have to really be more engaged, and that's what we saw.”

Following the parents’ initial pitch, Suraye worked to gauge student interest. In 2016, the district began offering an elective summer course on the Assyrian language that reappeared in 2017 and 2018 - but the programme wasn’t sustainable.

At D219 schools, like most public schools in the US, students must complete at least two years of world language courses in order to graduate. As electives, the Assyrian classes offered those summers didn’t count toward that requirement.

“There were a lot of barriers in the summer,” Samuel said. “A lot of our families, they're immigrants, they travel back or they go across the world in [the] diaspora to see their families, and it is summer break — sometimes students just need the rest or they're working on credit recovery.”

Efforts to bring a school-year, accredited course picked up. But advocates at D219 hit a roadblock when they learned that in order for the course to move forward at the district level, it needed to first be approved by the state.

“That's really when we stepped in,” Atour Sargon, trustee of the neighbouring village of Lincolnwood, told Middle East Eye in an email, speaking of herself and her colleagues at the US-based Assyrian Policy Institute.

“Coincidentally, we were concurrently in the process of building the Illinois Assyrian Caucus, and this was one of the priority issues we had shared with legislators.”

Among those legislators were caucus co-chairs, State Representative Jennifer Gong-Gershowitz, who was present at a Suraye meeting with the Illinois State Board of Education (ISBE), and State Senator Ram Villivalam.

“We, as a community, need to continue every effort we have,” Villivalam told Middle East Eye at the meeting. “And with the action today, we're going to be able to take a significant step forward in making the Assyrian American community feel recognised.”

Unesco classified Assyrian - also called Syriac - as an endangered language, with less than 240,000 speakers worldwide, according to one nonprofit.

Today, Assyrians are marginalised in their ancestral homeland. In Iraq, an estimated 150,000 Assyrians remain, compared to the 1.5 million who populated the country prior to the US invasion in 2003.

Between 2014 and 2017, Assyrians along with Yazidis and other native minorities and ethnoreligious groups in Iraq and Syria were targets of cultural and religious persecution by the Islamic State militant group. The rate of depletion of the Assyrians in their indigenous lands endangers the survival of the language at home.

'The institution [is] actually facilitating being proud of the culture'

The push in D219 is part of a greater effort to increase accessibility to Assyrian language learning programmes and resources at home and in the diaspora.

This month, a public library in the nearby village of Skokie kicked off an eight-week Assyrian language course for adults. And in 2021, Apple introduced a built-in Syriac keyboard to its mobile operating system.

But efforts to protect the language are traceable to the community’s traditional home.

In Iraq, local non-profits fight the status quo with the establishment of schools teaching Assyrian-language curricula and educational programmes working to facilitate language use among Assyrian youth. 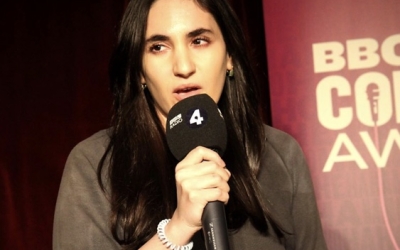 William Sargool, a D219 math teacher who, with Samuel, was involved in proposing the course, said the move will counter patterns endangering the language.

“We can definitely see the loss of language and what role it plays,” he told Middle East Eye. “Having a programme like this embedded into these high schools…we can see the preservation of language taking place.”

Dylan Chikko, a D219 alum and current employee, was a freshman at Niles West High School when Suraye was established. As an Assyrian, he said the passage of the course is significant.

Chikko, a first-generation Assyrian American who works as a substitute teacher and debate coach at the district, said a programme like this would have helped him as a student.

“I was at a very big disadvantage learning [Assyrian],” he said. “In terms of future students, it provides them with that opportunity that I didn't have…to learn about their language and learn about their culture.”

For the community, Samuel said, the hard work begins now.

“We will need the community, the parents’, continued engagement - and students, of course,” she said. “We would like for this to be a sustainable programme.”

District school leaders want to be a role model for US schools.

“The only trepidation is we’ve got to be great,” Tom Moore, district superintendent, said following the initial proposal. “We’ve got to be a role model for every other district in the country.”

The district is in discussion with the state board on administrative-level staffing and establishing requirements for course instructors, according to Todd Bowen, D19's world languages director.

When Bowen presented the proposal at the board’s October meeting, he said: “We will be forging a new path for not only our community and for our students, but in the world of language education in the United States.”

In the context of what he called home or heritage languages, Bowen said, ISBE is trying to determine guidelines for providing support, including helping students learn and hone skills in their own home languages.

In Illinois, high school students who can prove proficiency in English and one other foreign language can opt out of world language requirements through the ISBE’s state biliteracy programme. But the option isn’t available for all languages the district offers.

He said students and community members have reached out to start a number of language programmes, with past asks about Italian and American Sign Language. Before he joined D219, advocates introduced an Arabic language course proposal, but it hit a dead end. In his nine-year tenure there, the effort bringing Assyrian to the district is the only successful one Bowen has seen.

“When we have a situation like we do here - we have lots of different cultures, lots different languages - it's really important for students to see themselves…understand their backgrounds,” he said. “They're building bridges towards each other and towards a supportive kind of global community.” 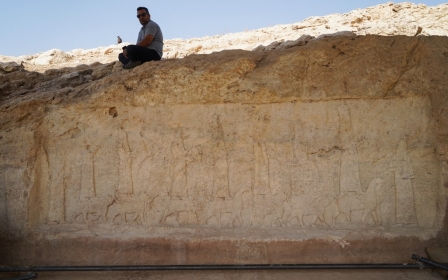 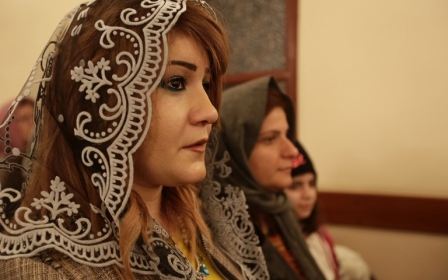 Islamic State
Reports: 200 Assyrians thought abducted by IS in Syria 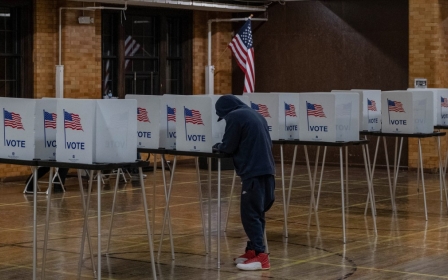 US Politics
US primaries 2022: Ballots will be available in Arabic in Dearborn, Hamtramck