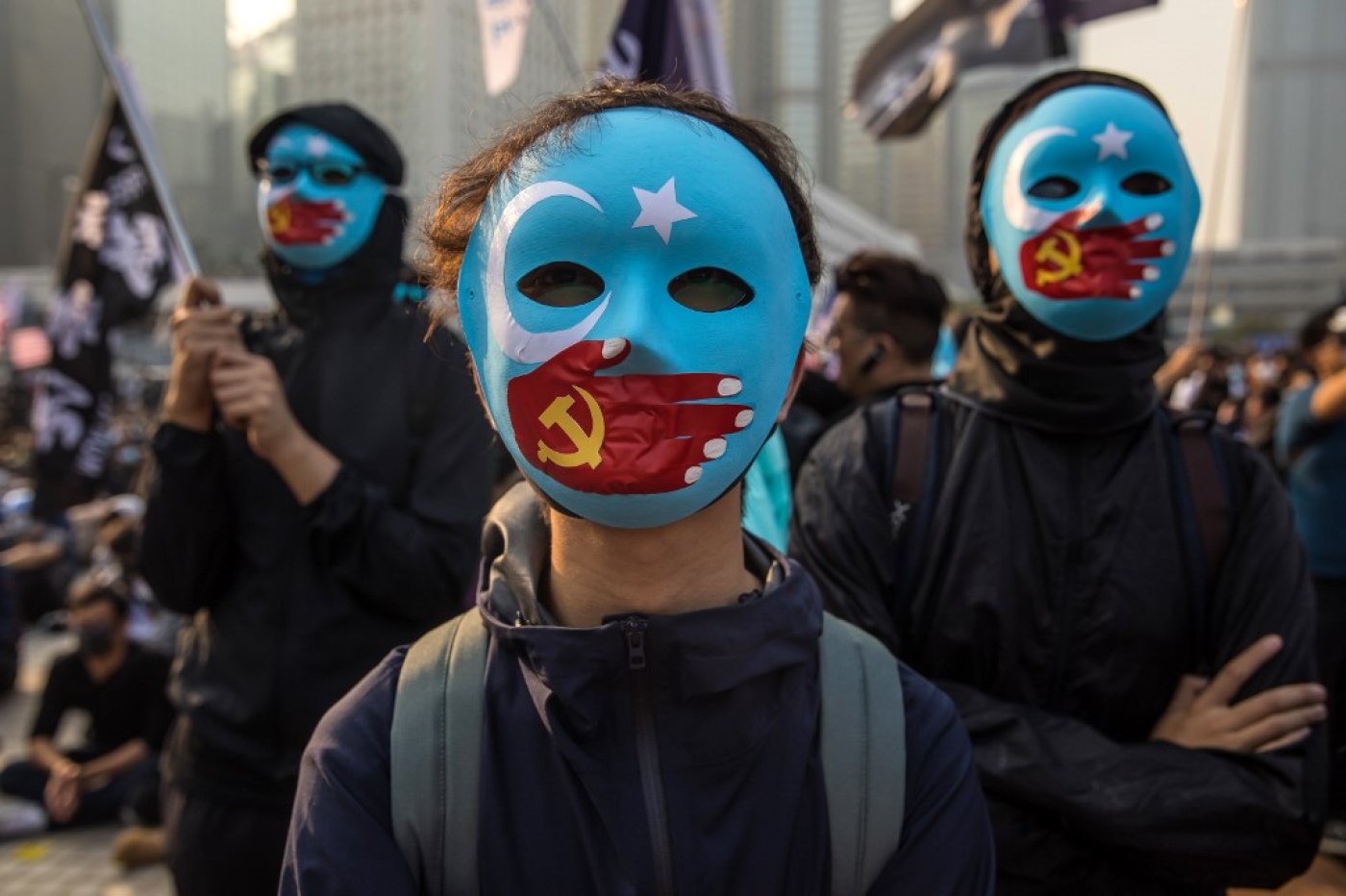 Protesters rally in Hong Kong in support of the Uighur minority in China, December 2019 (AFP)
By
MEE staff

More than 40 Muslim-American civil rights organisations launched a campaign to boycott Hilton hotels on Thursday over the company's plan to construct a hotel on the site of a bulldozed mosque in China's northwestern region of Xinjiang.

Speaking at a news conference in front of Hilton's headquarters in Virginia, the Council on American-Islamic Relations (CAIR), who is leading the campaign, said the planned construction of the hotel was contributing to the destruction of Uighur Muslims' culture and faith.

"We gave Hilton hotels more than four months, to rethink, to reconsider... but they decided to put profit over values," said Nihad Awad, the executive director of CAIR. "They decided to put their own bottom line over human rights."

The site that prompted the boycott was a mosque that was razed in Xinjiang's Hotan prefecture in 2018.

"You and I can make a dent into Hilton hotel's bottom line because that's the only language they speak," Awad said.

"You and I have the choice to choose where to go on your travel or to do business meetings or to hold events, weddings or banquets... We appeal to people who go on Hajj, who visit Madinah, Mecca, not to stay at the Hilton hotel," he added.

In July, a bipartisan US congressional commission had called on Hilton not to allow its name to be associated with the project.

A Hilton spokesperson told Middle East Eye: "Our business model creates opportunities for individual franchise owners spanning 119 countries and territories around the globe. However, this franchise model also limits Hilton’s involvement in the development and management of properties.

"Hilton does not publicly discuss the details of its business arrangements. However, we can confirm that in 2019 an independent Chinese ownership group purchased a vacant lot through public auction, with plans for commercial development, including a hotel. Hilton was not involved in the site selection."

According to research by the Australian Strategic Policy institute, around 16,000 mosques in 900 Xinjiang locations were partially or completely destroyed between 2017 and 2020.

Minarets have been removed from mosques and some demolished altogether in the area, which is closely monitored by China. The destruction has been verified by reports on the ground and by comparing satellite photos from previous years until now. For years, rights groups have accused the Chinese government of embarking on a campaign against the Muslim minority. More than one million Uighurs have been incarcerated in camps in a bid to root out Islamic customs.

Uighurs showing adherence to Islamic values - including praying, fasting, abstaining from alcohol, growing a beard, or wearing Islamic clothing - have been rounded up.

The New York Times has described conditions in Xinjiang as a "virtual cage" and "an incubator for increasingly intrusive policing systems that could spread across the country and beyond."

Xinjiang borders Kyrgyzstan, Kazakhstan, and Mongolia, and has been under Chinese control since 1949.

In the final days of the Trump administration, the State Department declared that the Chinese government was committing genocide and crimes against humanity through its widescale repression of Uighurs and other Muslim ethnic minorities.

But during a CNN town hall meeting in February, US President Joe Biden appeared to downplay China's treatment of the Uighurs, saying there were "culturally different norms" in every country.

China has rejected the accusations of genocide and other human rights violations. 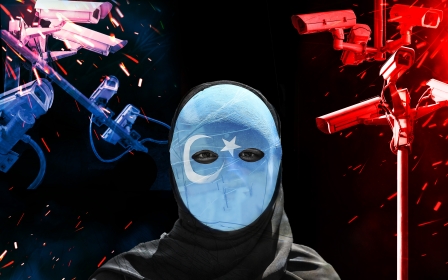 Politics
Uighur activists: Stuck between Chinese persecution and US imperialism