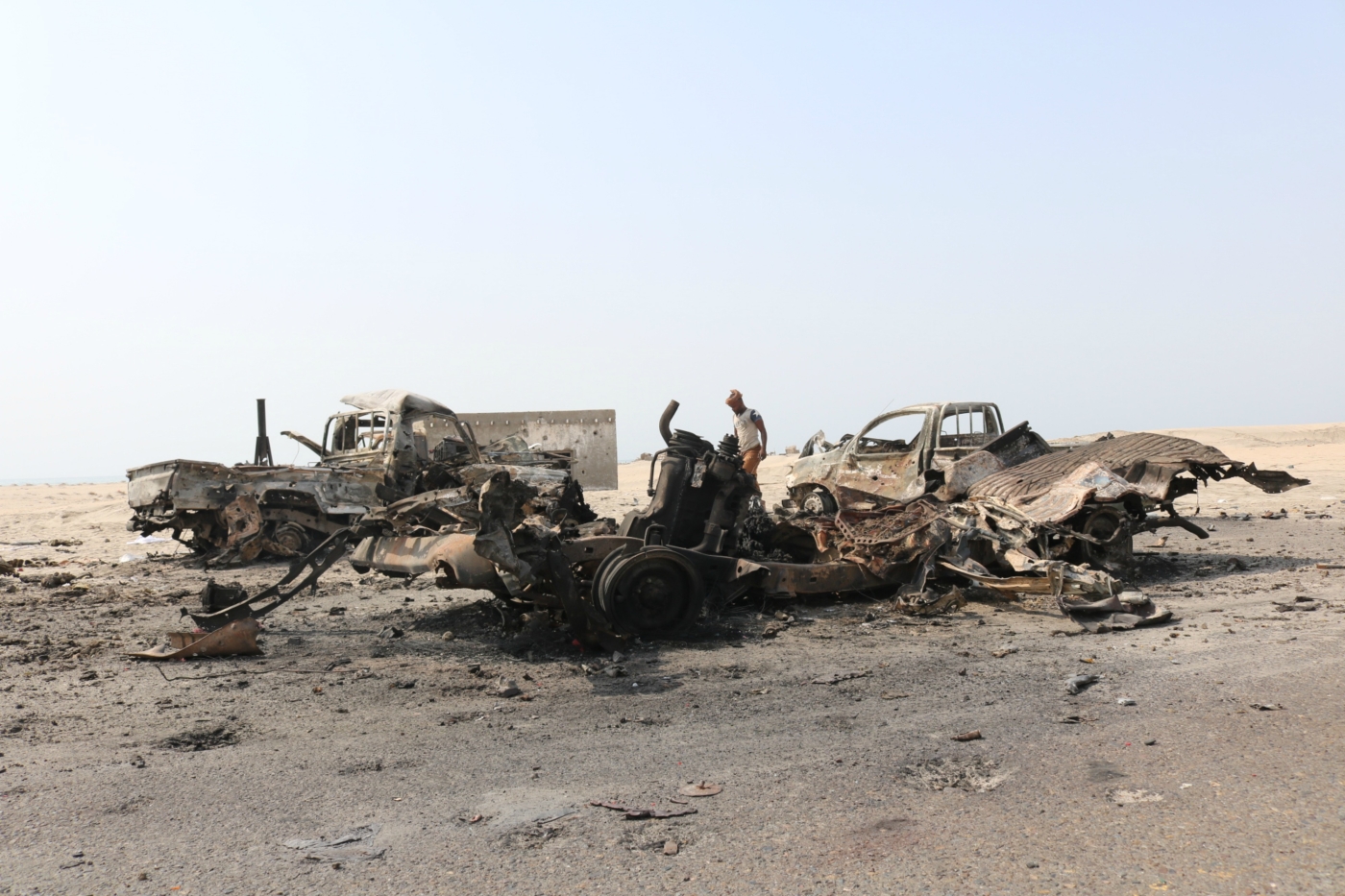 A suicide bomber on a motorcycle targeted a patrol of Security Belt Forces (SBF), the military wing of the Southern Transitional Council (STC), part of a separatist front fighting Yemeni government forces for control of the key port city of Aden.

The separatists and the government are both part of a Saudi-led coalition battling the Iran-aligned Houthi movement, which took over most of Yemen's cities in 2014.

But the separatists broke with the government earlier this month, accusing it of ties to the Muslim Brotherhood-aligned Islah party and seized its temporary base of Aden.

The move has exposed deep rifts in the coalition. The Saudis back the Yemeni government, while the UAE, the alliance's second-biggest backer, funds and arms southern separatist forces. Yemen war: What is the Southern Transitional Council?
Read More »

On Thursday, the UAE said it carried out "precise and direct" air strikes against "terrorist militias" in southern Yemen.

The UAE claims the militias were responsible for the attacks on the Saudi forces fighting at Aden's airport.

Yemen's government condemned the raids, which it said had killed and wounded more that 300 of its forces and civilians.

The UAE acted in "self-defence" after being attacked by "armed groups affiliated with terrorist organisations," the UAE's Ministry of Foreign Affairs said in a statement late on Thursday.

Other parts of Aden were largely quiet on Friday after days of heavy fighting, with shops, restaurants and bakeries reopening and people attending Friday prayers.

Hadi asked Saudi Arabia to intervene and stop what he called UAE interference and support for the SBF, according to state news agency Saba, as reported by Reuters news agency.

Hadi said that his forces had withdrawn from Aden to prevent the city from being destroyed, as fighting for control of the key port city continued.

Hadi also asked for all air strikes against Yemeni government forces to be halted.

7 August: Gunshots are reportedly fired at Yafee's funeral, which was held near Aden's presidential palace. Fighting breaks out between SBF fighters and presidential guards at the palace entrance. The STC claims 11 of its members were killed in the exchange of fire. Later that evening, STC Vice Chairman Hani bin Breik calls for supporters to march on the presidential palace to overthrow Hadi's government.

8 August: At least 12 people are killed in renewed clashes between the SBF and pro-Hadi forces in Aden.

10 August: The STC captures Aden after a fierce battle with loyalist forces. At least eight civilians are killed in the fighting. The Saudi-backed government accuses the STC of staging a coup in the southern port city after its fighters seized all military camps, prompting Riyadh to call for an urgent meeting for the warring parties.

22 August: The Shabwani Elite Forces (SEF), a militia loyal to the STC, attacks government forces in the Shabwa province and captures several areas, including its capital city of Ataq.

29 August: STC forces regain parts of Aden city and Abyan province. The UAE claims responsibility for airstrikes against what it calls "terrorist organisations", and Hadi calls on Saudi Arabia rein in the separatists, saying his forces have withdrawn from the city to prevent further destruction.

30 October: The UAE announces its troops have left Aden, handing over control to Saudi Arabia.

The situation in south Yemen is constantly shifting under frequent territorial exchanges between the UAE-SBF and troops loyal to the Saudi-supported Hadi government.

Earlier on Thursday, the SBF recaptured parts of Aden city and Abyan province from fighters loyal to Hadi.

The Saudi-led and Western-backed Sunni Muslim coalition intervened in Yemen in 2015 against the Houthis, who ousted Hadi's government in the then capital Sanaa.

Divisions have spread in a war that is widely seen as a proxy conflict between Saudi Arabia and Shia Muslim regional rival Iran.

The recent increase in violence has opened a new front in the war, which has already killed tens of thousands of people, in what the UN has called the world's worst humanitarian crisis. Yemen War
Yemen war: Who is the Southern Transitional Council?