The coalition air campaign against the Houthis and allied forces loyal to former leader Ali Abdullah Saleh began on 26 March in an effort to restore UN-backed President Abd Rabbuh Mansour Hadi to power.

"Coalition forces carried out qualitative and successful operations against the Houthis after coordination between the coalition leadership and the Popular Resistance Council leadership" on the ground in Aden, the southern city's deputy governor Naef al-Bakri told AFP.

Bakri did not give details on the operations but said warplanes destroyed a number of Houthi vehicles and hit checkpoints in Aden's north and northeast, adding that Popular Resistance fighters were also "provided with qualitative weapons".

"At least 40 rebels were killed and dozens were wounded" in air strikes and fighting, he said, referring to the Houthis.

A military source close to the Houthis confirmed to AFP that they had sustained "heavy losses".

Aden health chief al-Kheder Lassouar said at least 19 civilians and anti-Houthi fighters have been killed in two days of fighting there.

Meanwhile in the capital, coalition jets hit a Houthi-held air base and an arms depot on the Fajj Attan hill overlooking Sanaa.

Similar strikes on Fajj Attan last month set off a chain of explosions that killed 38 civilians.

Amnesty International warned on Thursday that "scores of casualties in Sanaa have been caused by anti-aircraft munitions shot by the Houthi armed group which detonated after landing in populated areas, killing and maiming civilians".

The London-based rights group's senior crisis adviser Lama Fakih said both the coalition and the Houthis "have failed to take the necessary precautions to protect civilian lives in violation of the laws of war. Instead they have carried out attacks that have had devastating consequences for the civilian population."

Amnesty urged the Arab coalition states "to take all feasible precautions to minimise the risks posed to civilians, as required by international humanitarian law.”

"The Houthi armed group should also move its military positions away from populated civilian areas where feasible," the watchdog said.

Other strikes on Thursday hit the Houthi stronghold of Saada in the country's north.

The Yemen conflict has killed almost 2,000 people and wounded 8,000, according to the World Health Organisation. 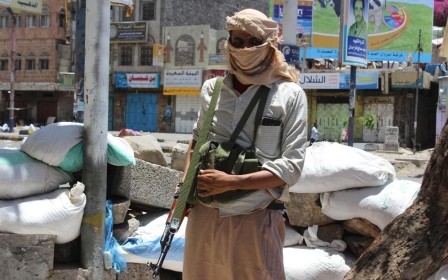