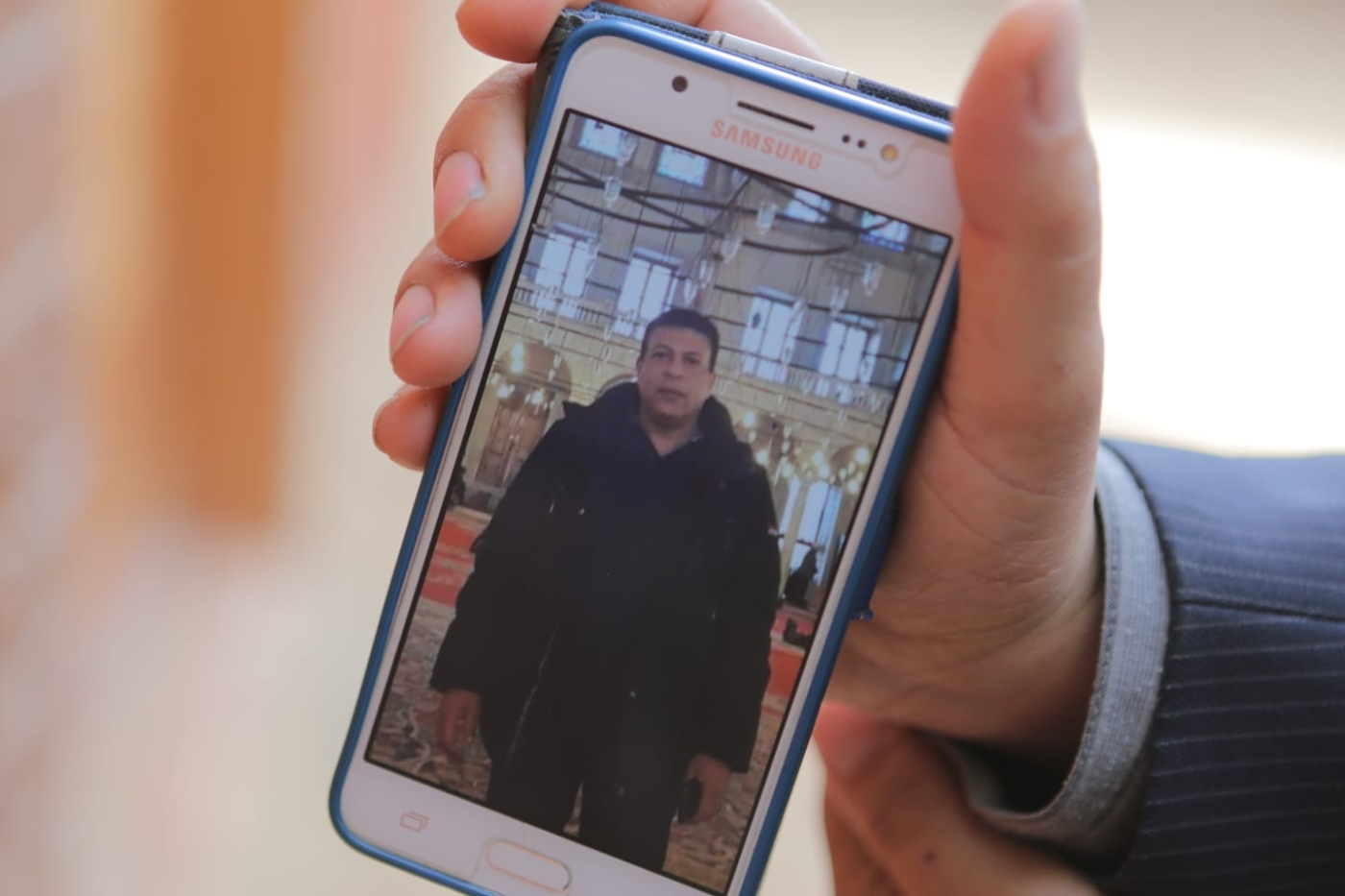 In the Gaza Strip's Deir al-Balah, the family of Zaki Hasan are angry.

Hasan, a 56-year-old Palestinian accused of spying for the United Arab Emirates, was found dead in an Istanbul prison on 28 April, according to the Turkish authorities.

Turkey has suggested Hasan killed himself. An official Turkish source told Middle East Eye that it appeared the Palestinian had used torn clothing to hang himself from a door.

But in the Gaza Strip, where Hasan's family were receiving condolences at an open wake, friends and relatives expressed astonishment at the idea he would commit suicide, and scepticism over Turkey’s official statements.

"All the stories about my brother and the trumped-up charges are a betrayal and an international settling of scores," Zein al-Din Mubarak told Middle East Eye.

Hasan, along with another Palestinian, Samer Shaban, was arrested earlier in mid-April and accused of spying on Arabs in Turkey.

Specifically, the pair were alleged to have been collecting information on leaders and members of the Fatah movement, which runs the Ramallah-based Palestinian Authority, as well as Fatah's rival Hamas and the Muslim Brotherhood. Hasan and Shaban are accused of spying on behalf of the United Arab Emirates, and a Turkish source told MEE that both were in possession of Emirati citizenship.

Mubarak, however, denies the charges levelled at his brother, calling them "a cocktail of accusations" that are "difficult to be cleared of".

According to a Turkish police report obtained by MEE, Hasan is a retired major-general from the Palestinian intelligence services.

The report also says Hasan and Shaban are believed to be connected to Mohammed Dahlan, who once headed Fatah in Gaza and is now a close ally of the UAE's ruling family.

Hasan's brother, however, said the family had nothing to do with Dahlan, who was once close to Palestinian President Mahmoud Abbas but now lives in exile.

"We don't work with Dahlan, and neither do we have any links with him," Mubarak said.

As for the links to the UAE, Mubarak said Hasan might have travelled to the Emirates for academic work.

"He had a PhD, so he had opportunities to work there," he said.

When it comes to Hamas, Mubarak conceded that there had been issues between Hasan and the movement, which prompted the Palestinian to leave Gaza.

"There were disagreements between him and Hamas. He was wanted."

According to Mubarak, the brothers had spoken on the phone shortly before Hasan's death.

"He told me: 'My brother, I leave everything to my children. I am going to die'," Mubarak said.

"He knew what was being plotted against him and was saying that he was innocent. He didn't mention torture directly, because he couldn't say that while police officers were with him. But according to eyewitnesses he was in a bad condition, he couldn't raise his hands."

Mubarak believes that Hasan was killed by the Turkish authorities.

"They felt they couldn't extract confessions from him, so they decided to assassinate him," he said.

The image of a hardened operative was at odds with the picture of the man that was offered by Adem al-Madhoun, one of Mubarak's neighbours.

According to Hasan's friends and family, the Palestinian had travelled to Turkey from Bulgaria, where he had residency, with the aim of opening a business.

"How could a Palestinian who is travelling looking for a job opportunity or to open his own business to earn a living for himself and his family be on an intelligence mission?" Madhoun told MEE.

"Zaki was a strong person, with a strong will and faith. The reason for his travel to Turkey was business and to look for a better life for himself," he said.

"The latest news we heard from Zaki's  lawyer was that he was in a good mental state."

A Turkish official involved in the investigation said the allegations against the Turkish authorities were "total nonsense" since they weren't backed up with evidence.

Yekta Yunus Yanar, a public defender assigned by Istanbul Bar Association who was present during the official questioning of Zaki Hasan, said the suspect didn't claim that he was tortured.

"There were no indications of [torture] either," he said. Yanar also said he only informed the suspect's brother about the court process and the arrest decision taken by the court. "That's all we talked about," he said.

A senior Turkish official from the justice ministry, who spoke on condition of anonymity due to government protocol, said they couldn't issue a formal response to the torture claims because the Istanbul prosecutor was conducting a formal investigation into the death.

"If we issue a response it would have an impact on the investigation. We would have to see what would come out of the autopsy report," the official said.

The official added that the autopsy was carried out in accordance with UN-issued guidelines in cases of potentially unlawful death, which are known as the Minnesota Protocol.

Many in Gaza believe Hasan and Palestine in general have been caught up in a geopolitical face-off between Ankara and Abu Dhabi that has links to the murder of Saudi journalist Jamal Khashoggi.

A Turkish official, who spoke on condition of anonymity, told MEE that Hasan's co-defendant Shaban arrived in Istanbul in October, just days after Khashoggi was murdered in the Saudi consulate in Istanbul.

"I believe that Turkey has tried to tailor a media story on its arrest of individuals suspected of espionage, while linking the story with bigger issues," Tarek al-Farra, a Palestinian political analyst, told MEE.

"The detainees work for security agencies in the West Bank, and they continue to be affiliated to them," he said, adding that their work for the PA proved they had no Dahlan connections.

Another analyst, Yehyia Ayesh, said he believes that the mysterious death would only have a limited effect on Turkish-Palestinian relations.

"There are differences in viewpoints towards the case, as some believe the Turkish side of the story about suicide, and others believe it was an execution," he told MEE.

"But in general, Palestinian official entities in Turkey, represented in the embassy, are dealing positively with the Turkish position, and have demanded a forensic investigation to verify the suicide claim and to inform his family about the results."