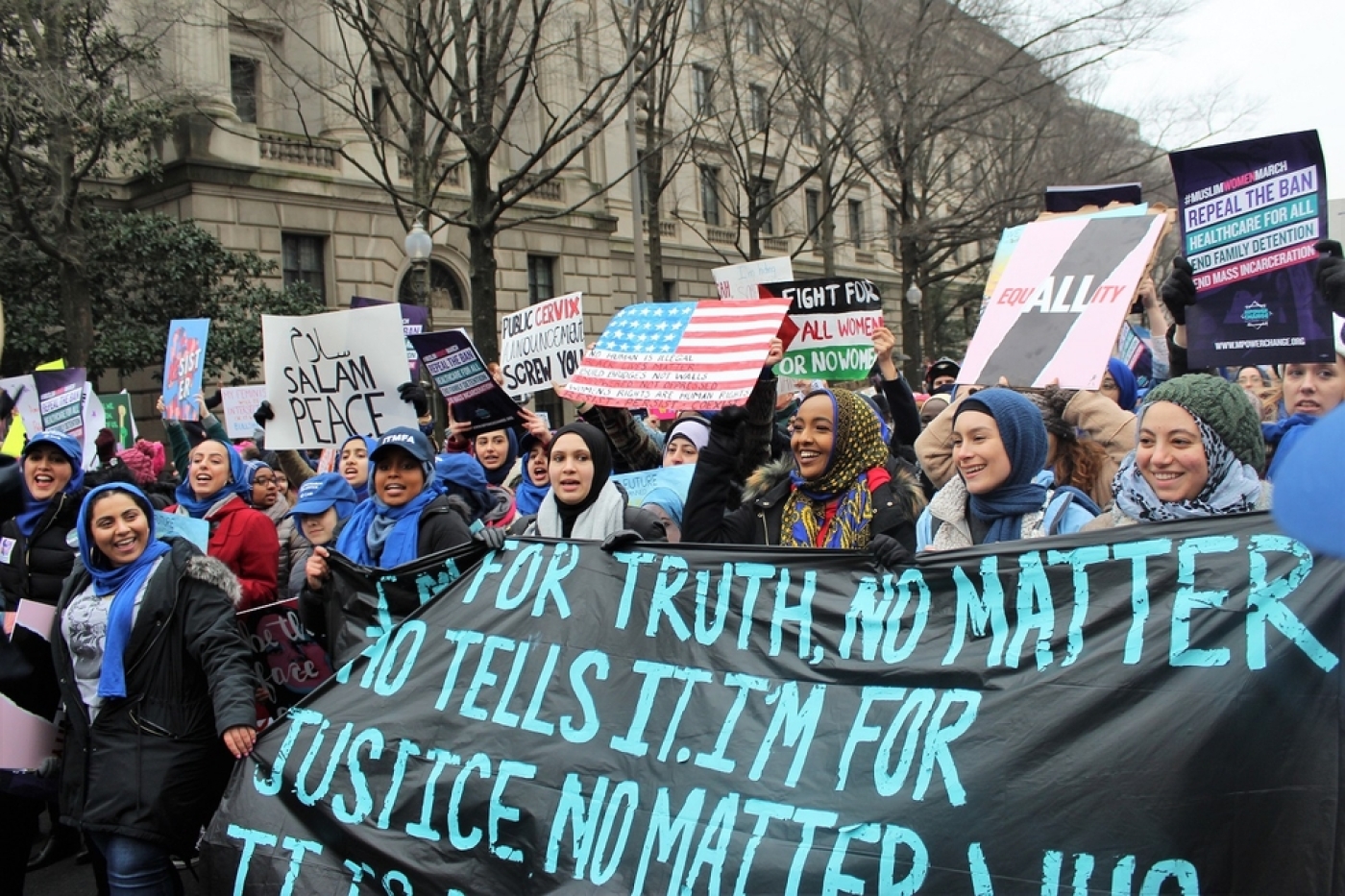 Muslims say they can either make or break President Donald Trump's bid for re-election in 2020.

The young and politically visible community says it has all the tools at its disposal to turn the almost 3.5 million Muslims in the United States into a powerful political bloc going into November's presidential elections.

Muslim-American organisers told Middle East Eye that they are looking to build on momentum from the past three years, and use grassroots campaigns to advance the community's political agenda.

'What you'll also see is that Muslims will carry the election in 2020, especially in Wisconsin, Michigan, and Pennsylvania'

This year's elections will not only serve as a potential turning point for the country's leadership - as Democrats are hoping to oust Trump - but as a turning point for Muslim Americans as well - and not just in terms of seeking office, but also of voting.

"What you'll also see is that Muslims will carry the election in 2020, especially in Wisconsin, Michigan, and Pennsylvania," Gula, who also serves as Emgage's executive director for Virginia, told Middle East Eye.

The three states Gula is referring to are so-called swing states that may have an enormous effect in deciding the next president. All three fell to Trump in 2016.

Gula added that if the electoral map remains the same in 2020 as in 2016, Democrats can win the presidency by flipping those three Midwestern states, with Muslims playing a key role.

Muslims came to the 2018 midterm elections in droves both as voters and office-seekers. Some 172 Muslims across the United States ran for office, and a staggering 63 - including two candidates for the House of Representatives - won.

In 2019, out of a total of 94 Muslim candidates, 46 won their elections. These numbers come from Jetpac, a Boston-based political advocacy group.

Some candidates were inspired to run after Trump was elected in 2016 and initiated a wave of anti-Muslim rhetoric and policy most visible in his so-called Muslim ban.

Others say Muslim candidates need to take advantage of this critical moment in the history of the country, not just to oust Trump but to bring Americans together.

"It's not really anger against Trump, but a kind of urgency for community, the urgency to heal American society," said Abbas Barzegar, director of research and advocacy for the Council on American-Islamic Relations (CAIR).

Emgage's Gula said several Muslims planning to run in 2020 cited Omar and Tlaib's boldness as inspiration for their own campaigns.

The two legislators were not just the first Muslim women to be elected to Congress, they have since displayed their faith and heritage while pursuing issues that matter to their constituents and communities. Early in 2019, Tlaib wore a traditional Palestinian thobe to her swearing-in ceremony, and the House of Representatives had to change the rules banning headwear for Omar, who wears a hijab.

"There's this type of strength of seeing all of these wins and you gain that type of confidence to take the lead," Gula told MEE.

Muslims do not make up a large proportion of voters. Overall, the Muslim population in the US is almost 3.5 million, about one percent of the total population, according to the Pew Research Center.

Still, they are one of the fastest-growing religious groups in the country. By 2040, Muslims may replace Jews as the second-largest religious group in the US, Pew says.

In the meantime, Muslim candidates have not used their small numbers as a crutch, and have worked hard to mobilise and get their communities out to vote in the past few years.

Moreover, many of these candidates are vying for office in places where Muslims make up a small minority of voters. In fact, Tlaib was elected in 2018 in a district of mostly African-American and white voters.

Contrary to popular misconception, her district does not include the Detroit suburb of Dearborn, which has large Arab and Muslim communities.

Another tactic behind the political mobilisation of Muslims is pushing back against Islamophobic rhetoric and policies that negatively affect their communities.

"So much of the representation of Muslims in American culture has been for a very long time, just negative stereotypes, and frankly, bigoted stereotypes," Missouri said.

This was apparent on the 2018 campaign trail. A study by four US universities unveiled a massive Islamophobia campaign against multiple Muslims running for office in 2018, including Omar and Tlaib.

In past years, most Muslim candidates ran for local office, including school boards, county supervisors, mayors and other positions.

Out of the 394 Muslim candidates since 2016, about half ran for local office, according to data from CAIR and Jetpac.

Local posts are much more community-oriented and allow for candidates with little political background to get involved.

"The reason you're finding them active in local elections is because that's where civic activity is the most organic," Barzegar said.

But being elected to local office does not stop a person from being vocal about issues that affect the world at large. Such is the case with presidential candidate Bernie Sanders, who began his political career as mayor of Burlington, Vermont.

While 2019 has seen significant progress for Muslim Americans in the political realm, there is much to be done for 2020, Gula said.

The road to elected office was tough for Muslim candidates, with many running for the first time and without much initial support from their communities.

Surprisingly for them, traditional Muslim communities were not of much help when it came to mobilising their campaigns, according to a report published by CAIR and Jetpac.

CAIR's Barzegar said many candidates looked past their Muslim communities and reached out to the larger electorate through grassroots campaigns.

"This told the story of kind of your classic community organiser, a person who was out there knocking on doors, introducing themselves, working through local associations," Barzegar said.

Ibraheem Samirah, who last year was elected to the Virginia House of Delegates - the state's legislative body, acknowledged that a large chunk of his votes came from Muslims, but that was because he ran in a special election with low voter turnout.

Still, he told MEE: "It's really hard to mobilise the Muslim community."

Samirah said that Muslim candidates heading into 2020 must understand they will probably not receive this support, and not be frustrated by it.

"They should realise that they're more likely than not, on their own," he said. Samirah said the only way for Muslims to move forward politically in the years ahead is to show community leaders that they will represent them, so they will take their campaigns seriously.

The delegate noted that, as of now, Muslim communities are still disorganised, and these communities need to invest their resources into people specialising in "electoral activism", and allow them to lead the way.

"Allow them to be who they are, allow them to become a part of the fabric of American community, without feeling like there's going to be lost power or ego in the process," he said in a message to Muslim community leaders.

Progress is being made nonetheless, and political involvement has grown considerably in 2019, and will continue to grow into 2020, CAIR's Barzegar said, adding: "I think there is a moment of civic and kind of grassroots uprising in this country right now." 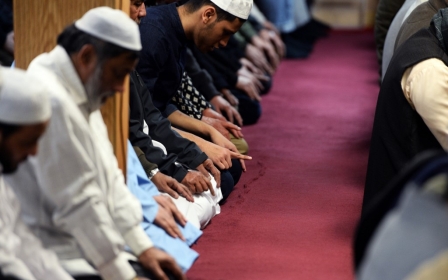