The US Capitol rioters had not left the building when the debate over what to call them began. Editors and activists warned against labelling them as protesters. "Insurrectionists", "coup-plotters", "extremists", and a "mob" are some of the ways they were described.

Some politicians, including President Joe Biden, went even further, calling them "domestic terrorists".

After decades of being viewed through the lens of national security counter-terrorism programmes, many in Arab and Muslim-American communities may have been inclined to cheer for slapping the terror label on white supremacist operatives.

However, civil rights advocates have warned that expanding the counter-terrorism apparatus and laws to tackle right-wing violence may be a disservice to the very communities targeted by white supremacy.

"The call to expand domestic terrorism legislation is both predictable and utterly misguided. It is a pattern we've seen repeatedly," said Hina Shamsi, director of the National Security Project at the American Civil Liberties Union (ACLU).

But instead of using existing resources, Shamsi added, some politicians are looking to give more power to security agencies "in ways that expand and entrench systems that have always harmed and will continue to harm communities of colour in this country".

Biden's call for a domestic terror law to counter white supremacy predates the deadly assault on the Capitol by supporters of former President Donald Trump.

Even before officially securing the Democratic nomination last year, the US president released a statement saying he would "work for a domestic terrorism law that respects free speech and civil liberties".

The campaign also said that Biden is committed to "making the same commitment to root out domestic terrorism as we have to stopping international terrorism".

Yet the past two decades of the "war on terror" have threatened civil liberties and free speech of Americans - especially African Americans, immigrants, Arabs and Muslims.

Mass surveillance, including by local police; the use of informants and undercover agents to entrap suspects; placing people on the no-fly list and terror watchlist without due process; investigating and intimidating activists over constitutionally protected free speech activities, and the spying on houses of worship were all the product of counter-terror policies and laws at work.

"It is an infrastructure that risks becoming even more entrenched with the vague and overbroad definition of domestic terrorism that was enacted by Congress after 9/11 in the Patriot Act, which has been used to wrongly and disproportionately target black and brown people for surveillance, investigation and prosecution," Shamsi told MEE.

Earlier this week, more than 130 rights organisations, including the Arab American Institute (AAI) and the American-Arab Anti-Discrimination Committee (ADC), sent a letter to Congress cautioning against expanding anti-terrorism legal authorities.

"We are concerned that a new federal domestic terrorism statute or list would adversely impact civil rights," the letter said, "and - as our nation's long and disturbing history of targeting Black Activists, Muslims, Arabs, and movements for social and racial justice has shown - this new authority could be used to expand racial profiling or be wielded to surveil and investigate communities of colour and political opponents in the name of national security."

The push to brand the Capitol rioters as terrorists and bolster law enforcement agencies to counter far-right violence is not merely rhetorical. Those efforts are already underway.

FBI terrorism taskforces are being deployed to arrest riot suspects. In pictures: Amid social unrest and pandemic, an inauguration unlike any other
Read More »

"Unlike after 9/11, the threat that reared its ugly head on January 6th is from domestic terror groups and extremists, often racially-motivated violent individuals," Schneider said in a statement.

"America must be vigilant to combat those radicalized to violence, and the Domestic Terrorism Prevention Act gives our government the tools to identify, monitor and thwart their illegal activities."

Still, civil rights advocates stressed that there was no shortage of existing tools to combat that threat.

The Department of Homeland Security itself - along with its much-criticised Immigration and Customs Enforcement (ICE) that is responsible for deporting undocumented immigrants - was created in response to the 9/11 attacks.

"An expansion of anti-terrorism statutes and policies isn't the solution to the problem of white supremacist violence," said Diala Shamas, an attorney at the Center for Constitutional Rights.

"Law enforcement agencies already have so many tools at their disposal. The problem is their inaction for whatever reason, not that their hands are tied."

Shamas acknowledged that witnessing the language of "radicalisation" and "terrorism" being used against white supremacists may feel "therapeutic" to those who have been fighting against the FBI's tactics against the Muslim community.

"But we shouldn't let that get in the way of our judgment and our ability to see a trap that's being laid," she said. "The logics of radicalization are flawed regardless of who you apply them to."

Opponents of expanding anti-terrorism laws argue that law enforcement officials did not need broadened powers to stop the attack on the Capitol.

The building was easily breached by Trump's supporters amid lax security precautions despite public online calls for storming the Capitol in the days prior to the riot.

Shamsi, of the ACLU, said a good place to start in combating white supremacist violence would be to "evaluate and investigate" why law enforcement agencies have not focused on the obvious threat that it poses.

Ramzi Kassem, the director of CLEAR, an advocacy initiative at the City University of New York (CUNY), echoed Shamsi's remarks, stressing that law enforcement officials have had excessive funding and powers that they have used disproportionately against people of colour.

"There is ample historical precedent that teaches us that anytime the repressive security apparatus is expanded, it is inevitably used mostly against communities of colour - Black folks and Muslims in the United States, and against organisers on the left," he told MEE.

Kassem noted that Black Lives Matter has called for defunding the police to combat racism after the murder of George Floyd last year, as opposed to current calls for more resources to law enforcement agencies.

In fact, activists have been drawing a contrast between the violence that largely peaceful Black Lives Matter protesters faced in Washington and across the country with the Capitol police's lenient approach to the rioters earlier this month. "It's not a problem of a lack of resources or lack of money or a lack of power because they have an overabundance of those things already," he said, adding that what is lacking is the political will to confront white supremacy.

Kassem said communities of colour have been facing "over-policing, over-surveillance and criminalisation" because of the expansion of the national security and public safety systems in the name of fighting extremism.

CLEAR has been legally assisting Muslims who have fallen victim to the government's intrusive counter-terrorism approach towards their communities.

Kassem recently represented Muslim Americans suing the government for being placed on the no-fly list after refusing to become informants, in a case that went all the way to the Supreme Court.

Intensifying security efforts over the years, Kassem said, has resulted in the incarceration, deportation and sometimes killing of Black and brown people in what amounts to an "expression of systemic racism".

He said giving law enforcement agencies more authority would empower them to do further harm to communities of colour, which they have demonstrated to be capable of doing in "various ways that range from the catastrophically life-altering to the fatal."

"It's naive to think that somehow the solution to racism here is to give these agencies more money to now focus on white supremacy because that's not what's going to happen." 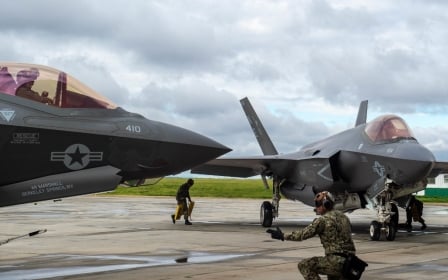 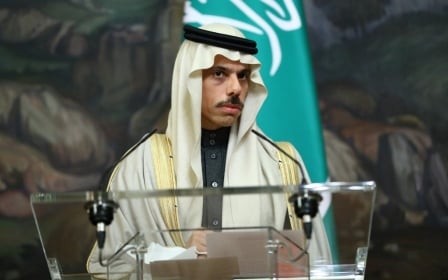