Cop27: Climate reparations are on the table and will be hard to ignore 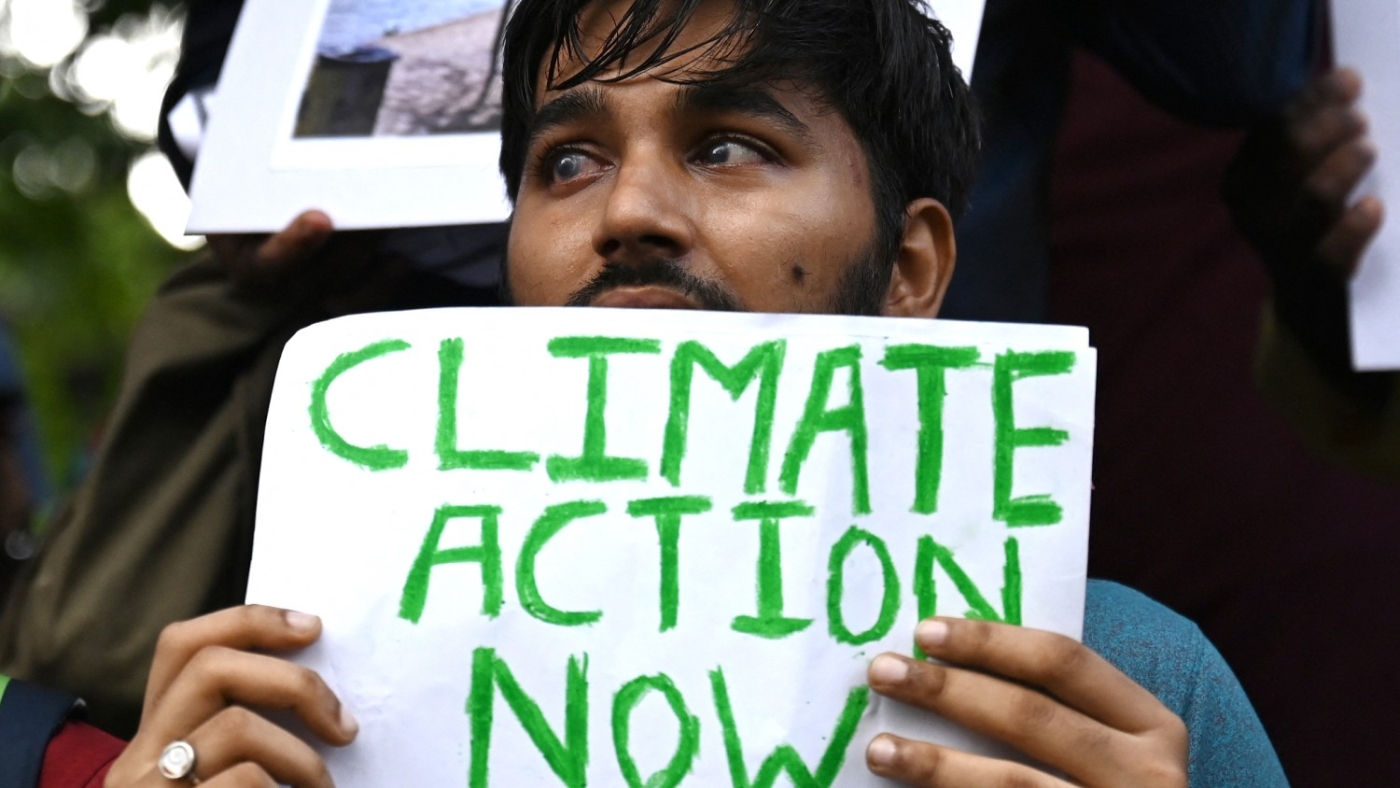 Poor, underdeveloped countries argue that rich countries bear the brunt of the blame for the heating of the Earth's atmosphere and increased climate hazards (AFP/File photo)
By
MEE staff

As world leaders come together this week to strategise and discuss the best ways to curb the effects of climate change, underdeveloped countries are using the platform to raise the issue of climate reparations, as global climate-induced catastrophes wreak havoc on the most vulnerable nations.

The question of whether developed countries should have to pay for the atmospheric damages done to their underdeveloped neighbours is at the heart of this year's United Nations climate conference, known as Cop27, taking place in the Egyptian Red Sea resort town, Sharm el-Sheikh.

'Developed nations ... want to straight up avoid saying, okay, these are reparations'

For the first time in history, climate reparations were adopted in the climate summit's main agenda.

"The fact that it was put on the table is really, really big. Egypt had been pushing this for a long time," Mirette Mabrouk, a senior fellow at the Middle East Institute and founding director of its Egypt studies programme, told Middle East Eye.

"You could say well, all they've agreed to is to talk and talk and talk about it. Yes, but once you start talking about something, it's actually very difficult to pull it back."

At the same time, the discussions around reparations have also received some pushback from western countries who say the topic is divisive and would only hamper efforts to unite in a goal to stay under 1.5 degrees Celsius - the agreed-upon limit for the rise in global temperatures.

But what are climate reparations and why are underdeveloped nations pushing for these payments to be made?

Poor, underdeveloped countries argue that rich, industrialised countries bear the brunt of the blame for the heating of the Earth's atmosphere and increased climate hazards - and they want rich countries to pay.

These payments are what are referred to as climate reparations, also known as "loss and damage" in UN vernacular. 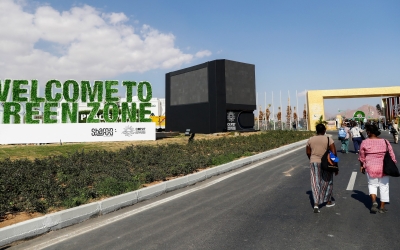 Cop27: Surveillance and fear in Sharm el-Sheikh as Egypt clamps down on activists
Read More »

"Damage" - the easier of the two to quantify - refers to the physical destruction of infrastructure, including roads, homes, buildings, and bridges.

The issue had remained at the sidelines of diplomatic discussions around the environment for decades, until it reached a boiling point last year during the Cop26 summit in Glasgow.

Now, in Egypt, it is driving talks.

"Loss and damage have been the always-postponed issue," UN Secretary General Antonio Guterres said last Thursday, ahead of the summit.

"There is no more time to postpone it. We must recognise loss and damage and we must create an institutional framework to deal with it."

How much money is owed?

In 2009, wealthy nations promised to provide $100bn each year in financing to poorer countries to help them mitigate the effects that climate change was having on their economies. By 2020, only $83bn was delivered, and only a third of that went towards adaptation while most went towards mitigation.

"That distinction is important. Mitigation is cleaning up the mess. Adaptation is attempting to ensure that you don't need to clean up as much. Adaptation is enormously important," Mabrouk said.

In addition to receiving this funding, many countries have said that "loss and damage" funds would constitute a separate pot of money issued to compensate for the damage the climate has had on their own economies.

And given the difficulties in assessing how much these underdeveloped countries have lost as a result of climate change, especially in terms of the "loss" category, there has yet to be an agreed-upon monetary amount.

And as the climate only gets hotter, that monetary compensation may balloon. One study shows that costs from loss and damage could reach $290bn to $580bn in 2030, and rise to more than $1 trillion per year by 2050.

Mabrouk said given the number of climate variables, it is difficult to produce a single figure in terms of these reparations.

The damage from specific climate disasters could also be a window into how much money could be demanded. The catastrophic floods in Pakistan earlier this year led to the deaths of more than 1,500 people and roughly $30bn in damage.

The small island nation of Vanuatu in the South Pacific has laid out a starting point for its loss and damage needs: $177m. The more than 80 islands that make up the country face the brunt of the climate crisis, as its lands are in danger of rising sea levels and increasing cyclones.

"What is happening now is affecting human lives and human rights," said Bakoa Kaltongga, Vanuatu's climate envoy. "We small islands and people of the small islands have every right to exist in the world, just as all you major nations of the north."

On Monday, the UN chief issued a plea to help Pakistan and other vulnerable countries suffering the consequences of a warming climate.

"If there is any doubt about loss and damage, go to Pakistan," Guterres said.

So far, a small number of European countries have offered up what they say are "loss and damage" funds, including Scotland, which pledged an extra five million pounds ($5.7m), and Denmark which offered 100 million Danish crowns ($13.5m).

Other European countries, including Germany and Austria, have offered to provide tens of millions to fund insurance and disaster protection finance. However, many nations do not see this as the reparations they have been seeking.

'The consequences of letting your poorer neighbours drown to death ... are going to be huge'

The United States, the world's biggest climate emitter, has meanwhile signalled for the first time an openness to the idea of "loss and damage", without mentioning a figure.

However, while the Biden administration has signalled a nod to issue payments for the amount of carbon it has pushed into the atmosphere, any such proposal to spend billions would require approval from Congress. And such a move is unlikely to get much support from the Republican Party.

And other western countries that have historically made up most of the world's carbon emissions have been less supportive of the idea of paying more climate-vulnerable countries.

UK Prime Minister Rishi Sunak said it was "morally right" for the country to commit to its climate pledges. But in his speech to the climate summit, he did not mention the issue of reparations or loss and damage.

The country's former prime minister, Boris Johnson, said on Monday that the UK did not have the financial resources to be able to provide other countries with climate reparations.

"Developed nations go on to say we are happy to try and provide financing to help and to provide technical assistance, because they want to straight up avoid saying, okay, these are reparations. Because if they open that door, they're afraid they might not be able to close it," Mabrouk said.

She added that recent world events, including the war in Ukraine, have shown that "the world is now very, very, very small".

"So the consequences of letting your poorer neighbours drown to death or dehydrate to death or burn to death are going to be huge," she said. "I sincerely hope that we are past the stage of dragging our feet." 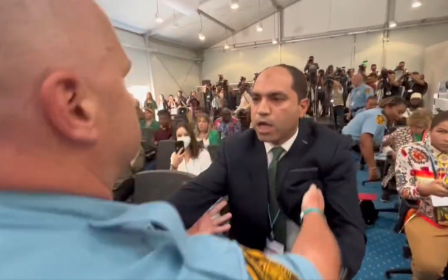 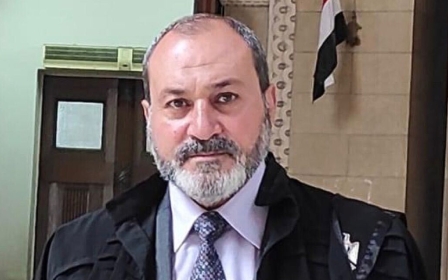 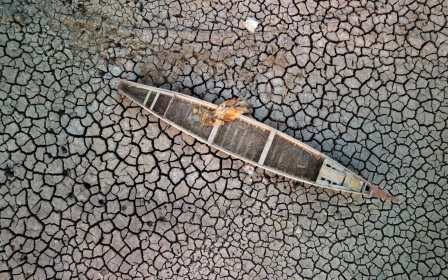