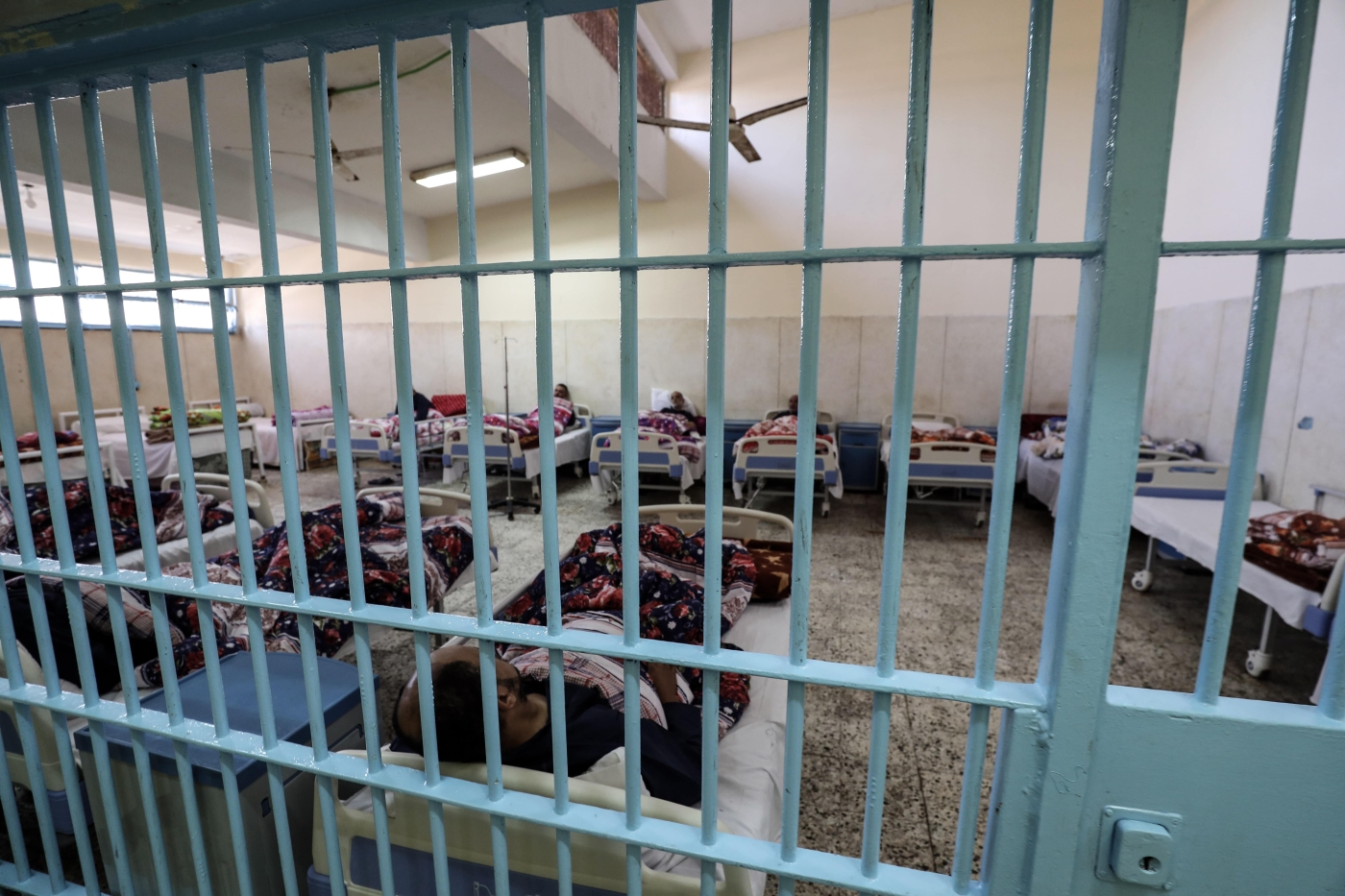 According to Batel, there are about 1,000 doctors and health-care workers languishing in Egyptian prisons (AFP)
By
MEE staff

An independent Egyptian campaign is calling for the release of more than 1,000 imprisoned doctors and healthcare professionals to help in the country's fight against the spread of the coronavirus.

The Batel campaign, which means "void" in Arabic, issued a statement on Wednesday saying that any potential help to the Egyptian health sector in the fight against the viral outbreak must be sought.

"Egypt cannot be suffering from a shortage of medical personnel, while there are more than 1,000 doctors and healthcare workers in prisons," the campaign said in the statement.

It also posted the names of more than 100 doctors who had been arrested by Egyptian authorities.

"The regime must put aside any political dispute and must release these doctors for use in government hospitals, prison hospitals, or military hospitals," it said. Egyptian President Abdel Fattah el-Sisi has ratified a 75 percent increase in monthly allowances for medical personnel as a gesture of appreciation, though doctors in the country remain largely underwhelmed since wages in Egypt are so low to begin with.

The Batel campaign also called for allocating more of the country's budget to the health sector in order to give necessary help to the doctors and other workers combatting the virus.

"The life of a doctor means the lives of thousands of Egyptians," the campaign's statement said.

Egypt's Doctors Syndicate announced on Monday the death of Ahmed Ellawah, the first Egyptian medic to die after testing positive for Covid-19.

Egypt authorities have thus far reported 41 deaths and 656 cases of the novel virus, and the numbers are expected to rise.

Batel also urges that Cairo grant free treatment of the virus to all Egyptians. Coronavirus
'If people get sick, they will recover': Egyptian billionaire tells workers to return to factories