Islam has specific guidelines for dealing with burials, but some rituals are being changed to help prevent the spread of the disease 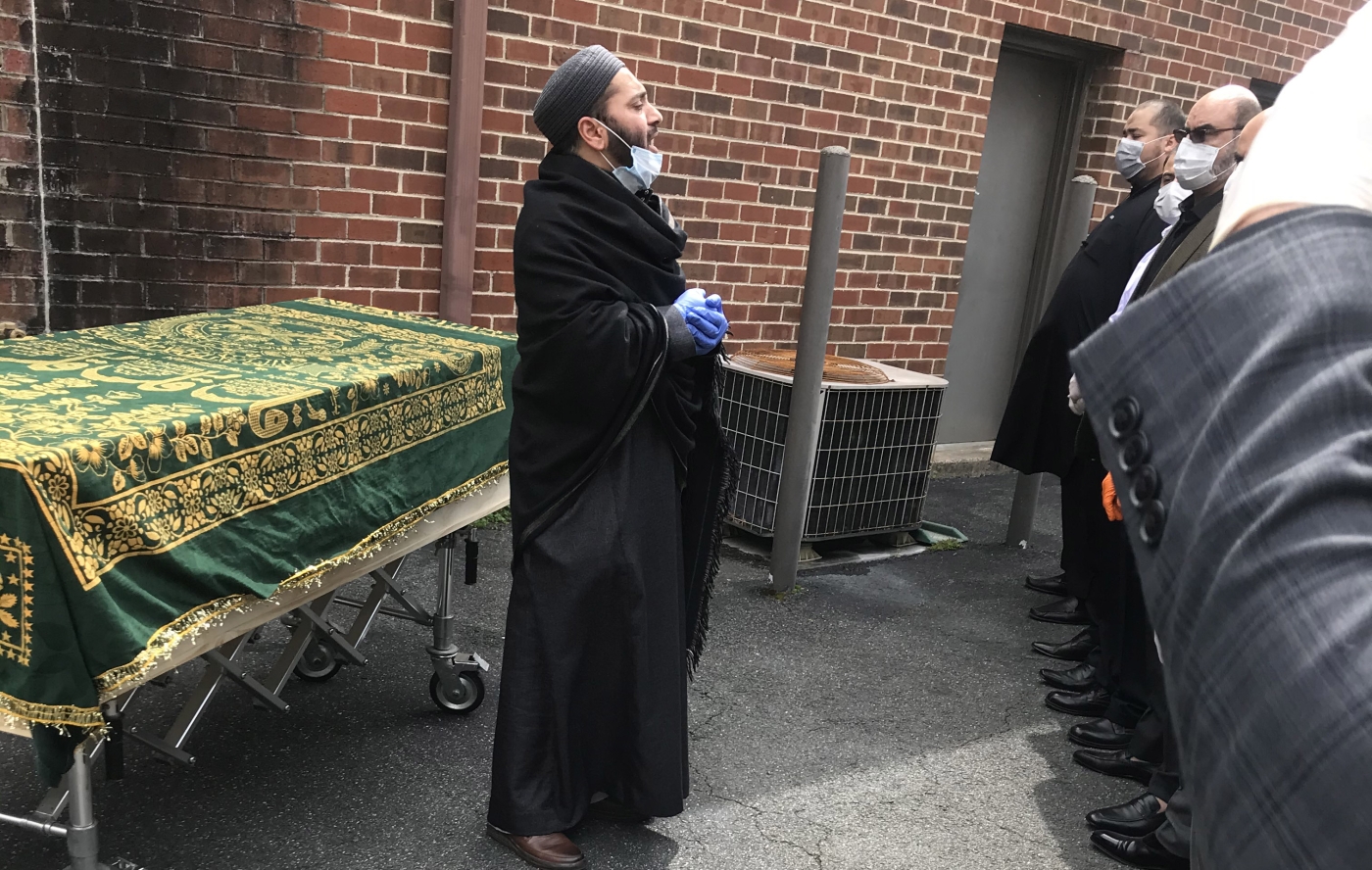 Saying goodbye to a loved one is one of the most difficult things we have to go through in life.

In some communities, families participate in a combination of prayer and remembrance to honour those that have died.

In Islam, death is considered a rallying cry to the whole community.

Attendance at funerals is considered a collective obligation (fard qifayah) that must be carried out by a sufficient number of people.

The faithful are expected to head to mosques to perform funeral prayers (salat-ul janazah) and to the deceased person's home to offer their condolences ('Azza).

But as the coronavirus claims more lives every day, leading Muslim scholars and imams in the United States have issued new guidance on how to deliver funeral rites for those who have succumbed to the disease.

In the suburbs of northern Virginia, Daoud Nassimi - a volunteer imam who has been approaching families to better explain how funerals should proceed during the pandemic - said he saw both "patience and pain" on the faces of a family who had someone pass away recently, due to the restrictions placed on them.

Usually, when a person passes away, they are washed with water - a ritual called ghusl - and then a communal prayer is performed before they are buried.

They are supposed to be buried within 24 hours, preferably without a casket, and wrapped in a shroud known as a kaffan.

Yet some of these procedures have not been possible in the midst of the pandemic.

For those that have died from the disease, officially known as Covid-19, their bodies are not allowed to be washed with water out of fear that it will spread the virus.

The Centers for Disease Control and Prevention (CDC) says that the body of someone who has died from the coronavirus should not be touched, due to concerns the illness could spread.

Any type of cleaning and interaction with the body has to be done using the proper personal protective equipment (PPE), the federal agency advised.

Since some states and areas in the country have stopped performing the ritual bath, Muslims have turned to another Islamic method, tayammum, which consists of cleaning the dead body with either sand or dust.

'We've changed our procedures from washing [the body] to tayammum,'

"And then we use a bag to cover the body so we can do the tayammum on top of it," he told Middle East Eye.

The Fiqh Council of North America has also issued a fatwa detailing its advice on how Muslims should deal with burials.

The council has advised the community to follow all routine procedures in burying the dead, but if they encounter problems due to local government restrictions, they can perform alternatives.

"The default [position] is that the deceased should still be given full ghusl if PPE procedures are followed," said Yasir Qadhi, the Dean of Academic Affairs at the Al-Maghrib Institute in Texas and a member of the council.

"In case even this cannot be done and there is a genuine danger or reasonable doubt regarding harming the health of those around the corpse, tayammum can be done, in which case the one in charge of the corpse may, even while wearing gloves, wipe the face and hands of the deceased after touching some sandy surface."

The US federal government has also advised that any public gatherings not exceed 10 people, which has forced many Muslim Americans to scale back funeral services.

Cemeteries in Virginia have limited the number of people allowed to take part to fewer than 10 persons.

"The staff at the cemetery were not even allowing more than four people to be at the grave while the body was being buried," Nassimi told Middle East Eye.

"In funerals and janazah processes in non-Muslim countries such as the US, there were already some limitations - but now there are far more."

Nassimi, who is also an associate professor of Islam and world religions at Northern Virginia Community College, said that while the restrictions caused distress for family members, Islamic law (shariah) is flexibile and has rules governing situations such as plagues and pandemics.

"For the family it's tough because they cannot mourn the same, and you can see the pain [on their faces]," he said.

According to the four main schools of Sunni Islam, the funeral prayer, salat-ul janazah, doesn't require a fixed number of people in attendance and can be performed at any location. It can even be performed at the burial site.

The Fiqh Council of North America has also permitted funerals to be broadcast online, allowing those who are not able to attend to view it, as well as allowing for prayers in absentia to be carried out if the deceased is in another country.

"I was trying to explain to the people [at a recent funeral] that it's okay if we pray the janazah while people are not standing next to each other. It's okay if we do the burial while most people stand at a distance," Nassimi said, referring to a principle in Islam that Muslims should pray in straight lines and stand shoulder-to-shoulder.

The UK recently issued an amendment to its coronavirus bill which would allowed for mandatory cremations should death continue to spike from the disease.

The process of cremation is forbidden within Islam which requires members of the faith to be buried.

Abu Eesa Niamatullah, a Manchester-based imam, said Muslims must be prepared to accept changes should the situation get worse.

"We all know with our ability to cope with a large influx of deaths, especially for Muslims with the amount process that are required and the sacredness of the body, that this is a major area of concern," he said in a video. 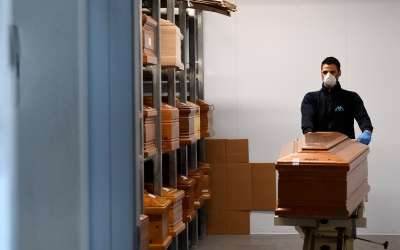 The CDC in the US has said that individuals who have passed away, including those from Covid-19, can be either cremated or buried according to the family's preference.

Still, with the situation across the US getting progressively worse, fears are mounting that a cremation law could take effect.

"We're really optimistic and hopeful that the Muslim community does not have to face that," Nassimi said.

"We hope that the government also cooperates and makes an exception for religious communities, like Muslims, to allow them to do it their way," he said.

For now, the faith community is adapting to the changes, and while they are causing difficulties, the key is making sure everyone understands the situation, Nassimi said.

"When people understand, then they follow. And I don't see any resistance or anyone having any issues with it." 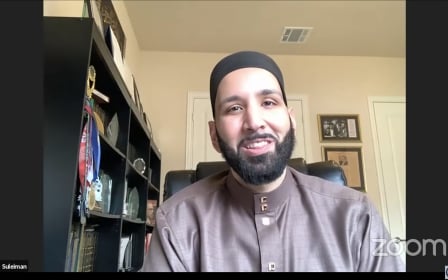 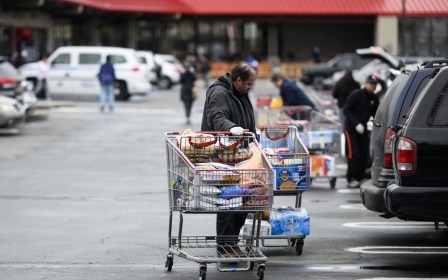 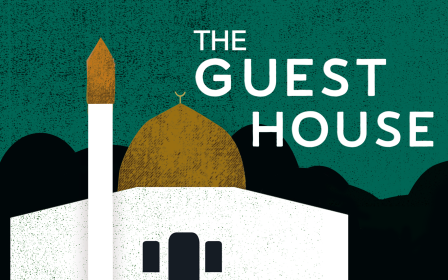 Islamophobia
The Guest House: How Muslims grieved the Christchurch attacks