President Erdogan says the two hospitals, with a capacity of 1,000 beds each, will be built to house coronavirus patients in Istanbul 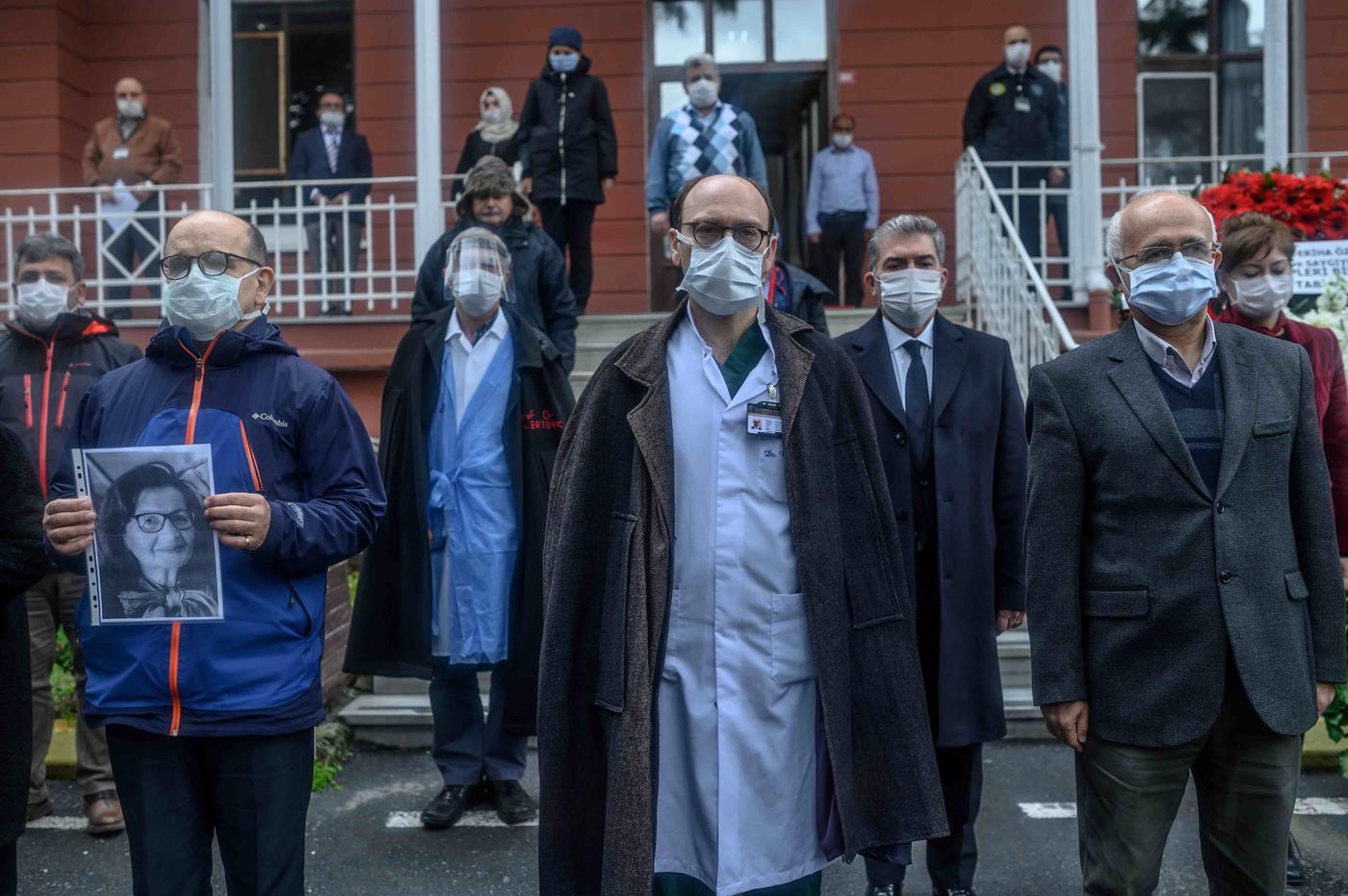 Members of the University of Cerrahpasa's Faculty of Medicine hold a minute's silence for Doctor Feriha Oz (in photo) who passed away from the novel coronavirus on April 3, 2020 (AFP)
By
Ragip Soylu
in
Ankara

Turkey will build two temporary hospitals in Istanbul to accomodate 1,000 coronavirus patients each, as the number of confirmed infections jumped by more than 3,000 on Monday to a total of 30,217.

Turkish President Recep Tayyip Erdogan said that plans were underway to build a temporary hospital at Istanbul's abandoned Ataturk Airport within the next 45 days, and a "seperate hospital near Sancaktepe Airport [also in Istanbul] to host the same number of patients."

Officials last week said that 60 percent of all coronavirus cases were in Istanbul, Turkey's cultural and economic heartland.

In his televised speech, Erdogan also said that a ban had been imposed on the sale of medical masks with the government subsidising the cost and distributing them for free to every citizen.

"The masks distributed in grocery stores are free of charge," he said. "We have enough stocks and production planned for our citizens until the pandemic ends. We are determined to deliver free masks to our citizens." 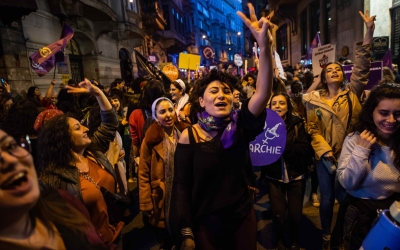 Meanwhile, Turkish health minister Fahrettin Koca said that 75 people had died in the last 24 hours, bringing the total number to deaths to 649.

He wrote on Twitter that 3,148 people had tested positive, bringing the total number of cases to 30,217.

The government was also able to increase the number of daily tests and checked 21,400 citizens, the minister said, with some 284 people also discharged from hospitals.

Since the virus reached Turkey, the government has unleashed an array of measures aimed at curbing its spread, including closing down schools, universities, cafes, congregational prayers, indefinitely postponing sporting events and suspending flights to many countries.

Last week, Erdogan had extended a mandatory confinement order for everyone under the age of 20 starting from midnight, but has stopped short of declaring a complete lockdown.

The government has previously imposed a curfew on senior citizens above the age of 65. 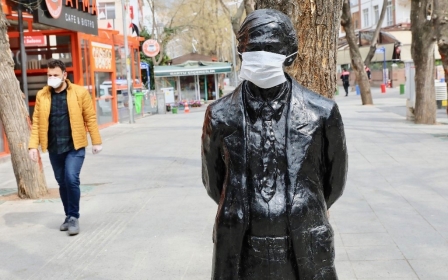 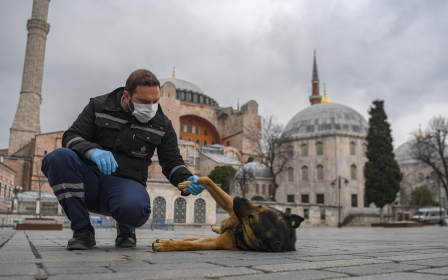