The head of Lebanon’s Covid-19 vaccine committee, Abdel-Rahman al-Bizri, condemned on Tuesday the vaccination of a number of MPs without the committee's approval, as the World Bank threatened to suspend financing the campaign.

The 16 lawmakers who received the vaccine at parliament, under the supervision of a team from the health ministry and the Lebanese Red Cross, were all over the age of 75, parliament’s Secretary-general Adnan Daher told L’Orient Today.

According to the National News Agency, Daher said that the lawmakers were vaccinated because their turn had come according to the age group currently being inoculated. 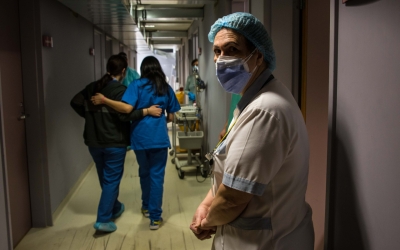 "We did it on the basis that the representatives are [active] … and their meetings are constant, and for fear that they will spread the infection to society if they were to be infected,” he said.

Earlier on Tuesday, Bizri said he would stand down as head of the vaccine committee over the lawmakers' violation. However, he later withdrew his intention to resign.

On Tuesday, the World Bank's regional director, Saroj Kumar Jha, said that lawmakers getting their jabs would breach the national plan agreed for fair vaccination.

This month, Lebanon received about 28,000 doses of the Pfizer-BioNTech vaccine in the country’s first batch, with aid from the World Bank.

The bank said it would monitor distribution to ensure that the shots went to those most in need. It warned against favouritism in a country where corruption and waste of state funds have led to the worst financial crisis in its modern history.

"Upon confirmation of violation, the World Bank may suspend financing for vaccines and support for Covid-19 response across Lebanon!!" Jha wrote on Twitter.

"I appeal to all, I mean all, regardless of your position, to please register and wait for your turn." 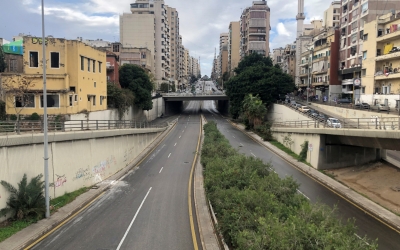 Lebanon has ordered 2.1m doses of the Pfizer-BioNTech vaccine, and has so far reportedly vaccinated around 25,000 people from its priority list, which includes medical workers and those over 75.

However, frustration has grown among some residents and doctors that vaccinations were moving slowly and could be riddled with people violating the system.

Charaf Abou Charaf, the head of Lebanon's doctors' syndicate, said on Tuesday that people who did not have priority or were not registered had received vaccines while some medical workers and elderly Lebanese still waited. 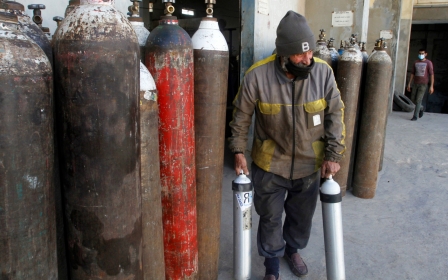 Covid-19
Oxygen for sale: Covid-hit Lebanon running out of breath