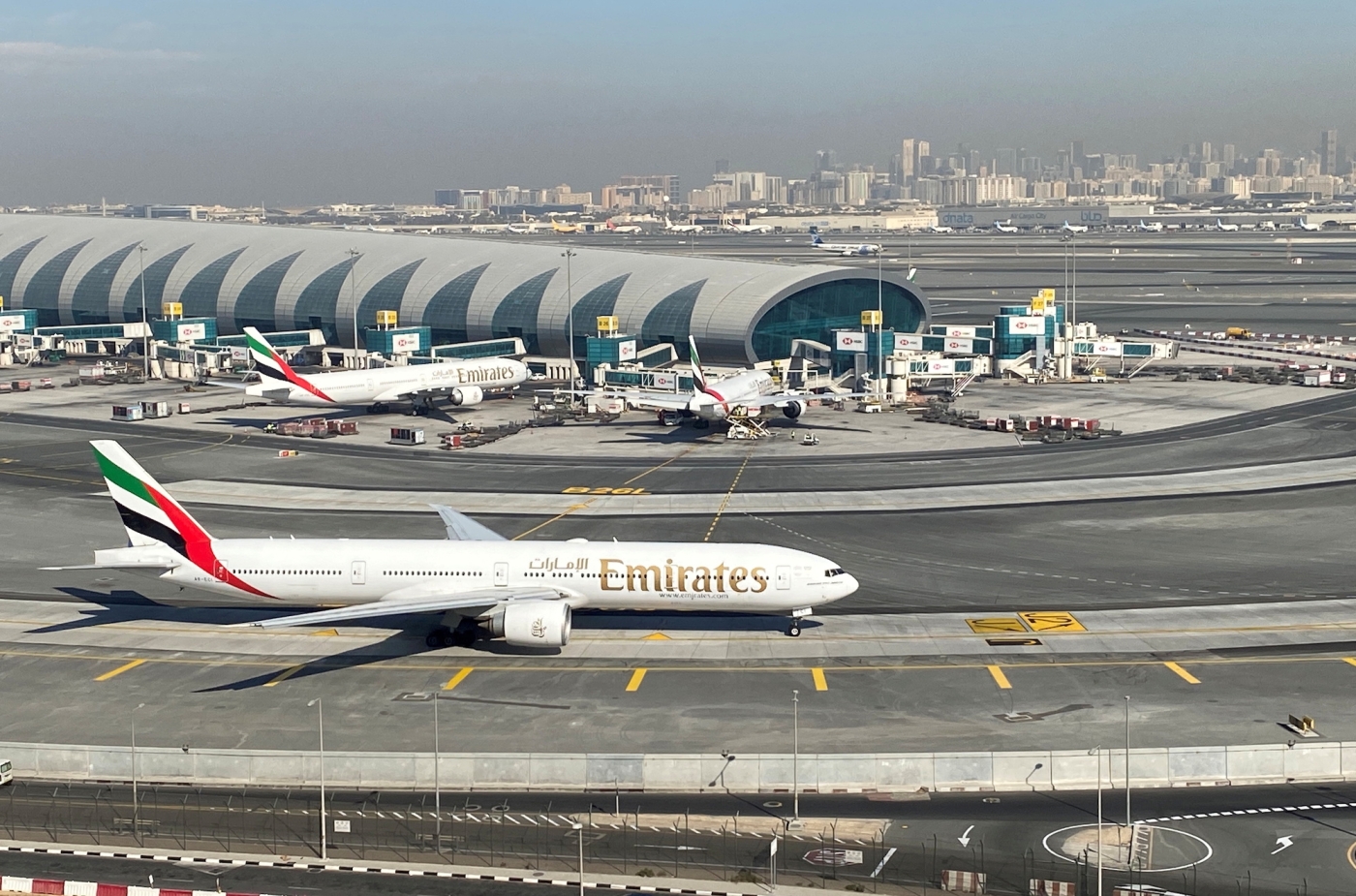 Emirates has continued to fly to 157 destinations throughout most of the pandemic, almost its full travel network of 158 destinations in 85 countries before the virus hit (Reuters)
By
MEE and agencies

It is the carrier's first annual loss since 1987-88 when it was starting up its operations, and its lowest number of passengers carried in 20 years.

In its annual report for the year to 31 March, Emirates said its owner - the government of Dubai - had injected an extra $1.1bn into the airline since disclosing a $2bn lifeline last year, bringing the total capital injection to $3.1bn to help the Middle East's biggest airline survive the crisis.

'No one knows when the pandemic will be over, but we know the recovery will be patchy'

"No one knows when the pandemic will be over, but we know the recovery will be patchy."

The Dubai-based airliner said the pandemic triggered a loss of $5.5bn over the financial year to March 2021 despite recording a $288m profit.

During the fiscal year, Emirates carried 6.6 million passengers, 88 percent less than the same period from the previous year. Despite the drop in demand, the airline continues to fly to 157 destinations, almost its full travel network of 158 destinations in 85 countries before the pandemic.

Like other airlines, Emirates announced major layoffs when it was forced to suspend its operations. The Emirates Group said on Tuesday that it slashed its employee base, which includes ground-handling firm Dnata, by 30.8 percent to 75,145.

Both Emirates and the Abu Dhabi-based carrier Etihad said passenger demand might not return to pre-coronavirus levels until 2023.

Last year, Emirates and Etihad reduced pay for their staff to try and preserve cash during the pandemic.

Other regional airlines have also suffered in the pandemic, including Qatar Airways which said it received $2bn in state aid.