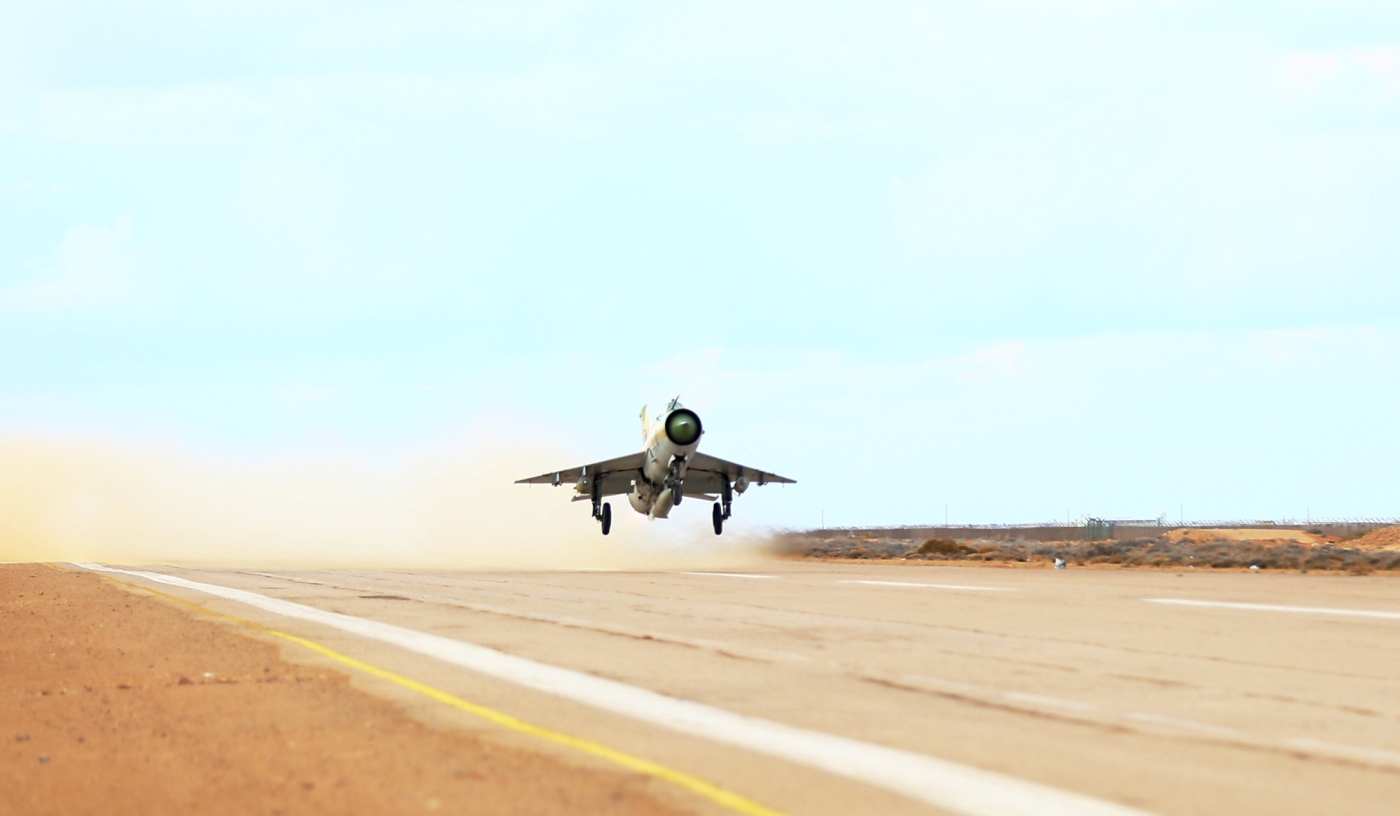 A MiG-21 fighter jet belonging to forces loyal to Khalifa Haftar takes off from a base in Ras Lanuf (File: Reuters)
By
MEE and agencies

At least 14 children have been killed in two separate air attacks across Libya, with officials from the UN-recognised government blaming forces loyal to eastern military commander Khalifa Haftar.

The Government of National Accord (GNA) said at least five children were killed and 10 others wounded when an air raid targeted the residential area of al-Swani in Tripoli, on Sunday.

The deaths came shortly after at least nine children and two women were killed in drone attacks in the southern town of Murzuq.

"These actions are tantamount to war crimes," the interior ministry of the GNA said in a statement released on Monday.

GNA spokesman Mohamed Gnounou blamed drones from the United Arab Emirates (UAE) for one of the attacks. He said an unmanned Emirati aircraft carried out two raids on a bridge west of Tripoli.

The GNA also pressed the international community to "assume its responsibility towards [halting] these criminal acts that target and terrorise civilians".

The self-titled "Libyan National Army" (LNA), controlled by Haftar, denied carrying out the strikes. The group instead blamed its opponents for their "indiscriminate bombardment", Reuters news agency reported.

Libya, a large oil producer, has been plagued by crisis since a NATO-backed uprising toppled longtime leader Muammar Gaddafi in 2011.

The country is currently split between two rival administrations: the GNA, led by Prime Minister Fayez al-Sarraj, and the House of Representatives based in the eastern city of Tobruk, which is linked to Haftar.

Haftar, a former CIA asset, launched a military operation on Tripoli in early April after sweeping through much of Libya's south and capturing most of the country's oil installations.

Hundreds of civilians have been killed and wounded in his offensive, with more than 120,000 displaced.

Haftar has defended the operation, suggesting that the capital has been taken hostage by a host of GNA-aligned militias who are only interested in enriching themselves.

GNA supporters have rejected the claim, accusing Haftar of being an authoritarian who is not interested in sharing power.

Meanwhile, rights groups have accused Haftar's forces of failing to distinguish between civilian and military sites during his assault, with his air raids targeting schools as well as hospitals.

The United Arab Emirates, which backs his administration, has in the past supplied the leader with military equipment.

Last month, a UN report concluded that the UAE, Sudan and Jordan had all provided Haftar's forces with military support - violating UN Security Council Resolution 1973, which placed Libya under an arms embargo.

The report also said that Turkey was in breach of the resolution for supplying GNA-aligned forces with "military material". 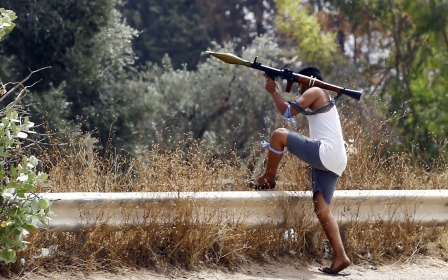 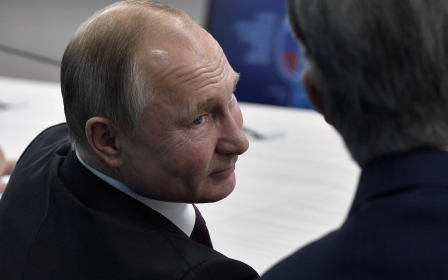 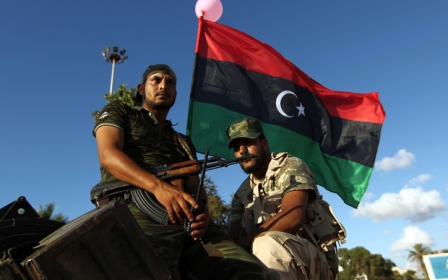