Cyclone-hit areas in Yemen in need of urgent humanitarian aid

Residents band together as Yemeni government leaves relief efforts to NGOs, charities - and Yemenis brace for second cyclone in fortnight 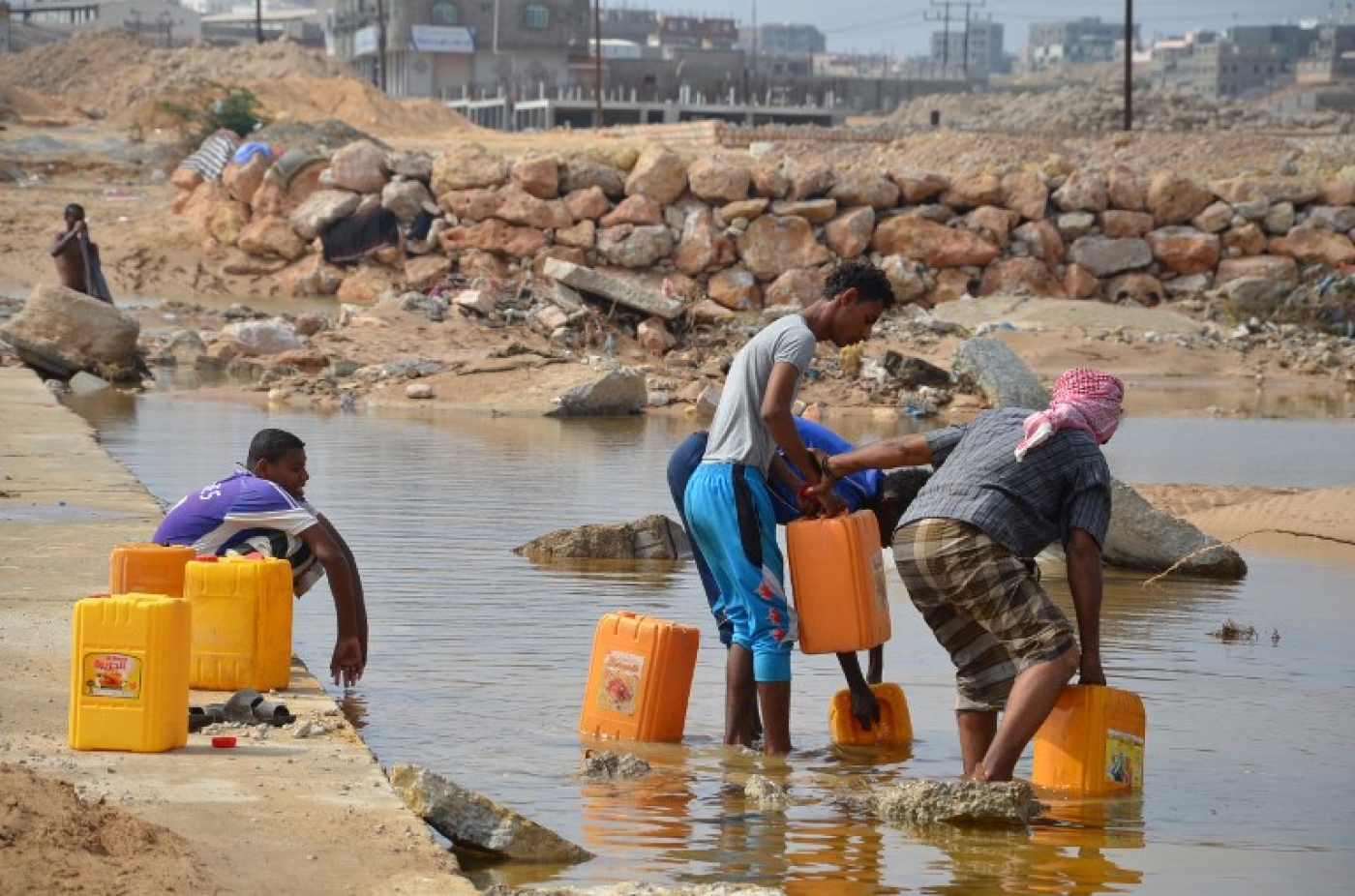 Days before a super cyclone lashed war-racked Yemen last week, residents in the remote district of Roudhoum in southern Yemen picked up warnings on TV and social media, mainly Whatsapp, and decided to desert houses and take shelter in schools and relatives’ houses. Their houses are either made of mud or too close to flood courses.

For two days, Cyclone Chapala ripped into Roudhoum, one of many districts of the southern province of Shawba, and wreaked havoc, uprooting trees and triggering massive floods. Without precaution of early evacuation, most of residents would have died.

Salem al-Gasha’ouri, 24, a farmer from Roudhoum, received his relatives who fled from neighbouring villages in the district. Like those who were displaced, he thought that his house was secure enough to protect them from the approaching heavy rains and floods.

The unprecedented floods damaged the mud houses and caused landslides that buried brick-made houses. Al-Gasha’ouri’s house was partly destroyed and his family survived. “The rain was so strong and caused [a] collapse of part of my house. My family thought it was the crack of doom,” he told Middle East Eye.

When the rains subsided, residents quickly returned to their houses and saw a disaster unfold in their small villages. The mud covered most of the houses. “Fishermen and goat herders lost their sources of livelihood as the floods washed away boats and goats,” said Al-Gasha’ouri, whose farm was also ravaged by the flood. The residents did not wait for aid to come from the outside and instead used their own bulldozers to open roads and unearth their houses.

Yemen, entangled into a war involving the Saudi-backed government and the Iranian-supported Houthis since early this year, was struck by a rare cyclone that mainly hit the remote island of Socotra and the coastal areas in the provinces of Hadramout and Shabwa, killing at least eight people and displacing thousands of others.

But as the country struggles with the aftermath of the cyclone, another tropical storm called Megh slammed into the Island of Socotra on Sunday and is now making its way to Aden and Abyan.

In Shabwa, a local authority declared Roudhoum a disaster area and sent an appeal for urgent humanitarian relief to help thousands of people who left their houses.

Mohsen Al Ghomaishi, a spokesperson for the governor of Shabwa, told MEE that the local authority is unable to cope with the disaster in the district on its own since the province has not yet recovered from bloody clashes between government and Houthis.

“The disaster is big. There are 1,000 houses that were totally or partially destroyed. The floods washed away fishing boats, roads and drinking water system,” Al Ghomaishi said. The number of displaced people in Shabwa as a result of Cyclone Chapala is more than 11,000.

Al Ghomaishi said that a small village called Jala’a has taken the bulk of the damage in Roudhoum where almost all houses were buried under the mud.

In the neighbouring province of Hadramout, the cyclone ruined al-Qaeda-controlled Al Mukalla city, the capital of the province and some villages in the province’s long valley. Communication systems, water pipelines, electricity towers and roads were also destroyed, disconnecting the city from the world for days.

Local volunteers and NGOs have played a pivotal role in minimising casualties said residents. In the absence of an army, police or rescue forces, young people banded together, formed emergency teams and circulated their mobiles everywhere.

They evacuated people who are prone to sea waves and charities provided them with accommodation and food. However, despite succeeding in rescuing many people, thousands of people have been lacking basics especially in the countryside.

Now coastal Hadramout, which has largely survived the civil war has to deal with a new disaster that will leave its mark for years.

Relief workers said that the cyclone has isolated many villages in the province of Hadramout urging the government to airdrop aids to these areas.

The governor of Hadramout, Adel Bahomaid, who is also based in Riyadh has said that the cyclone has displaced 12,000 people and destroyed 120 houses in the province.

The death toll from this month’s cyclone was less than the last tropical storm that hit the province in 2008 when heavy rains abruptly caused flash floods killing dozens of people and leaving thousands of people homeless.

Seven years later, some roads in the province have not been repaired and displaced people have not returned home. On Monday, residents in the city told MEE that communications and electricity have returned, but they are still searching for drinking water.

Socotra Island that was hit first by the cyclone was also the first affected area that received aid cargo from Oman and the UAE. Yemen's government has not put forth a plan to help affected people, apparently leaving efforts to local and regional charities. On Friday, 12 lorries carrying food and blankets crossed the Omani border and entered the eastern province of Mahra.

The Omanis distributed food parcels to 1,500 families. At the same time, a Kuwaiti charity helped 500 families in the island of Socotra with foodstuffs like rice, flour and cooking oil.