David Cameron: Battle against Islamism is 'struggle of our generation' LONDON - The UK’s Prime Minister David Cameron gave a keynote speech in Birmingham on Monday announcing a five-year plan to tackle extremism, which he said is the “struggle of our generation”.

Cameron set out his view that the UK must challenge those who claim people become radicalised because of injustices, war or poverty.

The prime minister’s new plan to battle extremism comes after a recent deadly attack in Tunisia that saw 30 Britons killed by a gunman associated with the Islamic State group.

It also follows news that some 700 Britons of “significant concern” have travelled to fight in the Syrian war, with a third of them having returned to the UK, posing a significant terror risk, according to Metropolitan Police Assistant Commissioner Mark Rowley.

Cameron said that “the root cause of the threat we face is the extremist ideology itself,” which was a reference to Islamism - an ideology he said needs to be better understood so its attractiveness to young people can be remedied.

“Like so many ideologies that have existed before – whether fascist or communist – many people, especially young people, are being drawn to it,” he said.

The Conservative leader also explained why he disagrees that anger at government policies, or wars viewed as attacking Muslims overseas, can explain why some people have joined groups including IS.

“When people say: ‘It’s because of the involvement in the Iraq war that people are attacking the West,’ we should remind them: 9/11 – the biggest loss of life of British citizens in a terrorist attack – happened before the Iraq war,” he said.

“When they say that these [people carrying out attacks] are wronged Muslims getting revenge on their Western wrongdoers, let’s remind them: from Kosovo to Somalia, countries like Britain have stepped in to save Muslim people from massacres. It’s group like [Islamic State], al-Qaeda and Boko Haram that are the ones murdering Muslims.

“Others might say: it’s because terrorists are driven to their actions by poverty. But that ignores the fact that many of these terrorists have had the full advantages of prosperous families and a Western university education.

“I am not saying these issues aren’t important. But let’s not delude ourselves. We could deal with all these issues – and some people in our country and elsewhere would still be drawn to Islamist extremism.”

Baroness Nicholson, a Liberal Democrat peer who was appointed UK's trade envoy to Iraq by Cameron and who also the chair of UK-based charity AMAR that works with Iraqi refugees said that: “Today’s speech is a step up, perhaps even two, three steps up from the current policy.”

Nicholson, who heads up anti-extremism projects and brings Iraqi refugees to the UK to educate people about their experiences, stressed that Britain as a society was failing to learn enough about other religions and cultures and urged for more community coordination.

"The enormity of what is going on has somehow illuded the west. Some people say that it is all due to the Iraq war – which I don’t think it is," she told Middle East Eye. "Perhaps this is all due to the fact that we intervene [in the Middle East] which I think is unlikely. Actually this radicalisation and hardening of attitudes has been going on for 20 to 25 years at least and now it has burst through the surface. The consequence is that we are now faced with [IS] an extreme, violent and rabid organisation which is growing like a fungus."

Prominent anti-extremism public figure Maajid Nawaz, chairperson of the Quilliam Foundation, said on Twitter that he "helped" Cameron with his speech. Nawaz also set out his views on where he believes the problem lies in tackling UK extremism.

Prime Minister Cameron also claimed in Birmingham that there are people in the UK who do not feel a sense of belonging to the country.

"For all our successes as (a) multi-racial, multi-faith democracy, we have to confront a tragic truth that there are people born and raised in this country who don't really identify with Britain – and feel little or no attachment to other people here," he said.

"When groups like ISIL [IS] seek to rally our young people to their poisonous cause, it can offer them a sense of belonging that they can lack here at home, leaving them more susceptible to radicalisation and even violence against other British people."

In response, the prime minister announced a review into how to increase opportunities for young people from minority backgrounds, help people learn English and promote integration in isolated and deprived communities in Britain.

Cameron has in the past condemned UK advocacy group CAGE for suggesting the security services contributed to the crimes of Mohammed Emwazi, a British citizen who joined IS and has appeared in a number of videos purporting to show the execution of two American journalists and two Britons – one an aid worker and the other a humanitarian.

CAGE had documented that Emwazi – who is popularly known in the media as "Jihadi John" – was harassed by the security services for at least four years prior to his joining IS in 2013.

CAGE spokesperson Cerie Bullivant lashed out following the latest speech: “To outlaw genuine religious expression and political beliefs because they are perceived to be anti-democratic or at odds with the mainstream would put an end to centuries of development in civil liberties. All new ideas and thought start from a point of being seen as being against mainstream values.”

“Not only will it criminalise many more Muslims and thus alienate them from British society but it will also change the nature of the relationship between British civil society for future generations for all citizens. This is a fundamental assault on basic rights and freedoms.”

Cameron also ordered a review into the activities of the Muslim Brotherhood in April last year, announcing at the time that he would challenge "the extremist narratives that some Islamist organisations have put out".

Publication of the review has been repeatedly delayed by the government, allegedly due to it not condemning the Brotherhood as terrorists. The review was originally rumoured to have been commissioned under pressure, according to the Financial Times, from British Gulf allies Saudi Arabia and the United Arab Emirates, who have both outlawed the group. 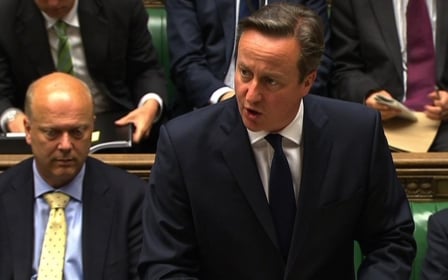 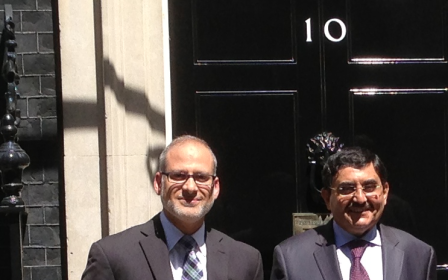