A boy eats in candlelight during a blackout in Tripoli, Libya, January 2017 (Reuters)
By
Nadine Dahan

TRIPOLI, Libya - Power cuts have become an almost constant feature in Libya. But as temperatures in the oil-rich country reached 46C degrees last month, most of the western area was plunged into darkness for periods lasting as long as 14 hours in some cities, sparking protests.

Since the middle of July, western Libya has had only intermittent power, with some areas suffering multiple cuts a day, some lasting as long as nine hours.

As temperatures soared, the lack of air conditioning, refrigerators and other devices - including essential medical machinery - left residents desperate for a solution.

"Our houses are just too hot this time of year," a Tripoli resident, Maha Abdullah, told Middle East Eye. "We have no choice but to take the children to the beach. At least that way they can cool down in the water, and the temperature is slightly lower right by the sea."

Protesters first took to the streets in the capital in early July, blaming the UN-backed Government of National Accord (GNA) and the General Electricity Company of Libya (GECOL) for the “unbearable” conditions.

Protests have continued and have spread to other cities, including Sabratha, Zintan, Sirte and Aziziyah, with demonstrators burning tyres and blocking main roads as part of their call for an end to the power cuts.

Municipal officials in areas of Tripoli have called on the GECOL leadership to step down if they are unable to solve the crisis, promising to expand protests should essential services remain intermittent.

Coping with the heat

Libya has been mired in a continuous state of war since of the overthrow of Muammar Gaddafi in 2011 amid the revolution that arose during the Arab Spring. It has been hit often by power cuts in recent years, as unrest continues across the country.

With temperatures reaching unusual highs, many Libyans have resorted to spending extended periods of time by the sea to escape the heat of their homes during power outages.

With over 1,200 miles of coastline, the North African country features some of Africa’s most pristine beaches.

Residents of the coastal city of Zuwara have taken to erecting tents along the shore in an attempt to find respite from the day's scorching sun.

The occasional cool sea breeze and shade of the tents provides residents with a brief respite from the heat.

Fariha, a resident of Zuwara, said: “What kind of a life is this? We don’t even have the basics. Some homes lose running water when the power cuts off. Imagine you have a small baby or elderly member of the family and they are left without necessities like water or medical machinery like oxygen pumps."

While the heat of the day is worst in the early afternoon, residents prefer power cuts during the day in the hope that they will be able to sleep comfortably with air conditioning or fans during the night.

This recurring phenomenon has claimed many lives in recent years, with newborns, especially those born prematurely, often falling victim. Incubators are crucial for the wellbeing of these infants and with many hospitals lacking their own private generators, the reality for many during lengthy power cuts such as this one, is death.

In addition to infants and children who require constant medical attention, the elderly are also some of the most affected.

“The heat is causing my mother to weaken and she’s had a fever on and off for days. She is 90 years old, this is not fair,” a resident told MEE as she pressed a damp compress to her mother’s forehead.

The wave of outages came as final exams for secondary school certificates were underway. The certificate, which is the highest academic qualification given in schools, is extremely important for students to continue their studies at university or other higher education institutions.

However, the frequent long power cuts have hindered students’ ability to prepare for the exams.

Noor Assem, a secondary school student, told MEE: “You try and study, and then you’re suddenly thrown into darkness. Then you get your phone or chargeable torch out to try and carry on, but then the charge runs out and you’re left in the dark.

“It gets too hot so we open the windows to try and let some air in, but instead all we get are mosquitos that bite us. It’s impossible to get any work done,” she said. “It’s like they want us to fail.”

Business owners have also suffered from the cuts, especially shopkeepers and those involved in the food business.

Regular and unannounced cuts have also contributed to the inflation of food prices across the country. With fridges, freezers and other coolers constantly losing power, food waste has increased, forcing traders to increase stock prices to compensate for losses.

Additionally, when the power goes out, mobile-phone and internet signals vanish, inhibiting communication. In addition, electronic devices have been damaged from the random and frequent bursts of electricity which have become common occurrences in most cities.

The company said in a press conference last month that the only solution to the cuts at the moment is for all areas to commit to load shedding, meaning that all areas will endure shorter cuts at different times, ensuring that usage does not exceed capacity.

However, some power plants have refused to commit to load shedding, refusing to cut power on their area’s residents. GECOL added that some parties are using force to remain outside the scope of power cuts.

"You hear of places that never have power cuts, like Zawiya and Janzoor," Ahmed, a resident of Tripoli's Injeela district told MEE.

"And it makes sense. Zawiya has the oil port, and Janzoor is the base of one of the main militias in the capital," he added, referring to areas in the west of Libya.

GECOL put the blame on plants - including Zawiya's power plant - refusing to commit to the load shedding programme to prevent any potential collapse of the power network.

“We promised that there would be 7,000 megawatts available for use during the summer of 2018. However attacks and shutdowns, as well as other issues, prevented that from happening,” a GECOL official said in the press conference.

The company is urging citizens to reduce their electricity consumption as part of their load shedding plan, calling on people to disconnect their boilers during the summer months, and refrain from leaving air conditioning on when no one is in.

However, for many residents, saving electricity is tough ask when most of the day is spent living without.

"As soon as the electricity comes back, all of the air [conditioning units] go on," said Maha in Tripoli. "In our flat, we have three and we put them all on the highest setting in the hope that it will stay cool for a while even after the next cut begins." 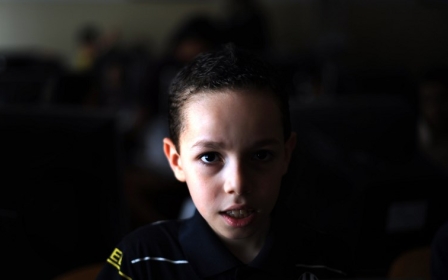 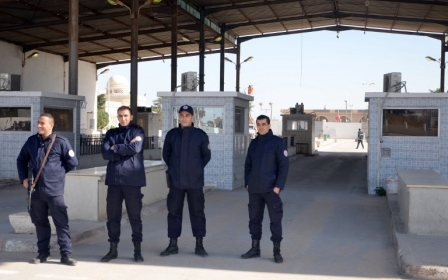