Death toll of migrants drowned off Tunisian coast rises to 60 At a morgue in Sfax, relatives carry a coffin holding an immigrant who drowned this weekend (Reuters)
By
MEE and agencies

The number of migrants killed when a ship sank off the Tunisian coast last weekend has risen to 60, the United Nations said late on Monday.

The UN's International Organisation for Migration (IOM) estimates the death toll could rise to 112 people.

The boat, which was carrying Tunisians and migrants from other countries, sent out a distress signal on Saturday night as it got into trouble off the coast of Sfax.

On Sunday a large rescue operation was conducted, including military aircraft and divers, in an attempt to rescue the 180 people the Tunisian authorities suspected of being aboard the boat.

"Among the 60 victims transferred to the forensic department at Habib Bourguiba hospital in Sfax, 48 are Tunisians... 12 are non-Tunisian, the identifications are in progress," said Lorena Lando, chief of mission at the IOM in Tunisia.

Survivors said the boat’s captain abandoned his vessel when it began to sink, fearful he would be arrested by the coastguard.

Migrants are increasingly using Tunisia as a route to Europe via the Mediterranean Sea.

Libya’s coast, which traffickers previously favoured, now has tighter controls after efforts by the Libyan coast guard and armed groups.

According to the IOM, between the new year and 30 April, 1,901 Tunisian migrants reached Italy compared with just 231 for the corresponding period in 2017. Of that number, 39 were women and 307 children – 293 of which were unaccompanied.

On Monday, crowds gathered in Sfax eager to hear any information about their friends and relatives who were on the boat.

A crisis centre to support survivors and the victims’ families has been set up following a cabinet meeting.

Were the death toll to reach its predicted number, the shipwreck would be the worst for months. In February, 90 people drowned off the Libyan coast.

More than 650 migrants have been recorded as missing or dead in the Mediterranean Sea in 2018 so far. Some 33,000 have succeeded in making the crossing to Europe. 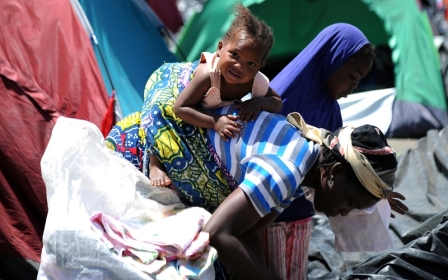