Denmark charged three members of an Iranian Arab opposition group on Thursday for supporting and financing terrorist activity in Iran with the help of Saudi Arabia's intelligence services.

The three members of the Arab Struggle Movement for the Liberation of Ahvaz (ASMLA) were arrested in February last year and have been held in custody ever since.

"This is a very serious case where persons in Denmark have carried out illegal intelligence activities and financed and promoted terrorism from Denmark in other countries," Denmark's public prosecutor, Lise-Lotte Nilas, said in a statement. The trial will begin on 29 April, with the defendants facing prison sentences of up to 12 years.

Last year, the Danish foreign ministry summoned Saudi Arabia's ambassador to Denmark after members of the ASMLA were arrested by local police.

The trio, all living in Denmark, had already been facing prosecution since February on charges of spying for Saudi intelligence.

According to Danish intelligence service PET, they worked for Riyadh between 2012 and 2018.

They are also said to have been targets of a planned attack on Danish soil late in 2018, which Copenhagen suspects was sponsored by the Iranian government in retaliation for the killing of 24 people in Ahvaz, southwestern Iran, in September 2018.

The Iranian government had previously denied that allegation.

"It is completely unacceptable that foreign countries and their intelligence services bring their conflicts to Denmark and that Denmark is used as a starting point to finance and support terrorism," said PET Director Finn Borch Andersen in a statement.

ASMLA, a group advocating for Iran's Ahwazi Arabs, is based in Denmark and the Netherlands, according to Dutch authorities. 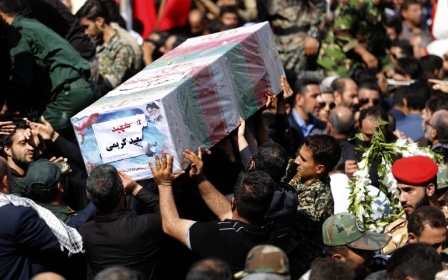