Dismay in Germany as anti-migrant AfD marches into parliament

Jewish groups express alarm at AfD's success; European Jewish Congress urges other parties not to form alliance with them 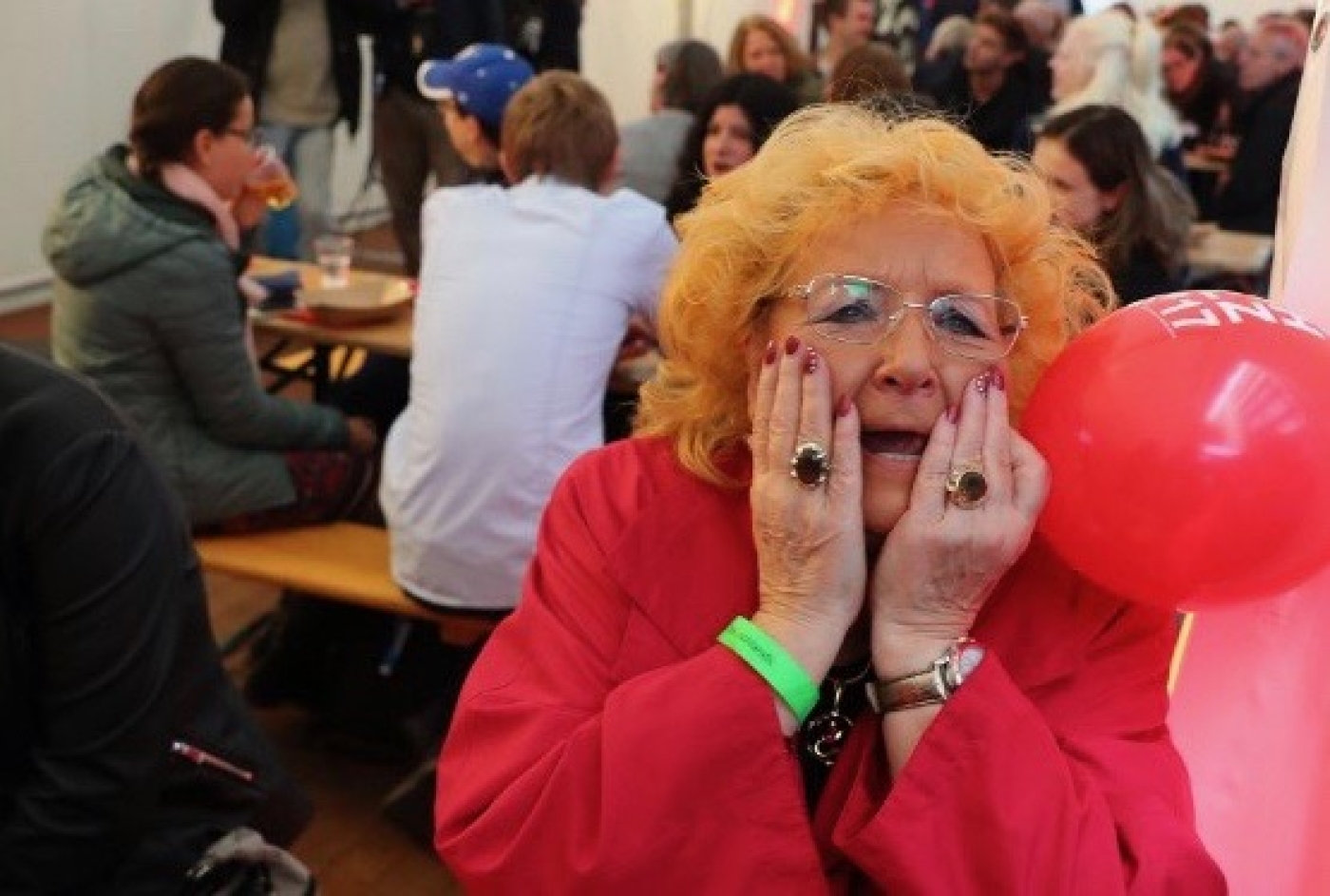 The Alternative for Germany (AfD) on Sunday became the first hard-right, openly anti-immigration party to enter parliament with so many seats since World War II, breaking a taboo in spite of calls to halt "the Nazis" in their tracks.

Exit polls credited the AfD with around 13 percent of the vote, making it the third-biggest political force in Germany - a stunning result for a party that was founded just four years ago.

"We will change this country," vowed Alexander Gauland, one of the party's top candidates, pledging to "go after" Chancellor Angela Merkel's government.

The results mean at least 60 AfD lawmakers will sit on the opposition benches and be able to spread their views, including challenging Germany's culture of atonement over World War II and the massacre of six million Jews and others in the Holocaust.

International and domestic Jewish groups expressed alarm at AfD's success, with the European Jewish Congress (EJC) urging other parties not to form an alliance with them, Haaretz reported.

Merkel, a Christian Democrat, said on Sunday that the anti-immigration AfD poses a "big new challenge" with its entry into parliament, as she admitted hoping for a better score in the election.

"There's a big new challenge for us, and that is the entry of the AfD in the Bundestag," said Merkel, adding: "We want to win back AfD voters."

The International Auschwitz Committee warned that the "conglomerate of anti-Semites, enemies of democracy and nationalistic agitators" will bring "an inhuman coldness" to the glass-domed chamber of the Reichstag building.

"We trust that centrist parties in the Bundestag will ensure that the AfD has no representation in the coming governing coalition," Israeli newspaper Haaretz quoted the EJC as saying. "Some of the positions it has espoused during the election campaign display alarming levels of intolerance not seen in Germany for many decades and which are, of course, of great concerns to German and European Jews." 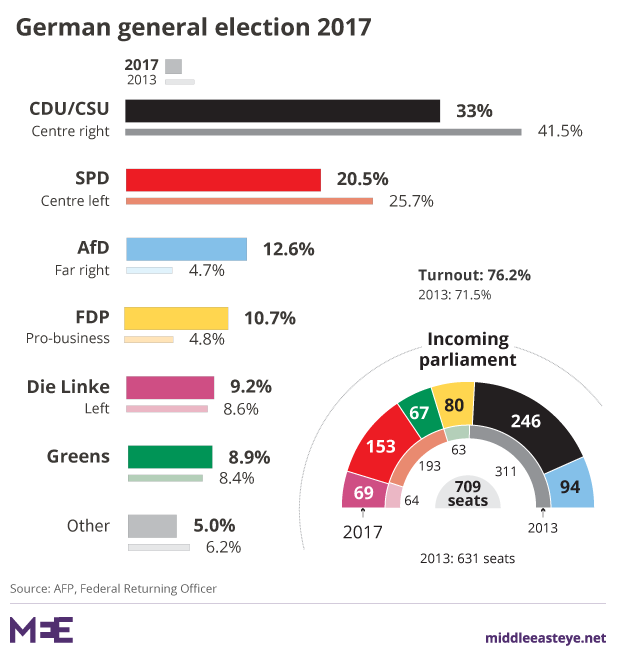 The Sueddeutsche Zeitung daily called the election "a watershed in the federal republic's history, comparable to the first vote of a unified Germany in 1990, although that case was a welcome event".

"For the first time in more than 50 years, a nationalist, extreme-right, broadly racist party will sit in the Bundestag ... That is sad, shameful and will change the climate in the country."

The AfD began life as an anti-euro protest party but then shifted focus to capitalise on misgivings over the record one million asylum seekers who have arrived in Germany since 2015.

Its tone turned increasingly extreme in the last stretch of election campaigning, with one of its two leading candidates saying Germany should be proud of its war veterans and claiming that terror was grounded in Islam.

Its supporters heckled Merkel's rallies across the country, jeering, whistling and chanting "get lost" in attempts to drown her out.

Foreign Minister Sigmar Gabriel, a Social Democrat, has warned that "for the first time since the end of the second World War, real Nazis will sit in the German parliament". The Greens party has used the same term.

Merkel, more cautiously, urged voters to choose "the parties that are 100 percent loyal to our constitution".

The AfD will be a pariah in the Bundestag as all mainstream parties have said they won't work with it, but the party could still be vocally disruptive from the opposition benches.

A commentator in Spiegel weekly blamed Merkel for the rise of the AfD, saying she should be voted out simply for failing to stop "the Nazis from entering the Bundestag" on her watch.

Is the far-right AfD’s likely success today worrying? Absolutely. Is it a return to the 1930s? No https://t.co/Jk9E9Mtgzm Post From www.ow…

Critics say widening social inequality, despite record employment, is also playing into the hands of AfD populists, who are most popular in the deindustrialised heartlands of the former communist east.

Thorsten Benner, director of the Global Public Policy Institute in Berlin, said the AfD's rise shows that "Germany is not so different from other European countries, where there are strong rightwing populist forces."

"Our population is no more virtuous than the French population," he noted, saying that even France's far-right leader Marine Le Pen "pales in comparison".

The party "will challenge key themes" in parliament, he said, pointing to Germany's culture of wartime remembrance and debate on cultural identity.

AfD's Gauland recently called for Germans to stop atoning for the past.

He also said integration commissioner Aydan Ozoguz should be "disposed of in Anatolia," suggesting she will never be German because of her Turkish origin.

The presence of the AfD "will very much change the tone of debate in parliament," Benner warned.

But Manfred Guellner, who heads the opinion poll institute Forsa, predicted that the AfD will self-destruct in the Bundestag.

"The AfD will disintegrate because that's what happens to sectarian groups from the right," he told Neue Osnabruecker Zeitung.

Protests broke out in several German cities against the AfD hours after the voting.

Hundreds of people gathered in front of a club where the AfD was celebrating in central Berlin, shouting "Nazis out" and "all of Berlin hates the AfD".

Smaller protests were held in other German cities, including Cologne in the west, where about 400 people gathered, and in the northern port city of Hamburg, where demonstrators marched towards the party's local headquarters. 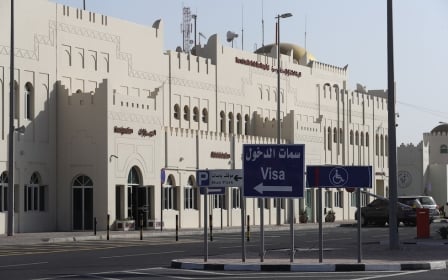