'Donald Trump betrayed us': US cracks down on Iraqi Christian immigrants 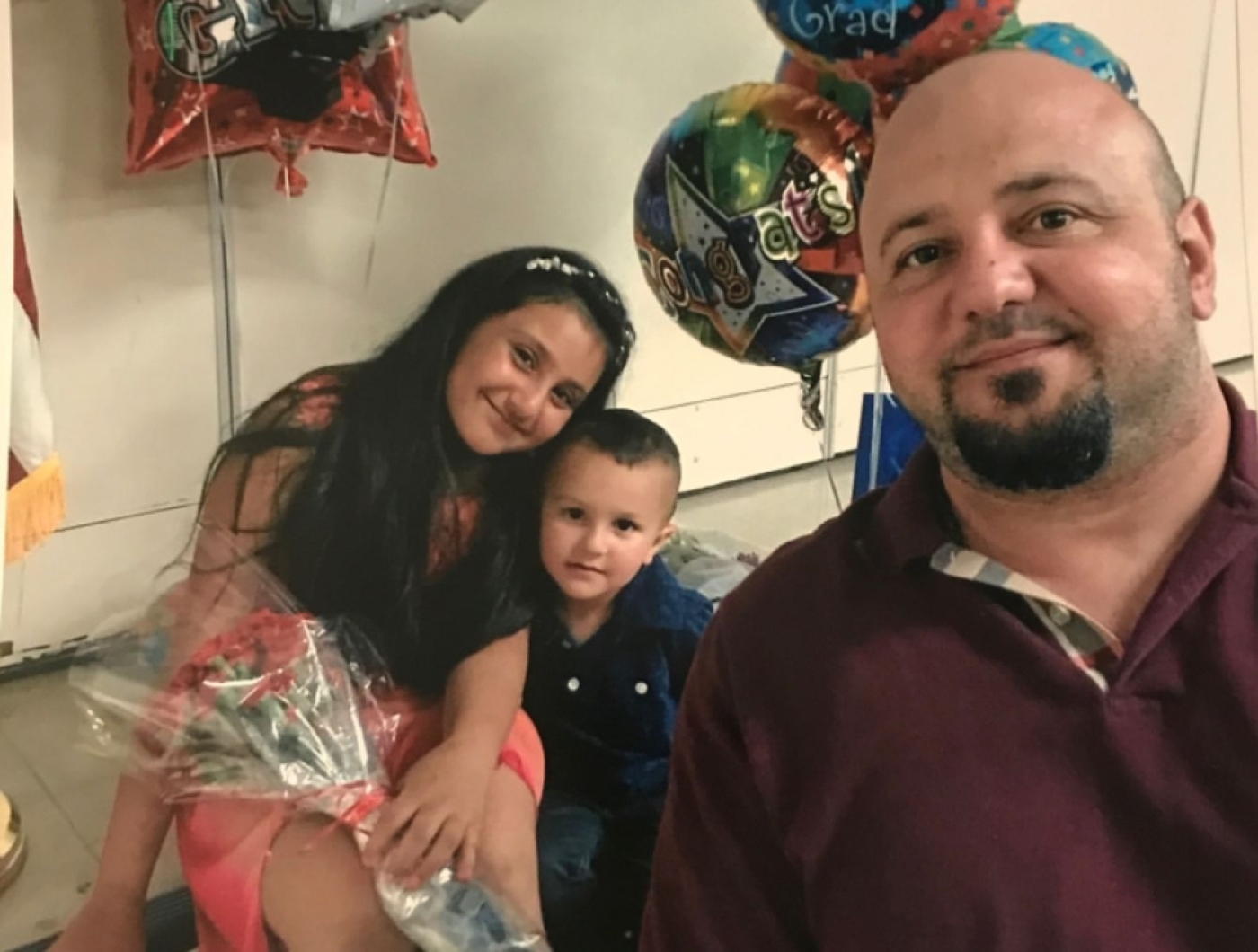 Haydar Butris' three-year-old son keeps crying and asking when his dad will return home. The father of three was detained by US immigration authorities on 11 June as a part of a sweeping crackdown on Iraqis in Michigan and across the nation.

As a result of the deal that saw Iraq removed from President Donald Trump's "Muslim ban," Baghdad has agreed to accept deportees from the United States. Before the agreement, Iraqi immigrants with removal orders had enjoyed a normal life in the US for decades.

More than 100 Iraqis, mostly Christians, have been arrested over the past week in Michigan, and they face being sent back to their home country.

Community activists say deportations may amount to death sentences for those immigrants, many of whom have lost all ties to Iraq, where Christians and other religious minorities have suffered attacks by militants labeled as "genocide" by the US government.

"They are devastated," Martin Mansor, Butris's brother said of his sibling's children.

Butris, 39, like most Iraqis arrested this week, is facing removal from America because of a crime he committed years ago. He was convicted in 1998 on a drug-related charge. He had come to the US legally at age 16 in 1993, but the offence violated the terms of his immigration visa.

US Immigration and Customs Enforcement (ICE) agents knocked on the door and said they were there for Butris without showing an arrest warrant, Mansor told Middle East Eye.

"His oldest daughter came downstairs, and she saw her dad being handcuffed and taken away," Mansor, who also witnessed the raid, said describing his 12-year-old niece. "Everybody broke down. They were ... in tears."

Chaldeans, an ethnoreligious Catholic group native to northern Iraq, have been the main victims of this week's immigration arrests.

Wisam Naoum, an attorney advocating for the detainees, called the raids a "coordinated attack against this community in particular and people of colour generally by this administration".

He said Iraqi immigrants were nabbed from outside churches, restaurants, coffee shops and their own homes on Sunday.

Asked about the general atmosphere in the Chaldean community, Naoum said: "Fear, anger, dismay and betrayal."

He explained that Iraqi Christians in Michigan overwhelmingly voted for Trump in the election - support that he said was vital to the Republican candidate's slim victory in the state.

Trump won Michigan by fewer than 11,000 votes, while Chaldeans in the state are estimated to number more than 100,000 people.

Naoum said Chaldeans thought Democrats' policies in the Middle East were "ineffectual," so they listened to Trump, who portrayed himself as a strongman and promised to protect their communities in the homeland and the US.

"They bought it, and they voted wholesale for Donald Trump," Naoum told MEE.

He added that it is ironic that one of the Iraqi restaurants in Sterling Heights that was raided for immigrants had hosted a Trump victory party after the election. The northern Detroit suburb is home to a large Chaldean community.

"Donald Trump betrayed us," Naoum said. "These people are just dismayed. They didn't think that people were going to be raided and deported en masse this way."

ICE, the agency tasked with detaining and deporting undocumented immigrants, has defended the rounding up of Iraqi nationals, framing it as a public safety issue.

"The operation in this region was specifically conducted to address the very real public safety threat represented by the criminal aliens arrested," Rebecca Adducci, field office director for ICE Enforcement and Removal Operations Detroit, said in a statement.

But community activists and lawyers told a different story. They said almost all of those detained do not pose threats to society.

Dass is filing emergency immigration motions to suspend the deportations of his clients, based on circumstances in Iraq. He is also reopening the old criminal cases of the detainees to dismiss or change the convictions.

"Often times in these people's cases, they didn't understand what they're pleading guilty to, they didn't know the process ... they had bad lawyers," Dass told MEE.

Naoum also rejected ICE's claim that the detainees are "hardened criminals," saying that some of them do not even have criminal records.

"This is pretext to round up more brown people and kick them out," he said.

"In every case where there was a conviction, people served their time and repaid their debt to society," he said. "They've become rehabilitated. They've got families. They've got careers. They've got businesses."

Naoum said deporting people to a country they have not been to in decades is absurd, adding that many Christians would be walking around with a target on their back in Iraq because of their names, appearance and religion.

The Iraqi community has been rallying support, organising protests and waging legal battles to prevent the deportations of these detainees.

The American Civil Liberties Union (ACLU) filed a federal lawsuit on Thursday to stop the government from sending the immigrants back to Iraq.

Kary Moss, executive director for the ACLU of Michigan, said in a statement that the deportations would not only be immoral, but also illegal as they violate US and international law and treaties.

So where would I go? He's my mother. He's my father. He's everything that we have

"Petitioners are Iraqi nationals who have resided in the United States, in many cases for decades. They now face imminent removal to Iraq, and the very real probability of persecution, torture or death," the ACLU's legal complaint reads.

It is not only Chaldeans who are suffering from the crackdown. Iraqi Shia, Kurds and refugees also face being sent back to the war-torn country.

Brianna al-Dilami, wife of 38-year-old Ali al-Dilami who was arrested in Ohio on Sunday, told MEE that she and her children would have to move to Iraq if her husband is deported because he is the sole provider for the family.

The couple have two children aged 18 and three.

"They just said, 'You're Ali al-Dilami; you're under arrest,'" his wife said, describing the raid.

Al-Dilami, who is a named plaintiff on the ACLU lawsuit, spent five months in jail 17 years ago for an assault conviction that his wife said stemmed from a fight where he was attacked first. He had come to the US as a refugee in 1998.

"We have been married 19 years, it will be 20 in October. So where would I go? He's my mother. He's my father. He's everything that we have," an emotional Brianna said.

Shahd Atiya, an Iraqi American lawyer, said it is hard to make sense of the sudden targeting of Iraqi immigrants.

"Politically speaking, I can't give people an explanation, and that's really hard for people to deal with - to think, 'I know you're a human being, but you're just part of some political machine that's beyond me and you'," Atiya told MEE.

A letter by six members of Congress from Michigan, including Sander Levin, a Democrat whose district includes Sterling Heights, urged Department of Homeland Security Secretary John Kelly to halt the deportations.

"On behalf of our constituents, we are writing most urgently and with grave concern about a large number of Iraqi-American immigrants who are being placed in detention and are awaiting removal," reads the letter, sent by five Democrats and one Republican. It added that the detainees would be put in "great danger if deported to Iraq". 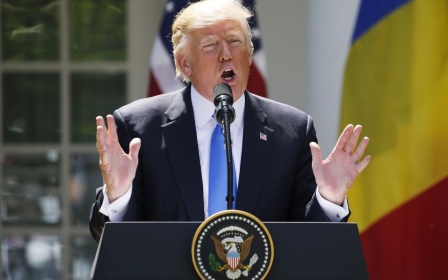 Trump
Trump lashes out over probe into possible obstruction of justice