White House says killing of Zawahiri is proof US can conduct 'over the horizon' strikes in Afghanistan, but it might not be so lucky next time, former officials and diplomats tell MEE 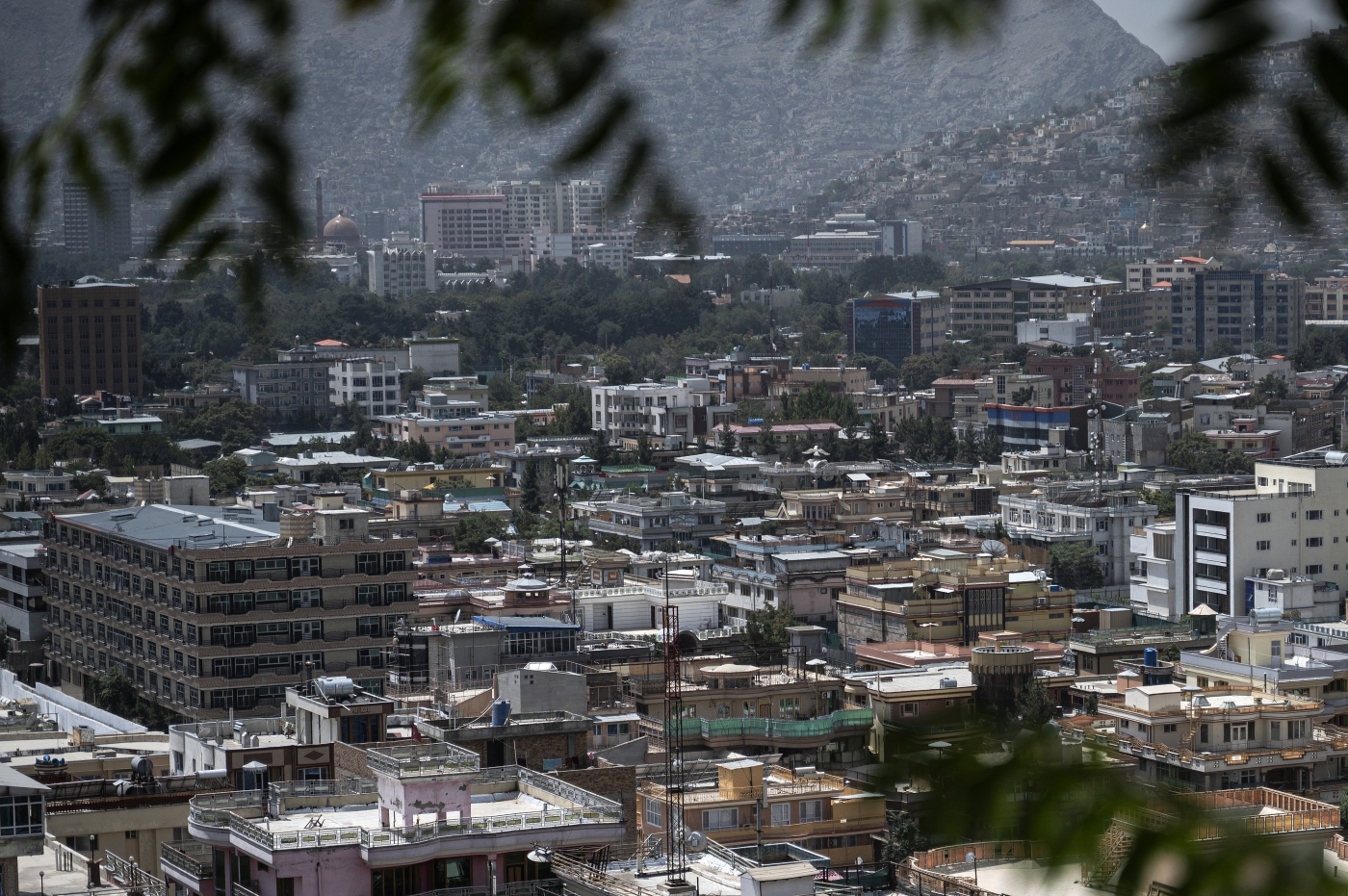 A view of the Shirpoor area in Kabul where al-Qaeda chief Ayman al-Zawahiri was killed by a US drone strike, 2 August 2022 (AFP)
By
Sean Mathews

The drone strike on Ayman al-Zawahiri has raised questions about whether the US can successfully replicate the al-Qaeda leader's assassination amid concerns that Afghanistan has re-emerged as a safe haven for US targets.

The White House has billed the Sunday strike on Zawahiri as a fulfilment of President Joe Biden's pledge to successfully conduct counterterrorism operations inside Afghanistan without a permanent US military presence, a strategy known as "over the horizon".

The concept is simple and attractive for a country and leaders who have grown weary of foreign entanglements. In practice, it means the US relies on drones and surveillance, along with local intelligence, to take its foes out from afar. Weapons can be deployed from friendly regional countries or even the US itself.

'Kabul is one of the rare places in Afghanistan where we have a residual capability of stay-behind, friendly sourcing'

The drone strike on Zawahiri was the first time the US has put the over the horizon strategy into practice in Afghanistan since its chaotic withdrawal from the country last year.

"I think if you were to ask the members of al-Qaeda, ask them how safe they feel in Afghanistan right now, I think we proved to them fairly well this weekend that it isn't a safe haven and it is not going to be going forward," John Kirby, a spokesperson for the National Security Council, said shortly after the strike.

Yet analysts and former officials cautioned against using Zawahiri's death to make projections about US tactical abilities in the future.

Mick Mulroy, a former CIA officer and senior Pentagon official, welcomed the strike as a victory for the US, calling it "a masterclass on how to carry out counterterrorism operations," but told Middle East Eye: "This was done despite the obstacles created by a complete withdrawal from Afghanistan, not because of it."

The al-Qaeda chief was pinpointed to an upscale Kabul neighbourhood where he was staying in a windowed, top-floor apartment and developed a set pattern of behaviour such as going onto his balcony alone.

According to the White House, Zawahiri's family took measures to avoid detection when they left the apartment, but it appears the al-Qaeda leader was at ease after the return of the Taliban to Afghanistan.

"Zawahiri got sloppy," Michael Pregent, a former US intelligence officer who served in Afghanistan and as a top Middle East policy official at the Pentagon, told MEE.

The US spent nearly two decades fighting in Afghanistan, but there is perhaps no area officials know better than Zawahiri's chosen home. The Shirpoor neighbourhood where he was killed once housed dozens of Western embassies, and several embassies still operate close by. It is a short distance away from the presidential palace and the former US military headquarters.

"Kabul is one of the rare places in Afghanistan where we have a residual capability of stay-behind, friendly sourcing," a former US national security official told MEE on condition of anonymity.

"There was planning for covert stay-behind capabilities [before the withdrawal] and it's easier done in Kabul than in a remote village in Helmand," the former official added, referring to the rural Afghan district that saw some of the fiercest fighting in the country's two-decade war.

The operation's success is a boost to US efforts to counter threats in Afghanistan with drones, particularly after a strike in Kabul last year killed 1o civilians without hitting Islamic State militants the US believed to be at the site. But Zawahiri's presence in Kabul has also crushed hopes that the Taliban wouldn't welcome groups such as al-Qaeda back into the country.

Following the Zawahiri strike, Washington accused the Taliban of breaking a peace deal - the Doha agreement - that led to the US pullout from Afghanistan, by serving as a safe haven for America's foes.

The Taliban responded, accusing the US military of violating the deal. On Thursday the group said they had no knowledge of Ayman al-Zawahiri's presence in Afghanistan.

Regardless, analysts say the revelation of the al-Qaeda leader's presence in the country, not least in the capital, is a pivotal moment for the two countries' relations, and one which could see drone strikes increase.

"The value of this kind of covert action should not be underestimated," Javid Ahmad, Afghanistan's former ambassador to the UAE, and currently a non-resident fellow with the Middle East Institute, told MEE.

"If I was advising US decision makers I'd tell them they should be expanding their target package to go after operational figures and Taliban and Haqqani members," he added.

Senior US officials were first informed about Zawahiri's whereabouts in April. The US then spent months conducting surveillance and monitoring him. A model of the al-Qaeda leader's home was even built so Biden could weigh the risks of civilian casualties before ordering the strike.

Such meticulous planning may not be feasible for lower-level targets, former US officials say, and the US may not have the luxury of waiting weeks to issue a strike if an attack on the US is imminent. These factors will test US capacity to carry out precision strikes where officials say the US lost 90 percent of its intelligence capabilities after the pullout.

"This was a very extensive intelligence operation," Mulroy said. "If given enough time, quality sources and information we [US] can get to somebody in Kabul. I don't think that is necessarily true of all the other areas around the country."

The 71-year-old Zawahiri had become more of an inspirational leader for al-Qaeda than an operational asset. Analysts and officials say Washington's reliance on remote capabilities could limit its ability to detect threats, particularly in rural areas.

"We have the over the horizon capability to hit something we know about, but it's now a lot harder for us [the US] to know about things in order to hit them," Pregent said.

Besides intelligence, the US also faces logistical challenges as it looks for staging grounds into Afghanistan. While the White House has not disclosed the launch site for Sunday's strike, former US intelligence officials tell MEE it was probably Qatar.

Both Qatar and the UAE, where the US also has bases, are hundreds of miles from Afghanistan. The distance limits the amount of time drones can stay over their target. "The problem with launching from the Gulf is that you loose loitering time," the former national security official said.

The US has been looking for bases in Central Asia. In June, General Michael Erik Kurilla, who heads US Central Command, visited countries in the region, but he said any military-to-military cooperation would come in "incremental gains" and specifically stated he didn't ask about drone bases.

"I think the military and the agency [CIA] working together are trying to facilitate agreements" on staging grounds, Mulroy said.

Former officials say Uzbekistan would be an obvious choice for a drone base. The US maintained a military base there until 2005. Russian President Vladimir Putin had also reportedly offered the US access to Moscow's bases in Tajikistan and Kyrgyzstan, but the war in Ukraine sent ties plummeting. 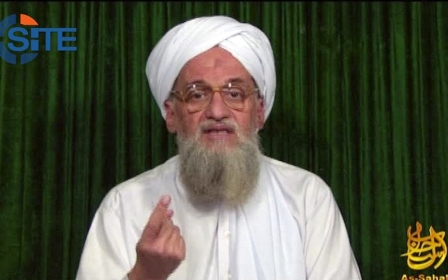 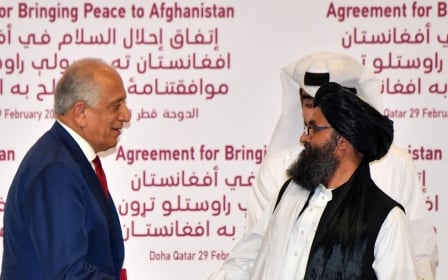