A senior Saudi official said on Wednesday that there is “evil filth” among the Shiite community in the country's Eastern Province.

Activists told Middle East Eye the comments were the first openly sectarian remarks made in public by a Saudi prince, and that they represent a rising tide of state-sanctioned divisive rhetoric since the beginning of Riydah’s military intervention in Yemen last month.

Saud bin Nayyef bin Abdel Aziz, governor of the Eastern Province since 2013, made the comments during a speech in provincial capital Dammam lamenting the killing of two police officers shot dead by unknown assailants in the capital on Wednesday.

“There are good men [in the Eastern Province],” he said, according to local news site al-Madina. “And there is also evil filth.”

“While our country is going through what it is going through and standing together as one block, we find the descendants of the fickle Safavid Abdullah Ibn Saba who try to divide that block,” he added, referring to the war in Yemen.

“There is no value in that – the noble people of this country are always with the right, and will not allow this troop to disrupt the security of our country.”

The Safavid dynasty ruled Iran for centuries, and made Shiite Islam the state religion of the empire in 1501.

Groups including Islamic State have used a reference to it to spread the slur that Shiite Muslims are “snakes encircling the necks of Sunni Muslims”.

Abdullah Ibn Saba is a semi-historical, semi-mythical figure said to have been a Jewish convert to Islam in the seventh century who, some religious references claim, sought to destroy Islam from within.

It has also been claimed that Ibn Saba was the founder of Shiite Islam, but this is roundly rejected by followers of the sect and is agreed to have no historical basis.

Saudi human rights activists said Abdel Aziz's comments were the first to be made in public by a senior official that appeared to be openly sectarian.

“Saud bin Nayyef spoke in clear discriminatory language about Shiites, and I believe this is the first time a prince has spoken publicly in such terms,” said Ali Adubisi, head of the European Saudi Society for Human Rights.

Activists in the Eastern Province said the governor’s comments reflected how widespread sectarian rhetoric has become in the kingdom.

“If you look at any local media here – as well as in the mosques – it is all full of sectarianism,” a resident of Qatif in the Eastern Province, who asked to remain anonymous, told MEE. “Everybody is talking about Shiite and Sunni, saying the Shiites endanger the safety of the Sunnis.”

The Qatif resident said that the rise in sectarianism has been a direct result of the military intervention in Yemen.

“Even the educated, liberal people have joined in. These people usually speak about freedom, sharing life together, but now – because of the war in Yemen – they have gone back 1,400 years to talk about sectarian divisions,” he said.

“But the war in Yemen is not a religious war. It is a political war.”

The Houthis follow the Zaydi branch of Islam that straddles Sunnism and Shiism - however, they have been regularly portrayed as Shiite Muslims by much media coverage. Iran has been accused of backing the Houthis, which has culminated in the portrayal of Yemen being a ground for proxy war between Sunni Saudi Arabia and Shiite Iran.

Yemen analysts have said, though, that there has been “a great degree of exaggeration of these ties” between Iran and the Houthis.

“The Houthis are glad to have Iran’s political support,” Adam Baron, fellow at the European Council on Foreign Relations, told National Public Radio in the US recently. “They’re glad to have some financial and military support.”

The Houthis – from their base in northern Yemen – have long complained of political and economic marginalisation. However, they too have been accused of spreading sectarian divisions in Yemen during an advance that saw them takeover the capital Sanaa in September 2014.

Despite the locally-driven, grievance-led nature of the current Yemeni political turmoil, in Saudi Arabia activists said the conflict has been wrongly portrayed as a problem of religion.

“The government has opened the floodgates of sectarianism by allowing the media, mosques and officials to portray the intervention in Yemen as a religious issue,” a resident of Awamiyah, where government forces recently launched security raids, told MEE.

“It’s like we are living back in the 1980s under King Fahd again – a lot of sectarianism, unstable economics. People are worried about the future,” he said, asking to remain anonymous.

King Fahd bin Abdulaziz al-Saud ruled Saudi Arabia from 1982 until 2005. When he came to power, shortly after the 1979 Iranian revolution, there was a near-decade long period of mass civil disobedience by Saudi Arabia’s Shiite minority – who make up 10 to 15 percent of the country’s 29 million strong population and have long complained of government discrimination.

A 1993 agreement with King Fahd brought civil unrest to an end in exchange for relaxed political restrictions - however, over 20 years later residents in the Eastern Province said nothing has changed and that people now want to take to the streets again.

“There are two groups fighting for supremacy in the Eastern Province – the streets and the leaders,” the Qatif resident said. “The leaders want no problems with the government and work to keep the streets quiet.”

“But the people are angry and want direct action to make their voices heard,” he added, explaining that sporadic unrest inspired by the Arab Spring will inevitably reignite without substantive change of the lives of people in the Eastern Province.

He said the community in the Eastern Province desires an end to government discrimination and want opportunities to improve what remains a poverty-stricken – although oil rich – region of Saudi Arabia.

However, though he said the issues relate to specific grievances, the spectre of sectarianism threatens to engulf not only Saudi Arabia but the entire region.

“Frighteningly, the sectarian issue in Saudi and the wider Middle East has already started and it will be very difficult to stop it now.” 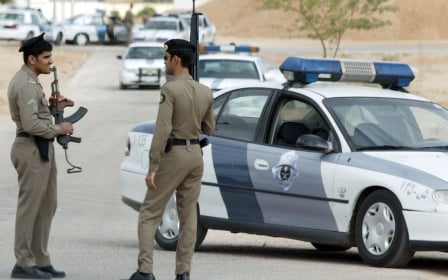